The message from Charles Koch is clear. Fascism and authoritarian government are part of the Koch business model. Domestically he sees lower wages and an impoverished populace as desirable conditions.

Much has been written about the Koch brothers, Charles and the late David. There are other prominent members of this very rich family, but Charles is now the main malefactor that needs a bit more of a spotlight. Let’s start with a primer about Koch Industries. The businesses under the Koch brand are diverse, ranging from companies that deal with energy to spandex. Koch companies manufacture paper, process minerals, create fertilizers, and refine oil. Some of the subsidiaries are also involved in ranching, commodities trading, and investing.

Some of the brands that we see on store shelves everyday are actually owned by Koch Industries: Brawny, Dixie, Georgia Pacific, AngleSoft. Other brands include: Infor, Invista, Molex, Flint Hills Resources, Koch Pipeline, Koch Fertilizer, Koch Minerals, Matador Cattle Company, i360 and Guardian Industries. There are a lot more.

The Koch websites are a study in whitewashing the oil and chemical nature of the Koch businesses to the point that one could be convinced they were endorsed by mother nature herself. In other words, these guys are really good at PR.

Another thing they are really good at and have been at for decades is undermining democracy and our government structure itself. Politically the brothers have made significant financial contributions to both libertarian and conservative think tanks and, despite being ideologically libertarian, they have donated primarily to Republican Party candidates running for office.

There are dozens and dozens of exposé pieces about the Koch brothers that have been done over the years, including the documentary Citizen Koch that was done in 2014. Most people familiar with American politics will remember with the Tea Party movement. It was billed as a “grass roots” movement for smaller government and less government interference with business. A group called Americans for Prosperity was the primary engine of this movement. Americans for Prosperity was entirely founded by Koch money.

The Tea Party movement caused significant damage to the Republican Party. Members of Congress who had been staunch Republicans but were willing to actually do the work of Congress and compromise for the interests of the country found themselves being voted out in favor of radical fools that were there just to tear things down. And this radical right wing insurgency set the stage for Trump.

As more and more information comes to light about the January 6th Insurrection, the more that event comes into focus as a right wing coup, an attempt to turn the United States into a fascist dictatorship. Though there are many cut outs between their influence operations and the Koch family, their fingerprints are indelibly impressed on this fascism trend.

History shows us that rich industrialists have traditionally done very well under fascist, authoritarian governments. Fascist Italy, Nazi Germany and Putin’s Russia are past and present examples. And today we find that Koch Industries is standing alone in refusing to pull out of Russia in response to Putin’s invasion of Ukraine.

The message from Charles Koch is clear. Fascism and authoritarian government are part of his business model. Domestically, he sees lower wages, and an impoverished populace as desirable conditions. The divine right of kings has passed into history. But the assumed divine right of capital is upon us. Charles Koch and his cronies and allies view a government of the people, by the people and for the people as directly opposed to their goals. But like all billionaires divorced from the reality of their own humanity, they totally forget that they need the rest of humanity.

Here are a few of the Koch retail brands: 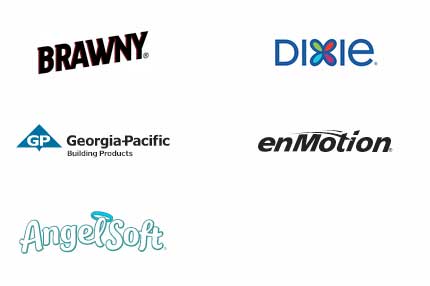 Avoid them and encourage retailers to drop them. That will speak to the Koch cartel in the only language they listen to: their profits.