The $6 billion federal Food to Families program created to provide fresh produce to families affected by the pandemic was mismanaged and used by the Trump administration for political gain, a new congressional report has found.

Republished with permission from ProPublica, by Bianca Fortis

A $6 billion federal program created to provide fresh produce to families affected by the pandemic was mismanaged and used by the Trump administration for political gain, a new congressional report has found.

As a ProPublica investigation revealed last spring and as the new report further details, the Farmers to Families Food Box program gave contracts to companies that had no relevant experience and often lacked necessary licenses. The House Select Subcommittee on the Coronavirus Crisis, which released its report last week, found that former President Donald Trump’s administration did not adequately screen contractor applications or identify red flags in bid proposals.

One company that received a $39 million contract was CRE8AD8 LLC (pronounced “Create a Date”), a wedding and event planning firm. The owner compared the contract to his usual work of “putting tchotchkes in a bag.”

In response to the report, the firm’s CEO said in a statement, “We delivered far more boxes/pounds than many other contractors and as a for-profit company, we’re allowed to make a profit.”

The congressional report also highlighted the application of an avocado grower who was initially awarded a $40 million contract before it was canceled after a review. Under the section of the application that required applicants to list references, the farmer wrote, “I don’t have any.” 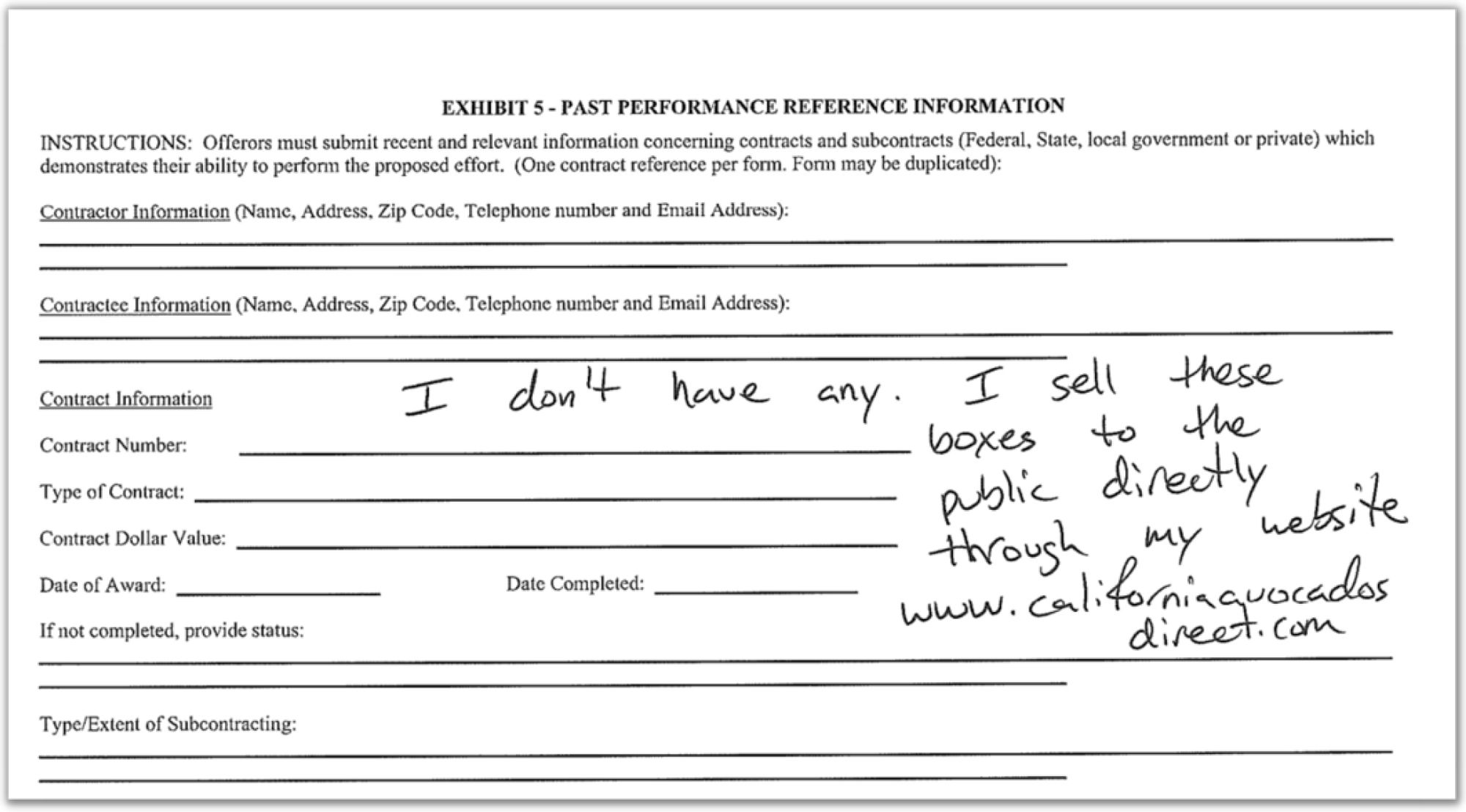 The Food to Families program was created by the Department of Agriculture in the early days of the pandemic to give away produce that might have otherwise gone to waste as a result of disruptions in distribution chains. The boxes included produce, milk, dairy and cooked meats — and many also included a signed letter from then-President Trump.

The program was unveiled in May 2020 by Ivanka Trump. “I’m not shy about asking people to step up to the plate,” the president’s older daughter said in an interview to promote the initiative.

According to congressional investigators, Ivanka Trump was involved in getting the letter from her father added to the boxes. The USDA told contractors that including the letter was mandatory. Food bank operators told the investigators the letter concerned them because it didn’t appear to be politically neutral.

On the first day of the Republican National Convention in August 2020, President Trump and his daughter headlined a nearby event to announce an additional $1 billion for the food box program. Then-Secretary of Agriculture Sonny Perdue also spoke at the event and encouraged attendees to reelect the president.

A federal ethics office later found that Perdue’s speech violated a federal law that prohibits officials from using their office for campaign purposes. The USDA at the time disputed the notion that Perdue was electioneering, saying that Perdue’s comments merely “predicted future behavior based on the president’s focus on helping ‘forgotten people.’”

The yearlong congressional investigation also identified problems with the deliveries themselves, including food safety issues, failed deliveries and uneven food distribution. Some contractors also forced recipient organizations to accept more food than they could distribute or store.

Committee chair Rep. James Clyburn, D-S.C., said in a statement that the mismanagement of the program is another example of the previous administration’s failures.

ProPublica also found that the Trump administration hired a lobbyist to counter the criticism that contracts were going to unqualified contractors.

President Joe Biden ended the program in May.

Representatives of the former president did not respond to a request for comment.