The push by moms to adopt electric school buses to replace 480,000 diesel buses not only has environmental benefits but helps improve the health of their children.

When the Cartwright School District purchased the first 84-seat electric school bus in Arizona, it was a satisfying day for moms like Erika Cortez, who spent months volunteering time to make that dream a reality.

“It was very exciting to be part of this first electric school bus in our district,” said Cortez, who, along with her eldest daughter, logged hundreds of phone calls in 2020 to help pass a school bond that would fund some of the infrastructure needed for the electric school bus. Other organizers knocked on doors and put up flyers, and Cortez gave presentations to parents explaining the dangers of air pollution — particularly how it impacted the Phoenix neighborhood of Maryvale, where Cortez lived before relocating.

Cortez, a mother of four, had been working with Chispa — the Latinx organizing arm of the League of Conservation Voters — through its grassroots Clean Buses for Healthy Niños campaign. When the bond passed, “it was a huge win for us in our community because it really came from the bottom up,” said Dulce Juarez, the co-director of Chispa AZ. “Moms are really organizing to protect their children’s health and their well being.”

Cortez is part of a growing movement of moms and other caregivers who have put pressure on school districts, and their state and federal officials to transition to electric school buses, working with Vice President Kamala Harris to secure funding. Their advocacy has led to tangible results on the state level: In 2019, Nevada, Gov. Steve Sisolak signed a bill into law that expanded a subsidy program to help school districts make the costly transition to electric buses. In other places like Michigan and Ohio, Chispa successfully pushed states to purchase electric school buses with some of the funds from a national $2.7 billion Volkswagen settlement after the company was caught using technology to evade diesel emissions standards.

Lower-income neighborhoods like Maryvale suffer disproportionately from the impacts of climate change. These neighborhoods are hotter than their wealthier counterparts in Phoenix due to a lack of investment in vegetation like trees and parks and other discriminatory practices, like the placement of interstates and industrial facilities in communities of color. High temperatures trap pollutants in the air, creating smog and worsening poor air quality.

As a result, children suffer from asthma emergencies at higher rates in Maryvale, according to a 2016 analysis by Cronkite News. It’s why it was so important to Cortez that the school district — where approximately 90 percent of the student body qualifies for free lunch — invest in an electric bus.

“Thank God my children are healthy, but there are a lot of kids that have chronic problems or problems with asthma,” Cortez said. “This problem of air pollution, it makes their health worse and they are more likely to have asthma attacks or health problems that get worse.”

Moms mobilizing to protect their children’s health is not a new phenomenon; they’ve led the fight against fracking, air pollution and contaminated water in their neighborhoods. According to Joyce Barry, a researcher who has studied the connection between gender and the environmental movement, women play an outsized role in environmental justice advocacy, making up 90 percent of the membership in grassroots organizations across the country.

Groups like Moms Clean Air Force, which touts over a million members (including other caregivers like grandparents and dads), and Mothers Out Front, in alliance with other nonprofits,  have had impact on the national level, too. In 2019, they worked with Harris, who was a senator at the time, to develop the Clean School Bus Act, which would have established a federal grant program to electrify school buses. 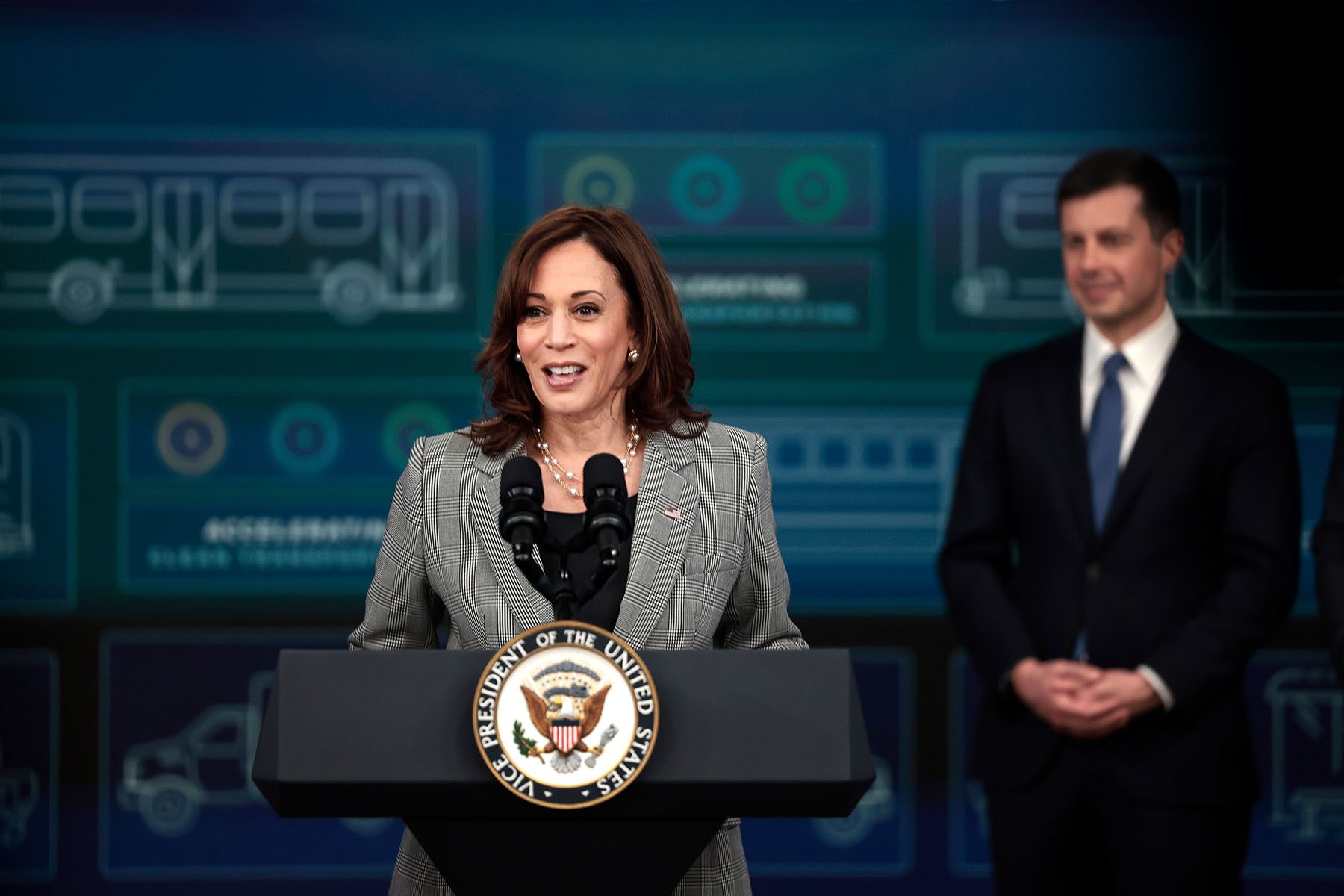 “She’s a clean school bus champion,” said Molly Rauch, the public health policy director for Moms Clean Air Force. “That is something that the school bus advocates were really excited about when she was elected as vice president, because we were hoping she would carry over that commitment into her office.”

And it appears that she has made it a priority. At a press conference last week, Harris announced $17 million to fund electric and low-emission buses in underserved communities like Maryvale through a rebate program run by the Environmental Protection Agency. Lesser known is that the Bipartisan Infrastructure Law signed into law in November dedicated $2.5 billion to electric school buses — the largest amount in funding to date that will be distributed to schools.

For Rauch and other moms, the transition to electric buses is urgently needed.

“We’re very aware of the health impacts of diesel pollution, which is carcinogenic. It triggers asthma attacks, interferes with brain development and learning,” Rauch said. “One of the most effective devices that delivers diesel pollution directly to children where they live, where they learn and where they play is the school bus.”

The infusion of billions of dollars is a welcomed step to build on these existing efforts, but Rauch said it’s just a drop in the bucket. There are approximately 480,000 diesel school buses in the country; an electric school bus can cost upwards of $400,000.

“We thought the funding was going to be much higher,” Rauch said. “We were asking for $25 billion for electric school buses.”

Instead, the bill laid out a plan for the $2.5 billion for electric buses and an additional $2.5 billion for “clean school buses,” which means they could be powered by propane or biofuels. “We do not support that at Moms Clean Air Force because we are also concerned about climate impacts and burning fossil fuels,” she said.

Converting more diesel buses to electric is also an issue of environmental justice. As The New York Times recently reported, a study published last Wednesday found that in 202 cities, areas that were previously redlined, or the practice of banks denying investments like loans and mortgages in neighborhoods where primarily Black residents lived, have higher rates of air pollution.

“If a child is living in an area with high amounts of air pollution, the lungs are not going to develop as well as a child who lives in clean air,” said Dr. Afif El-Hasan, who specializes in childhood asthma and serves on an Environmental Justice Advisory Council in Southern California. As a result, they’ll have less lung capacity as an adult, he said.

School buses are a tiny portion of the heavy-duty vehicle fleet that leads to this disproportionate pollution, Rauch said. “We really need to get a handle on air pollution from trucks, buses and all kinds of diesel engines wherever they are, because those are contributing to poor air pollution and thousands of lives are lost each year to diesel pollution in the U.S.”

In Arizona, Chispa has broadened their organizing efforts to put pressure on city officials to electrify public transportation fleets.

“It really is going to take us holding political leaders accountable for updating our infrastructure and updating our local transportation fleet,” Juarez said. “We have to do what we can to protect the lives of our children and future generations.” 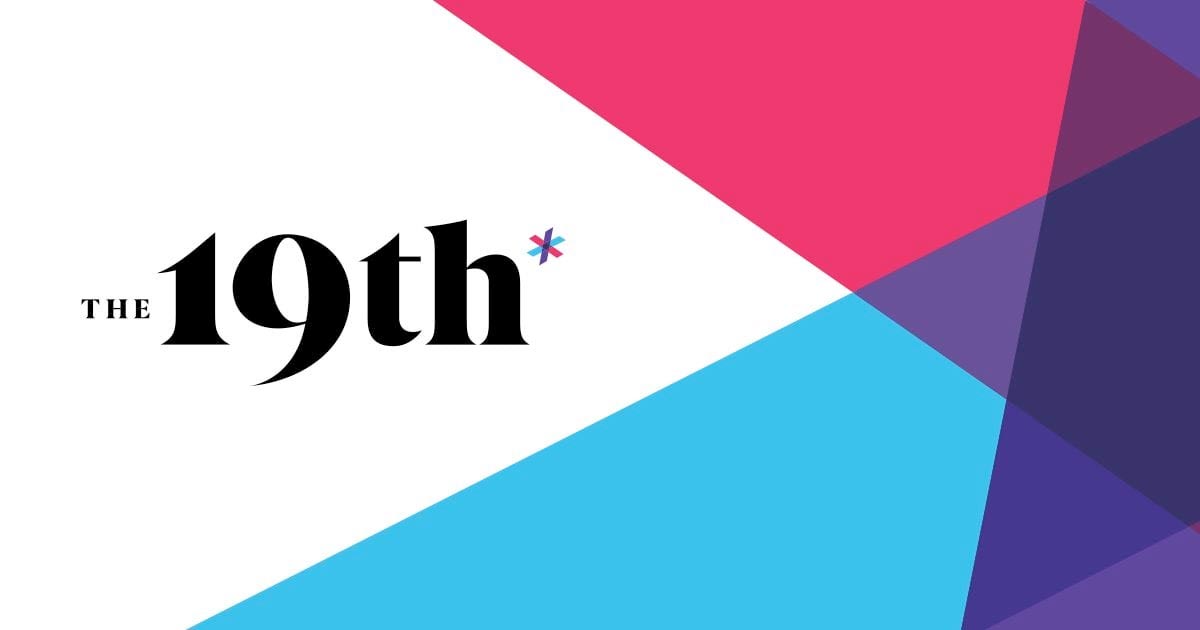