The Racist Legacy of “America First”

The Racist Legacy of “America First”

Update: As reported by CNN, Marjory Taylor Greene has officially scrapped the America First Caucus due to not only blow back from the media but from more sensible members of the Republican Party. Nevertheless, we’re keeping this article intact because this is probably not the last time racist dog whistles will be employed by members of the far right.

There are some uncomfortable facts associated with the new “America First” caucus recently exposed by Punchbowl news.

Some of the most nativist stuff we’ve seen pic.twitter.com/diPDItUt2V

Let’s start first with the “America First” slogan. For nearly a century, this has been a rallying cry of the KKK. So much so that they even minted a challenge coin with it. 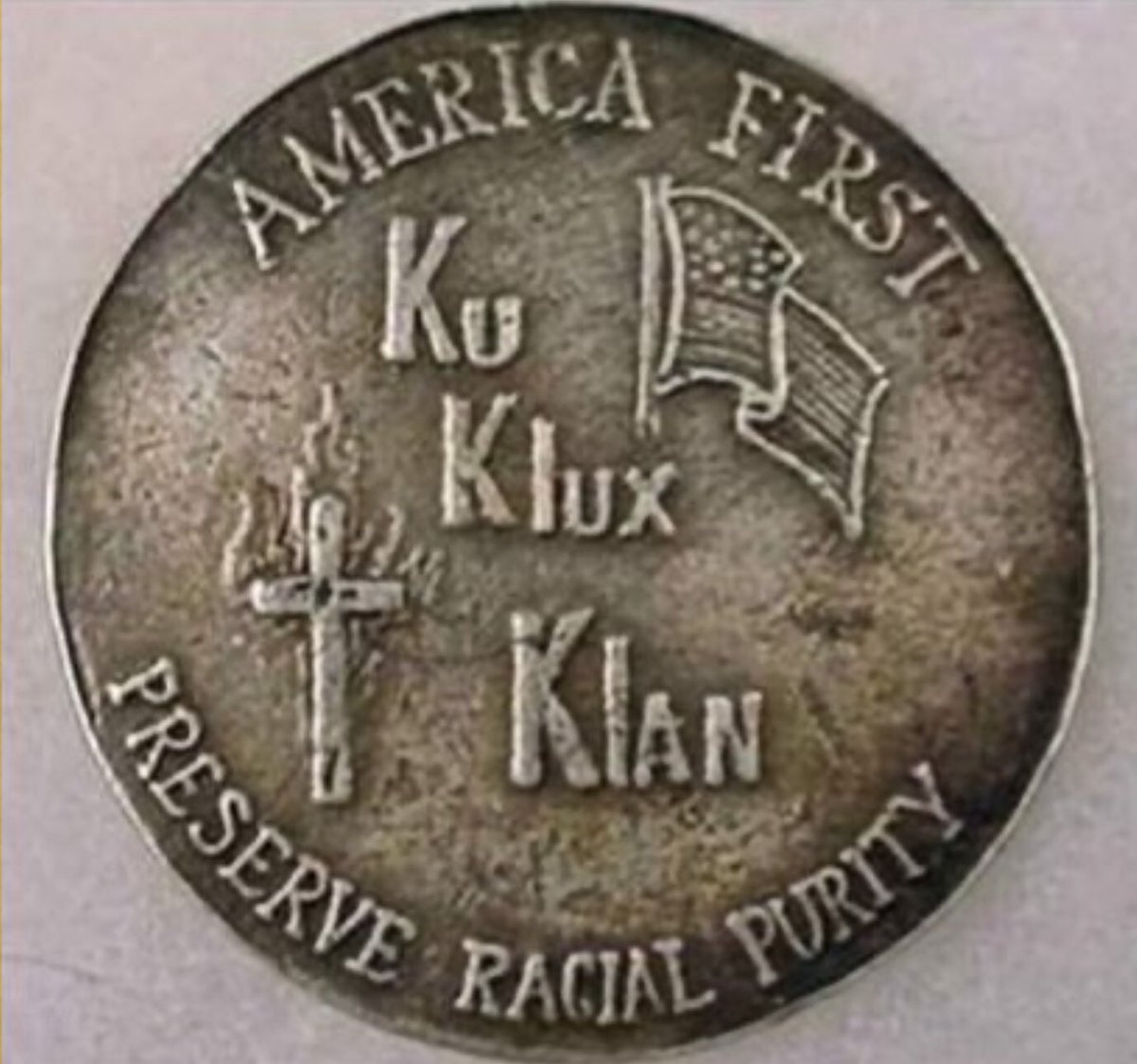 Duke was present at the “Unite the Right” rally in Charlottesville, North Carolina that saw the march of the tiki-torch Nazis and the murder of Heather Heyer by a white supremacist driving his car into a crowd of counter protesters. This is the same event where Trump said there “…very fine people on both sides” essentially endorsing the Neo-Nazis.

Rabidly pro-Trump representatives Marjorie Taylor Greene (R-Ga.) and Paul A. Gosar (R-Ariz.) are reportedly behind the America First Caucus, with Reps. Barry Moore (R-Ala.) and Louie Gohmert (R-Tex.). Matt Gaetz (R-Fla.) tweeted that he was joining Greene in the caucus.

The seven-page document obtained by Punchbowl that lays out policy positions for the caucus includes nativist (white supremacist) language and perpetuates Trump’s big lie that there was widespread fraud and corruption in the 2020 election. According to the document, the caucus says it seeks to advance Trump’s legacy, which means stepping “on some toes” and sacrificing “sacred cows for the good of the American nation.”

In a section on immigration, the document describes the United States as a place with “uniquely Anglo-Saxon political traditions” and argues that “societal trust and political unity are threatened when foreign citizens are imported en-masse into a country, particularly without institutional support for assimilation and an expansive welfare state to bail them out should they fail to contribute positively to the country.”

This is typical of the revisionist “historical” thinking of white supremacists. They conveniently forget that all of us of European extraction—this writer included—are immigrants to this country.

The truth of the matter is that to these folks, the “good ol’ days” they want to return to allowed them to own other men.

The idea that literally anyone can become educated and competently exercise the right and responsibility to vote and demand competent representation is abhorrent. But this is the fight these folks think they are engaged in.

As evidenced by the presence of the Confederate battle flag in the January 6th insurrection, they still think they are fighting a war that was lost over 150 years ago. So deep seated are the ideals of white supremacy, and so often repeated by Trump and his enablers, the principles of white supremacy—and Nazism, of which there is no real difference—keep being given energy.

We need to be constantly vigilant to their rhetoric and counter and knock out the false information and utter lack of humanity these people espouse. White supremacy, Nazism, has no place in the United States. We fought a war to rid Europe of its influence. But a lack of recognition of it’s true evil—and evil is hard to confront—has lead to a resurgent boldness. Trump gave them a figurehead. They want their golden calf back. It is up to all of us to see that this does not happen. Ever. The cry at the end of WWII, “Never again” has real application here.