The “Search” for Election Fraud Persists, Despite No Evidence

A booth at a rally in Antrim County on Saturday, June 5, 2021, collects affidavits advocating for an audit of Michigan’s presidential election results. (Craig Mauger/TNS)

The “Search” for Election Fraud Persists, Despite No Evidence

A booth at a rally in Antrim County on Saturday, June 5, 2021, collects affidavits advocating for an audit of Michigan’s presidential election results. (Craig Mauger/TNS)

Ongoing efforts to find election irregularities might serve the ambitions of some in politics, but they aren’t viewed favorably by many Americans. A new report documents the spread of unconventional “audits” to new states.

Republished with permission from Governing.com, by Carl Smith

If the unconventional “audit” of election results in Maricopa County, Ariz., is truly intended to bolster public confidence in elections, the experiment does not seem to be working. Most Arizonans disapprove of the effort and almost half would be inclined to vote against a candidate who supported it.

Sean Lowe, a prominent Republican political consultant in the state, described the audit as a “joke” and a “failure.” Secretary of State Katie Hobbs dismisses it as a partisan “fraudit” with no purpose beyond keeping election falsehoods on life support.

A recent Monmouth University poll found that voters elsewhere in the country are also distrustful of the motives behind continuing calls to look for election fraud, with nearly 6 in 10 seeing them as attempts to undermine valid results. Overall, 40 percent believe they could weaken American democracy.

Conservatives have a different perspective on these investigations, however. Recent surveys have found that three out of four Republican voters support them, and expect them to change the outcome of an election. Three in 10 have told pollsters that they expect the former president to be reinstated, though there is no real-world cause of action to support this.

The former president continues to claim the election was rigged, most recently at the Conservative Political Action Conference in Dallas. He now describes protesters who marched to the Capitol in January and invaded it to prevent Congress from certifying the November results as “great people” who were trying to save the country. Whatever their private thoughts about such statements might be, too few Republican leaders are refuting them in force.

Leaders in several states that played a critical role in the outcome of the general election are following in Arizona’s footsteps, challenging the integrity of the work done by their election officials. A new report from the Brennan Center and a web resource, Not an Audit, offer insights into the background of these efforts and the persons and groups behind them. 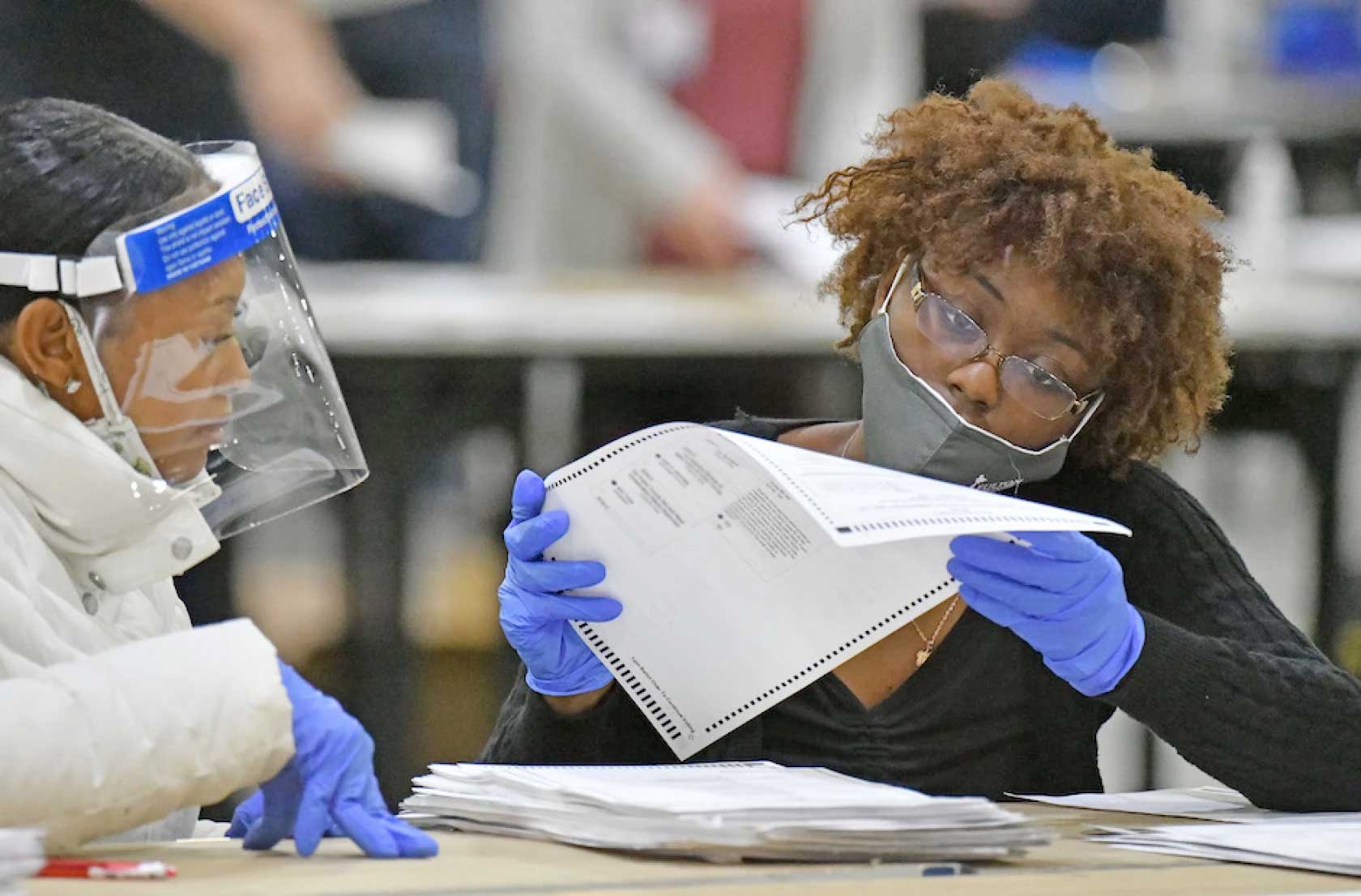 Fulton County, Ga., election officials work on a hand recount of ballots. Five million ballots in the state were verified through both hand and machine recounts. (Hyosub Shin/TNS)

Playing Out of Bounds

Not an Audit, a project of States United Action, Fair Fight Action and United to Protect Democracy, breaks down efforts currently underway in Arizona, Georgia, Pennsylvania, Michigan and Wisconsin. For each state, it provides a briefing on audits that have already been conducted according to established protocol and regulations, lawsuits filed and dismissed, prime movers and funding sources for new investigations and voices of Republican leaders who reject their purposes and unorthodox methods.

“We break down these fake audits and fake election investigations, state by state, so people can see the connection between Arizona and similar efforts,” said Joanna Lydgate, founder and CEO of States United Action, at a press briefing. “We want Americans to understand what this is about and what it’s costing us, not just as taxpayers, but as a country.”

The Brennan Center report, Partisan Election Review Efforts in Five States, details the ways in which the Arizona recount, and those inspired by it, fail to meet accepted standards for election review, falling short in regard to such elements as transparency, recordkeeping, objectivity, standardized procedures and processes and security.

“In a real tabulation audit or a real external process audit, the audit is conducted by competent and objective personnel because that’s the only way the audit is going to have credibility with the public,” says Gowri Ramachandran, counsel for the Brennan Center and one of the authors of the report. “But in all of these partisan reviews, some of the firms and individuals that are being selected to assist have promoted conspiracy theories about election.” 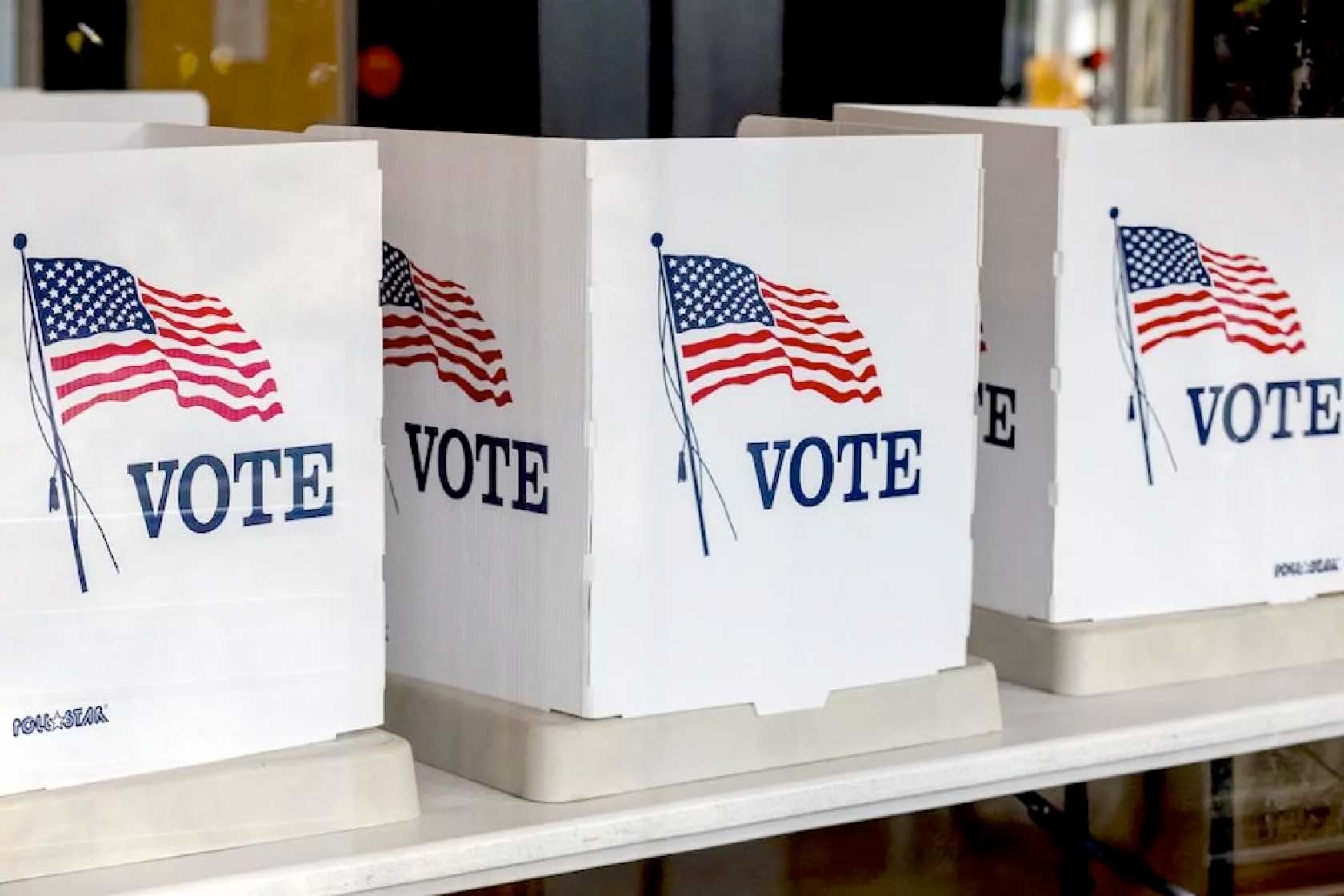 Voting booths in Kalamazoo, Mich. State Rep. Steve Carra introduced a board that would conduct an unorthodox “audit” of the results of the 2020 election. (Joel Bissell/TNS)

Five people died in the Jan. 6 riot at the Capitol, and the view held by some involved in the incursion that it might take force to set things right has been echoed in canvasses of citizens.

According to a May research report from the nonprofit Public Religion Research Institute (PRRI), 28 percent of Republicans agreed with the statement, “Because things have gotten so far off track, true American patriots may have to resort to violence in order to save our country.”

In a January 2020 survey of nearly 1,200 Republican identifiers and Republican-leaning Independents, reported in the Proceedings of the National Academy of Sciences, 50.7 percent agreed that, “The traditional American way of life is disappearing so fast that we may have to use force to save it.” More than 40 percent agreed that, “A time will come when patriotic Americans have to take the law into their own hands.”

The rhetoric around election fraud is imbued with assertions that America itself has been dealt a grievous blow. The attorney general and the director of Homeland Security recently told the Senate that the Jan. 6 attacks underscore a need to focus on domestic terrorism, now considered the greatest threat to national security. None of this means that violent protests are inevitable, but given what has already happened, it’s worth considering the consequences of associating the legitimacy and weight of government with conspiracy theories.

America’s position as the leading global exponent of democracy has diminished in recent years; on average, less than 1 in 4 of the people in a new Pew Research Center survey that encompassed 16 countries now consider it to be a good model of democracy, though nearly 60 percent say that it has been in the past. A growing distrust of democratic processes within the country is reflected in persisting anger at election officials, who have become targets for removal from office and personal threats.

“If every election continues to be litigated and relitigated without end, even where there is no evidence of fraud and multiple audits have confirmed the results, there is a serious threat voters will lose faith in our democratic process and will refuse to accept results they do not like,” conclude the authors of the Brennan report. “The peaceful transfer of power, a hallmark of our democracy, could be at risk.”

Whatever the purposes of legislators or plaintiffs who persist in challenging the November results might be, says Ramachandran, “we do know that they are at the very least having the dangerous effect of feeding the hopes and disinformation campaigns of those who won’t move on.”

Global View of the U.S. as a Model of Democracy 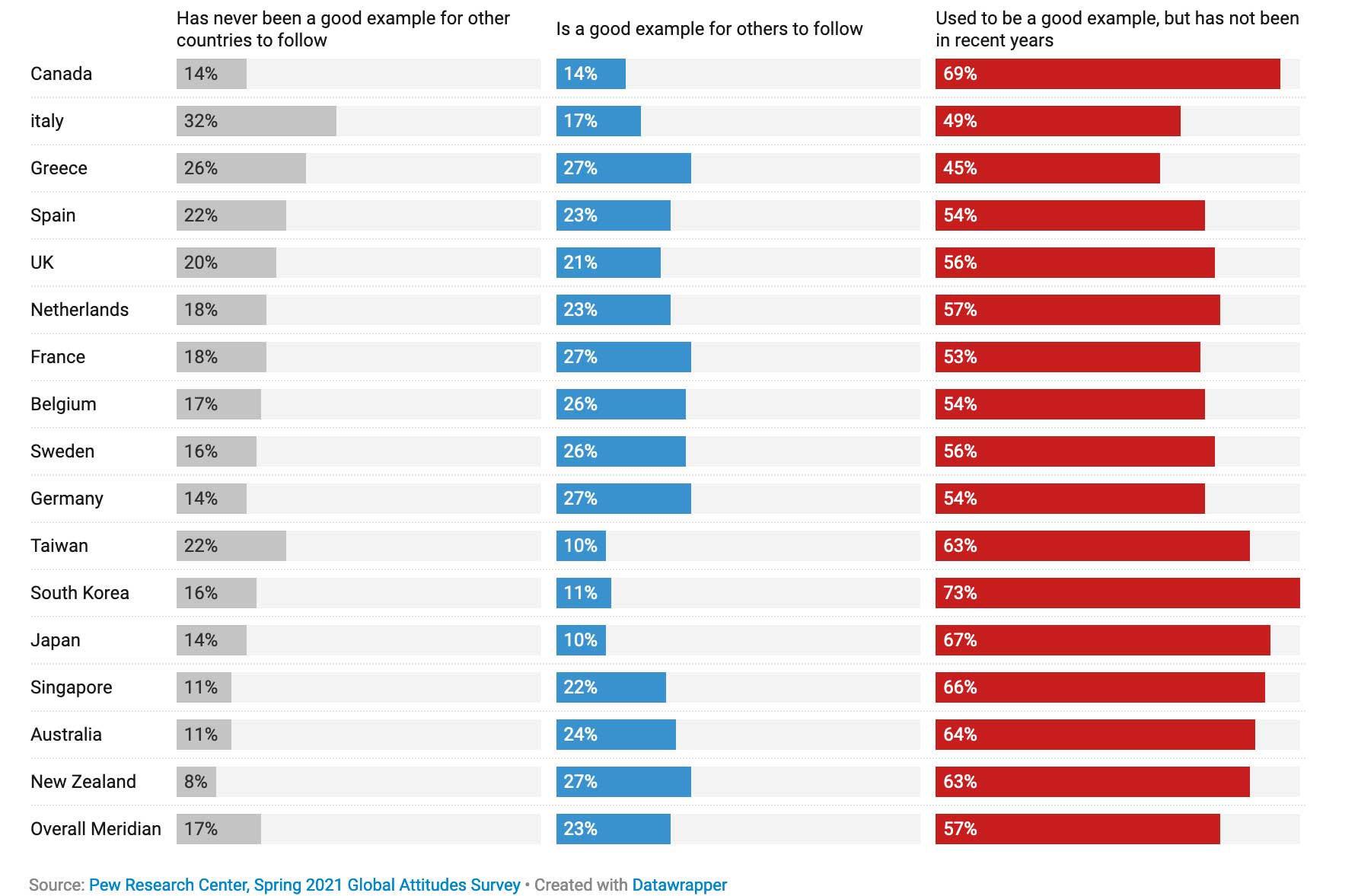 The question of who won the election is “dead as a doornail,” says attorney Mark Braden, who has served as chief counsel to both the Republican National Committee and the Ohio Elections Commission and as election counsel to the Ohio Secretary of State. “The election wasn’t particularly close,” he says. “We know who won.”

That doesn’t mean that there aren’t things to be learned from a re-examination of how the election was conducted, he says. Many things were done differently during the pandemic and there would be value in research to evaluate how things worked.

The best situation would be for Democrats and Republicans to agree on some type of review, says Braden, involving participants with experience in elections and election law, statistics and political science. “I’m sure there are a variety of things that would be useful to look at to improve the system going forward.”

Braden helped with legislation passed in the aftermath of controversy over the outcome of Bush vs. Gore. That election was genuinely contentious, and genuinely close, but the bill that followed was bipartisan and had near-unanimous support. He’s concerned that passing a partisan bill in the aftermath of the 2020 election could be like “bringing gasoline to a fire.”

“I’m wildly in favor of people going back and looking at the process,” he says. “But it’s disappointing that we can’t come to some kind of agreement about how to do it.”

“The American people deserve elected officials who are focused on governing and bringing us together, not fueling division over an election that has been proven fair again and again,” says Joanna Lydgate of States United Action. “We’re going to continue to put a spotlight on the truth: The 2020 election was free, fair, and accurate.”