Are Democrats Playing With Fire for the Midterms?

Are Democrats Playing With Fire for the Midterms?

Democrats are placing bets all around the country, running ads in Republican primary contests in hopes that the candidates they consider the least electable in the fall will win nomination.

Democrats Are Playing With Fire: Illinois Gov. J.B. Pritzker has a healthy seven-point lead, according to the first poll of his re-election race taken following last week’s primary. He should be pretty happy with the result. After all, he helped pick his own opponent. 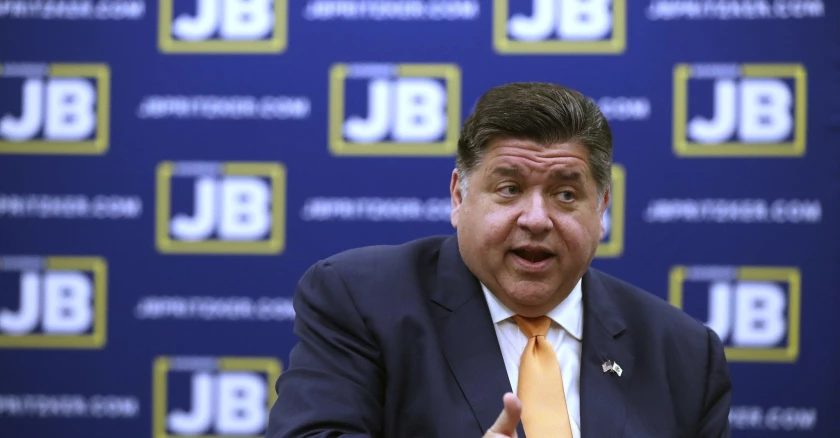 Pritzker and the Democratic Governors Association spent in the neighborhood of $30 million boosting the chances of state Sen. Darren Bailey in the GOP primary. Pritzker believes that Bailey, who secured the endorsement of former President Donald Trump just ahead of the primary, is an “extremist” who will be soundly rejected by Illinois voters.

Democrats are placing similar bets all around the country, running ads in Republican primary contests in hopes that the candidates they consider the least electable in the fall will win nomination. By claiming that a particular candidate is “too conservative,” they’re sending a double-sided message — one meant to appeal to GOP primary voters while setting the stage for independents to be turned off come November.

Perhaps the most famous recent example of this came in 2012. Missouri Democratic Sen. Claire McCaskill spent more money during the last couple of weeks of the GOP primary season than her preferred opponent, U.S. Rep. Todd Akin, spent on his entire campaign to that point. “Akin’s track record made him my ideal opponent,” McCaskill later wrote. “I had successfully manipulated the Republican primary so that in the general election I would face the candidate I was most likely to beat.”

McCaskill got lucky. It was only after he became the nominee that Akin made the ultimately disqualifying comment that it wasn’t necessary to allow abortions for rape victims because “if it’s a legitimate rape, the female body has ways to try to shut that whole thing down.” McCaskill said she “would have felt terrible if Todd Akin had become a United States senator,” but rationalized her ploy by arguing his primary opponents would have ended up voting the same way once in office.

This particular strategy doesn’t always work out. Way back in 1946, Wisconsin Democrats sensed an opening when Sen. Robert La Follette, who had run as a Progressive, sought a fourth full term as a Republican. Democrats and their union allies encouraged voters to cast votes in the GOP primary for Joseph McCarthy, believing he’d be easier to beat than La Follette in the general election. Robert E. Hannagan, then the national Democratic Party chair, said after the primary that the result guaranteed victory for his side. Of course, McCarthy won and became one of the most notorious senators in U.S. history.

That’s the real risk Democrats are taking this year. By encouraging voters to pick candidates they believe are the most outside the mainstream, they increase the odds more offices will be held by the type of Republicans they hate the most. This is shaping up to be a strongly Republican year, so Democrats could be ushering their own worst future enemies into power.

On the other hand, Democrats may prevail in a few races by propping up future failures on the other side. Pennsylvania Attorney General Josh Shapiro, the Democratic nominee for governor, helped promote the candidacy of state Sen. Doug Mastriano, a Trumpist election denier, in the GOP primary. On Wednesday, Shapiro got to announce the endorsements of 10 Republicans who are backing him over Mastriano, including two former members of Congress, a former lieutenant governor and a former state House speaker. Another group of Republicans have formed a super PAC to support Shapiro, calling Mastriano “extreme” and “unacceptable.”

In response to the Democratic Governors Association boosting Trump-endorsed state Rep. Dan Cox over state Commerce Secretary Kelly Schulz — his own preferred candidate — Maryland Republican Gov. Larry Hogan recently tweeted, “The whack job being propped up by the DGA would ensure that our state goes back to a Democratic monopoly.” 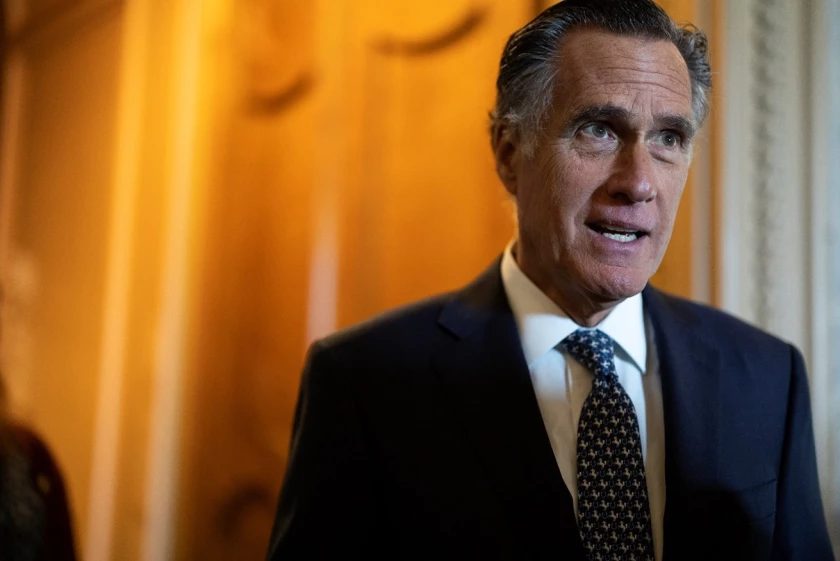 Romney Warns About “Cataclysmic” Dangers: Hogan is one of the few Republicans left at this stage who is willing to criticize Trump openly. Another is Utah Sen. Mitt Romney, who has joined the chorus of voices warning that American democracy is in real peril.

“President Joe Biden is a genuinely good man, but he has yet been unable to break through our national malady of denial, deceit, and distrust,” Romney wrote in The Atlantic. “A return of Donald Trump would feed the sickness, probably rendering it incurable.”

The danger, Romney warns, could be “cataclysmic.” Complacency and “wishful thinking” are putting the country and its political traditions at risk. “When entire countries fail to confront serious challenges, it doesn’t end well,” he wrote.

Granted, Romney is the only Republican senator who voted to convict Trump at the end of both his impeachment trials. But Romney was also the Republican Party’s last presidential nominee before Trump. That the 2012 standard-bearer falls so far outside the mainstream of his own party shows how much that party has changed over the past decade.

Abortion Will Be on the Ballot: Given the Supreme Court’s recent ruling overturning Roe v. Wade, abortion has emerged as one of the top political issues of the year. It remains to be seen whether Democrats get their wish that it motivates their voters and turns independents against Republican candidates. Only 5 percent of voters named abortion as their top concern in a Monmouth University poll released Tuesday, far fewer than inflation, gas prices and other economic issues.

But abortion will be an issue that voters will decide directly in at least five states this year. Kansas and Kentucky voters could approve state constitutional amendments that would block abortion rights — a question that will have real consequences in the wake of the Supreme Court decision. Voters in Alabama, Louisiana, Tennessee and West Virginia have approved similar amendments in recent years. In November, Montana voters will decide on a measure that would create criminal penalties when infants “born alive” are denied medical care.

Conversely, Vermont voters will decide whether to enshrine abortion rights in the state constitution. Last week, California’s Legislature also put an abortion rights amendment on the November ballot. And it looks like Michigan voters will consider a similar measure.

There’s a 1931 law on the books in Michigan that bans abortion, except to save the life of the mother, but a state court in May blocked its enforcement. Supporters for an abortion rights amendment say they’ve collected nearly 800,000 signatures — nearly double the 425,059 needed to qualify for the ballot. 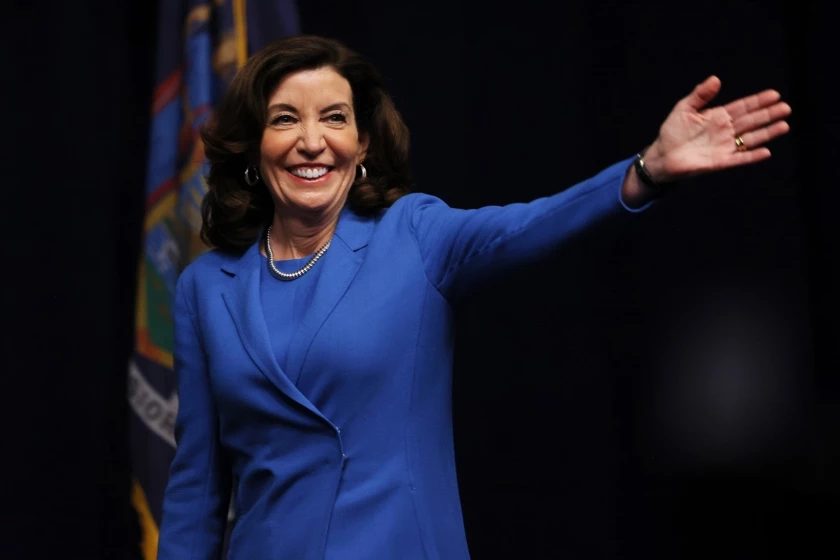 New York’s Skinnier Ballot: Lawmakers from the two major parties do their best to make life difficult for minor parties. It looks like the latest effort has paid off in New York.

For decades, New York’s ballots have been filled with candidates from numerous minor parties — Liberal, Conservative, Working Families, Libertarian and so on. Often, major-party candidates have run as the nominee of two or more parties, but generally they’ve found it annoying having to compete against larger-than-average fields.

In 2020, the Legislature raised the threshold for minor parties to qualify for the ballot. Previously, their candidates only had to receive 50,000 votes every four years. Now, they have to receive 130,000 votes, or 2 percent of the total, every two years, in both presidential and gubernatorial elections. Last week, the state board of elections rejected applications from seven different parties seeking to qualify for this year’s election for governor.

A federal court will hear a challenge from the Green and Libertarian parties later this month. But right now, it looks like New Yorkers this fall will only be choosing between two parties for governor for the first time since 1946.