Many people think manufactured homes are poorly built, even though these structures, unlike site-built houses, have had to meet federal safety standards since 1976.

When you hear the words “trailer park” or “mobile home park,” what comes to mind? Crime? Poverty? Vulnerability to natural disasters? These negative images reflect the stigma, reinforced by popular culture, that many U.S. residents assign to manufactured home parks – the official name for these dwellings under federal standards adopted in 1976.

Over 20 million Americans live in manufactured housing – more than in public housing and federally subsidized rental housing combined. Yet many people, including urban planners and affordable housing researchers, see manufactured housing parks as problems. In contrast, we see them as part of the solution to housing crises.

We are urban planning scholars who study climate vulnerability, community economic development and equity in urban land use. Our research suggests that misguided stereotypes blind scholars and policymakers to the possibility that mobile homes can help address the affordable housing crisis and climate change. Here are some misperceptions about this widespread form of housing.

"22 million Americans live in a manufactured home. That's 6% of homes in the U.S."

Building more #manufacturedhousing can be a huge part of solving the affordable #HousingCrisis.https://t.co/72HoPnfhTf

Many people think manufactured homes are poorly built, even though these structures, unlike site-built houses, have had to meet federal safety standards since 1976. These safety standards have been periodically updated, often in response to disasters. Today, new well-installed factory-built homes are comparable to site-built homes when it comes to standing up to wind, fire and other disaster threats.

Compared to homes built on-site, manufactured housing costs half as much per square foot – partly because it’s easier, more predictable and cheaper to build homes in factories. Many quality problems associated with manufactured housing arise from home installation, park maintenance and infrastructure issues. No matter how well-built homes are, residents can suffer if they are installed on unstable foundations, or if park owners allow water, sewer or power utility infrastructure to crumble.

But there are alternatives. Residents at over 1,000 manufactured housing parks in the U.S. have jointly bought their land, creating Resident Owned Communities.

This cooperative model gives residents control over their homes and neighborhoods. Resident-owned parks preserve affordability and help residents address their own problems, including vulnerability to climate-driven disasters.

Manufactured home parks are often dismissed as rural and low-density, and therefore irrelevant to urban housing needs. However, 61% of all manufactured housing is located in a metro area, and 8% is in urban centers. 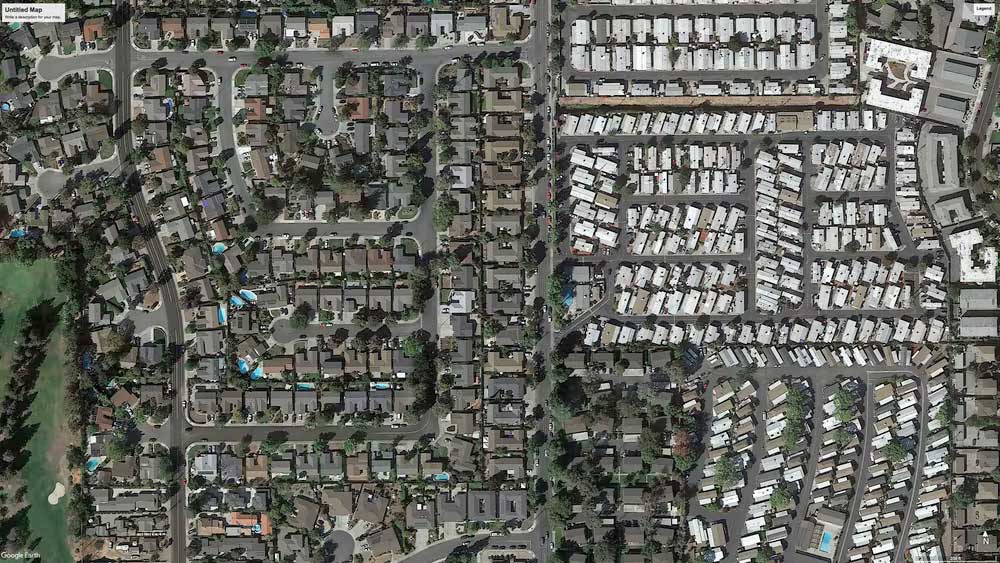 Critics often assert that manufactured housing parks are disconnected from surrounding neighborhoods. In reality, this pattern applies to most U.S. residential neighborhoods built since World War II, including gated communities and cul-de-sacs. Residents of these communities value the privacy, safety and neighborhood cohesion their street patterns provide.

Biased local zoning regulations also frequently reinforce manufactured housing parks’ isolation by requiring them to be separated and hidden behind tall privacy fencing. Where fragmented street networks create problems for residents, like reduced walkability, they can be retrofitted by reconnecting streets.

Local governments and park owners often are eager to convert parks to what they describe as “higher and better uses,” which frequently means evicting residents for commercial development or more expensive housing. Private equity investors, pension funds and sovereign wealth funds are buying up manufactured housing parks, which they view as reliably profitable investments. When owners redevelop parks, they can evict residents with little recourse.

Residents of manufactured home parks are also increasingly vulnerable to climate change impacts. Biased zoning rules have forced many of these communities to locate on less desirable land, including flood-prone sites, industrial areas and highway fringes. In a 2021 review, we found that 22% of manufactured housing parks across nine states were located within current 100-year floodplains – zones with a 1% chance of flooding every year. 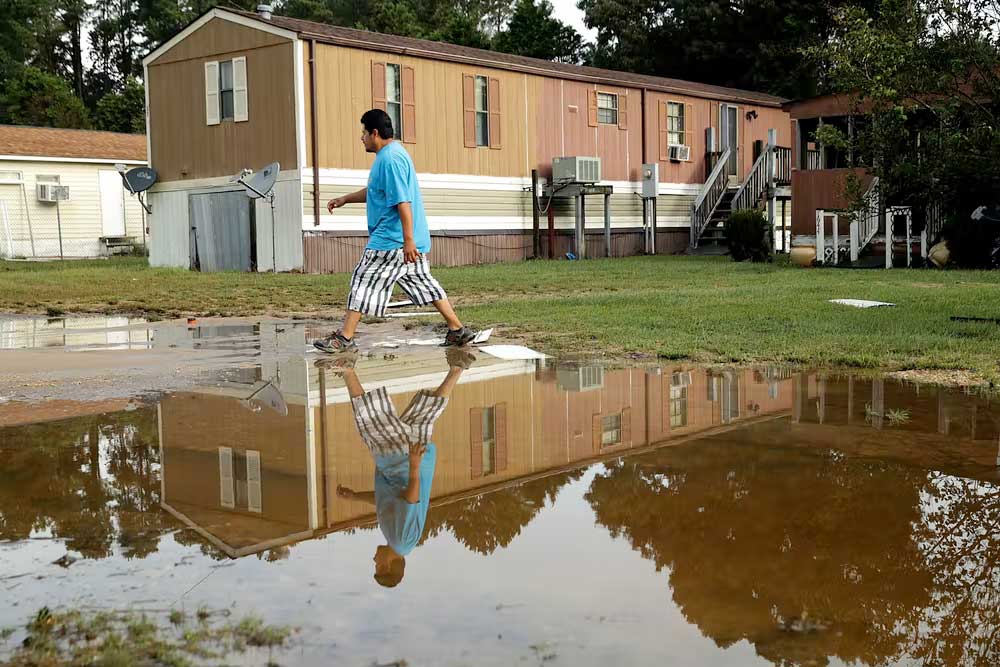 Aging manufactured home park infrastructure, including sewer, water and electricity systems, is highly vulnerable to extreme heat, wind, drought, flooding and wildfires. And since residents typically have lower incomes, they have fewer resources to respond when extreme events strike.

With economic, political and technical support, evidence shows that manufactured housing can overcome these challenges.

To date, 20 states have adopted laws that help residents purchase the manufactured home parks where they live. These policies have helped ROC USA, a nonprofit social venture, create a network of over 280 cooperatively owned, limited-equity resident-owned communities that are home to over 18,000 households.

ROC USA provides low-cost loans to resident cooperatives to buy land and make needed capital improvements such as upgrading water, sewer and electric systems. Their network of regional housing experts then works with communities for at least a decade to develop and sustain their ability to manage their parks.

Over three decades, no ROC USA community has ever defaulted on a loan or sold their park. A growing number have adopted climate-responsive measures, such as building storm shelters and community centers, upgrading drainage infrastructure and providing emergency post-storm tree clearance and other forms of mutual aid. Other resident-owned communities are investing in renewable energy and energy efficiency, reducing greenhouse gas emissions and energy costs for their residents. 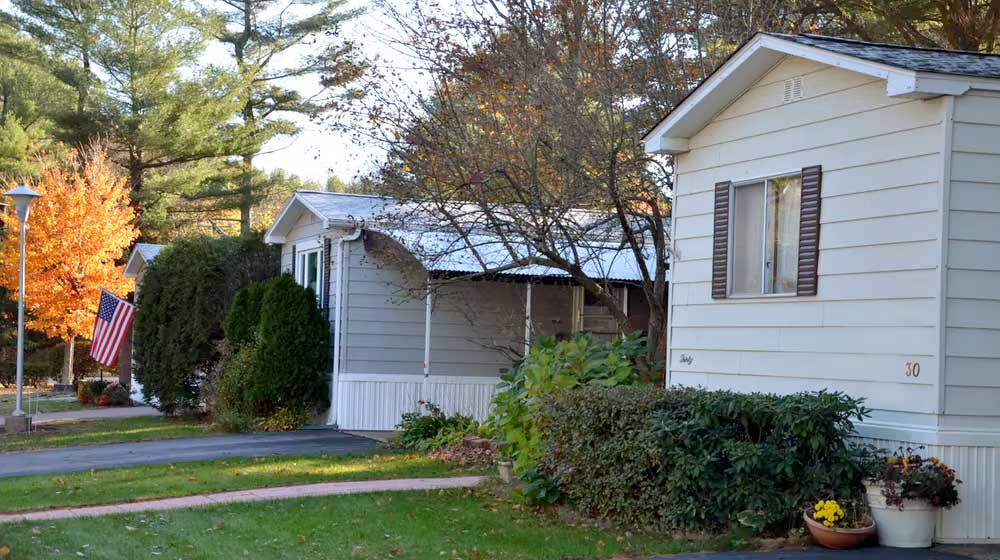 Rustic Pines in North Attleborough, Massachusetts, is a limited-equity resident-owned community for those over 55. Established in 2015, it is run by a democratically elected board. ROC USA, CC BY-ND

In our view, these efforts should be coupled with legislation that protects manufactured housing park tenants and expands the limited-equity ROC model. Governments could enact laws that offer tenants opportunities to purchase their rental units and provide subsidized loans and grants to resident cooperatives. Decades of experience shows that resident ownership can transform manufactured home parks from sites of stigma and vulnerability into stable and resilient communities.