How the Covid Vaccine Can Protect You From Q Fans

Jacob Chansley, aka Jake Angeli, seen during the Capitol riot on Jan. 6, 2021. ZUMAPRESS.com

How the Covid Vaccine Can Protect You From Q Fans

Jacob Chansley, aka Jake Angeli, seen during the Capitol riot on Jan. 6, 2021. ZUMAPRESS.com

Sooner or later we were going to have to do a piece about Q. If you’re publishing any information about the care and feeding of facts, sooner or later you’re going to have to confront the opposition to facts. Q is pretty much the top—or bottom—of the heap on that score. A tweet appeared today about Qanon folks saying that people who have been fully vaccinated against Covid-19 should be avoided.

Q-anon has decreed that vaccinated humans are not safe for other humans to be around.

Wacko, but par for the course with this crew. But more about this later. Another recent one is that Matt Gaetz is secretly a Democrat who infiltrated the Republican party to embarrass the GOP by sex trafficking kids.

A lot has been written about Q and the idiotic slogan that followers identify with, “WWGIWGA,” which stands for “Where We Go One, We Go All.” It is of course completely lost on Q followers that this is the operating principle of lemmings as they commit mass suicide. No sense of irony.

The real point of this piece isn’t about Q rumors per se, but about the massive allergy this group has to facts. The Q rumors are just that, rumors. Made up opinions. Often they are contrived to be the opposite of validated facts or the results of scientific research or straight-up observation.

Take the first example. Research has shown people fully vaccinated for Covid-19 are nearly 100 percent immune to getting the virus and even more important, just as unlikely to spread it. These are real-world studies, some from Israel which has the largest percentage of vaccinated population of any country in the world.

But, since this information has been published by major news outlets, the Q folk believe it is fake news. See, fact allergy. 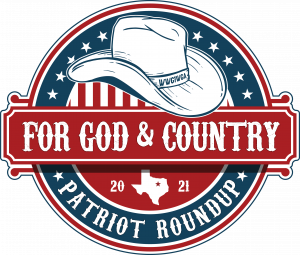 The Quverse allergy to facts extends to descriptions of itself. Q fans are planning a convention in Texas in  May. They call it the “For God and Country Patriot Roundup.” They even claim it has nothing to do with Qanon. Except that their logo contains the silly lemming motto… The convention will be headlined by such paragons of facts as Michael Flynn, convicted of lying to the FBI during the Mueller investigation and Sydney Powell, who recently admitted in a court filing that she lied in the dozens of lawsuits she filed attempting to overturn the 2020 election results. The list goes on. You can check out their ridiculous, and incomplete, website if you are so inclined.

If you are a normal, fact-oriented human the idea of associating with Q folks can be a bit off-putting. But one of their latest rumors listed above gives everyone a clue about how to avoid this problem. Get your Covid vaccination done. Wear a t-shirt that announces the fact loudly—we just happen to have one here—and then enjoy the puckered expression of some random guy who sees your shirt and changes course to avoid you. Who knew the vaccine could also protect against contact from Q people! Bonus.