The Travesty of the Kyle Rittenhouse Verdict

The Travesty of the Kyle Rittenhouse Verdict

The [Kyle Rittenhouse] verdict, said the Huber family, sends the "unacceptable message" that armed vigilantes can "use the danger they have created to justify shooting people in the street."

Racial justice advocates reacted with outrage and a complete lack of surprise Friday after a Kenosha, Wisconsin jury found Illinois teenager Kyle Rittenhouse not guilty on all charges for killing two men and wounding a third during a 2020 protest against the police shooting of Jacob Blake, with some observers asserting that the verdict encourages vigilante attacks on protestors.

“Judge Bruce Schroeder presented a case study in how the judiciary upholds systems of white supremacy. And he’s no anomaly.”

Rejecting the prosecution’s assertion that “you cannot claim self-defense against a danger you create,” the nearly all-white jury acquitted Rittenhouse, who was 17 years old when he shot and killed Anthony Huber and Joseph Rosenbaum and wounded Gaige Grosskreutz with an AR-15-style semiautomatic rifle on August 25, 2020.

“We are heartbroken and angry that Kyle Rittenhouse was acquitted in his criminal trial for the murder of our son Anthony Huber,” the slain 26-year-old’s family said in a statement. “There was no justice today for Anthony, or for Mr. Rittenhouse’s other victims.”

“Today’s verdict means there is no accountability for the person who murdered our son,” the statement continued. “It sends the unacceptable message that armed civilians can show up in any town, incite violence, and then use the danger they have created to justify shooting people in the street.”

I knew it. Kyle Rittenhouse is proof that white people can still break the law, carry illegal weapons, shoot and kill people, and get away with it in America by shedding tears and claiming self-defense.

Speaking outside the Kenosha County Courthouse after the verdict, Justin Blake, Jacob Blake’s uncle, contended that “from day one, the judge had his hand on the scale.”

“He was doing everything he could to allow this young man to leave the courtroom clear and free,” Blake added.

Thinking about Tamir Rice, Tyre King, Ma’khia Bryant, Trayvon Martin, Mike Brown, and so many others who didn’t have the opportunity to ‘defend’ themselves.

The Brady Center to Prevent Gun Violence said it could “not forget the root of this issue.”

“Kyle Rittenhouse murdered two people during protests against the police shooting of Jacob Blake,” the group continued, referring to the Black man shot seven times in the back and paralyzed by Kenosha cop Rusten Sheskey. No charges were filed against Sheskey, who remains an officer today.

“Jacob Blake has yet to receive justice,” Brady Center added. “We must continue to fight America’s systemic racism, which fuels police violence and white vigilantism.”

Police shot Jacob Blake seven times in the back, leaving him paralyzed. The cop hasn't been held accountable

Kyle Rittenhouse illegally carried a rifle, killed protestors & wasn't arrested for shooting until he was in Illinois. He was found not guilty.

This is white supremacy.

Stosh Cotler, CEO of Bend the Arc: Jewish Action, said in a statement that “Rittenhouse’s acquittal shows how the criminal justice system is designed to protect racist vigilantism.”

“When Rittenhouse went to Kenosha last year he was continuing a long and ugly history in this country of white supremacists responding to multiracial movements for justice and civil rights with violence, and then claiming to be the victim,” Cotler asserted.

“We saw this truth from the moment police allowed him to leave the scene after killing two people,” he added, as well as “his brutal actions championed by politicians and pundits who routinely manufacture fear and division in order to hold onto power.”

With a Not Guilty verdict, this country has declared open warfare on protestors. Of course it was already apparent, but now it’s even more so. If we take the streets, this country thinks we deserve to die. The price for fighting for our freedom is death.

The Center for Constitutional Rights (CCR) said in a statement that the verdict “is saddening, infuriating, and utterly unsurprising.”

“It came at the end of a trial in which Judge Bruce Schroeder went out of his way to favor Rittenhouse in ways that would have been inconceivable were the defendant a Black person who had taken a semi-automatic rifle to a protest and killed two people,” the group argued.

Travyon Martin was an unarmed 17-year-old kid. He was killed carrying a bag of skittles. The right-wing called him a threat.

Kyle Rittenhouse was 17 years old and armed. He shot and killed 2 people with an AR-15. The right-wing calls him a hero. pic.twitter.com/JursSJFT7j

After an aspiring militia leader invited “patriots” to combat “evil thugs,” Rittenhouse, an Illinois, resident, was one of a group of heavily armed, pro-police paramilitaries who descended on the protests in Kenosha and to whom the local police provided their gratitude, support and encouragement.

Not surprisingly, Rittenhouse, with his link to the Proud Boys, has become a hero to white nationalists and many on the right. His racist vigilantism adds him to a long line of racist vigilantes, including George Zimmerman—Trayvon Martin’s killer—and the three white men now on trial in Georgia for killing Ahmaud Arbery. Their actions are set against the backdrop of ongoing law-enforcement targeting and surveillance of Black-led organizing.

The People’s City Council of Los Angeles said “white supremacy will do whatever it can to protect itself. Kyle Rittenhouse getting off should surprise no one.”

“America is a racist, anti-Black country,” the group added. “White supremacists around the country will now be emboldened to hunt down protestors.”

Rittenhouse being acquitted of all charges is a sickening travesty of justice & reminder that all of capitalism's institutions are complicit in this racist, murderous system that's exploitative of the vast majority. We'll need powerful mass movements uniting the working class.

Rashad Robinson, president of the racial justice group Color of Change, said in a statement that “Kyle Rittenhouse’s acquittal doesn’t just add insult to injury in this horrific case, it sends a dangerous and twisted message about how the legal system coddles white defendants accused of unconscionable crimes.”

“For too long, the system—judges, lawyers, police officers—has accepted this as the norm, but we cannot tolerate this kind of negligence anymore; it’s literally killing us,” he continued. “Throughout the trial, we’ve seen the structural inequities within the legal system on full display.”

“From dismissing the underage weapons charge to politicizing the straightforward facts of Rittenhouse’s case, Kenosha County Judge Bruce Schroeder presented a case study in how the judiciary upholds systems of white supremacy,” Robinson added. “And he’s no anomaly. His behavior underscores how the entire legal apparatus perpetuates the existence of two criminal justice systems: one for white people and another for Black people.”

This verdict demonstrates that our work to make our legal system equal, fair, and just is more urgent than ever.

Prosecutors have a critical role to play in criminal justice reform and securing equal justice under the law.

We will continue our fight for justice. 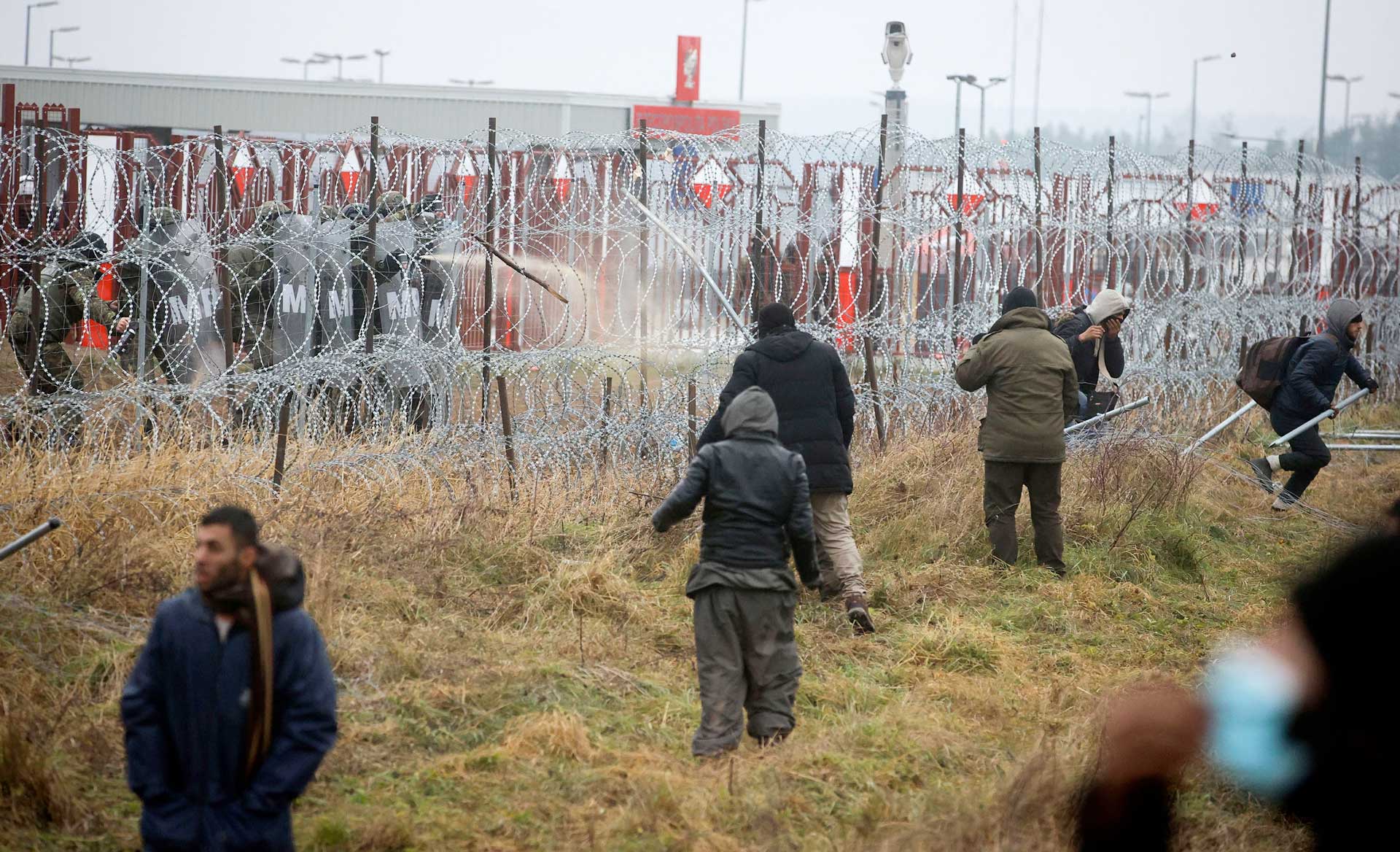 The Manufactured Crisis on the Belarus-Poland Border

Images of migrants camped at the Belarus-Poland border, trying to force their way into Poland and being deterred by water hoses, have gained international attention in...
Read More 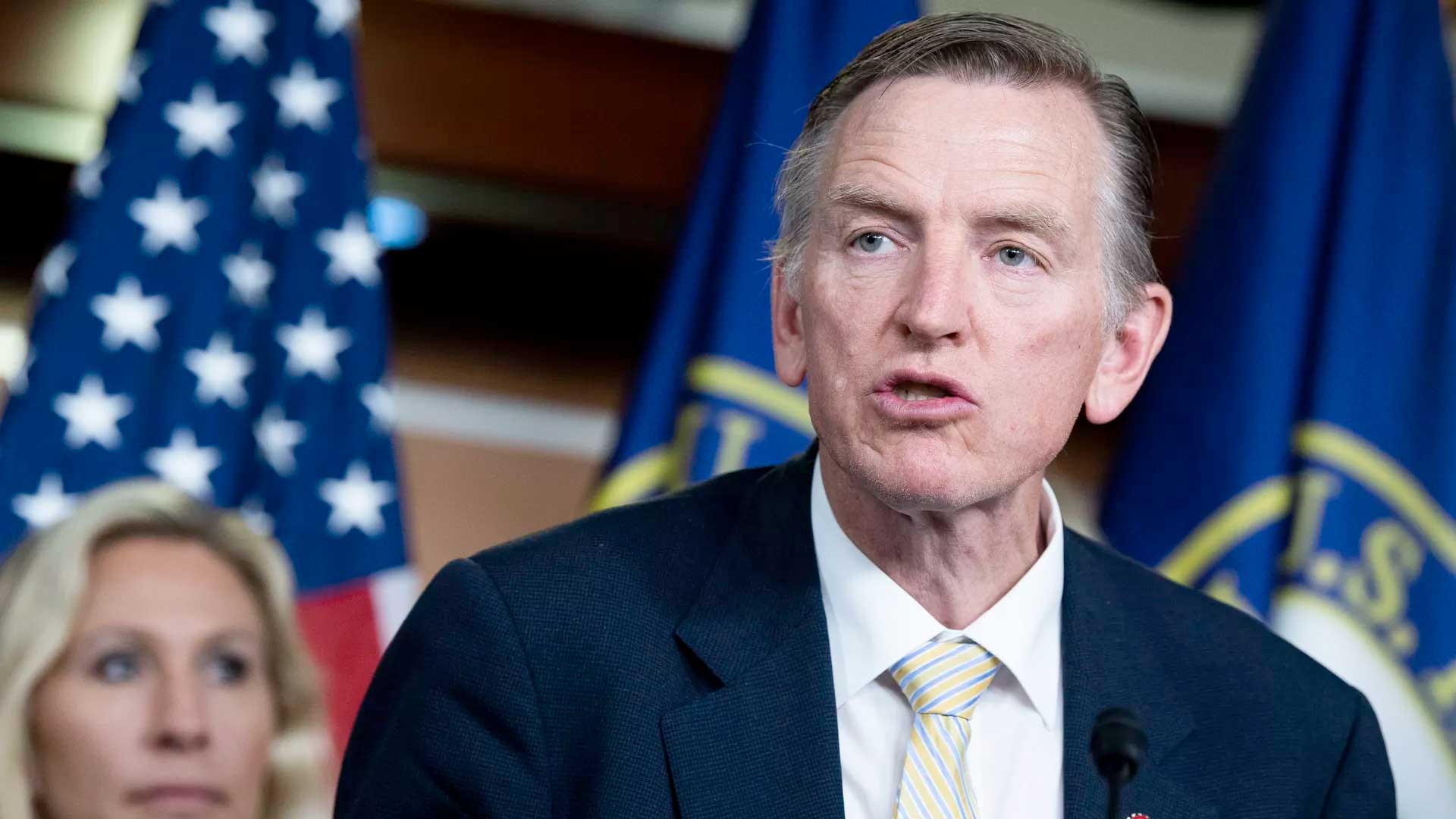 Rights Groups Push for Expulsion of Paul Gosar from Congress

Rep. Paul Gosar’s violent video has spurred widespread backlash and many thousands of people have signed a petition urging his expulsion from Congress.
Read More 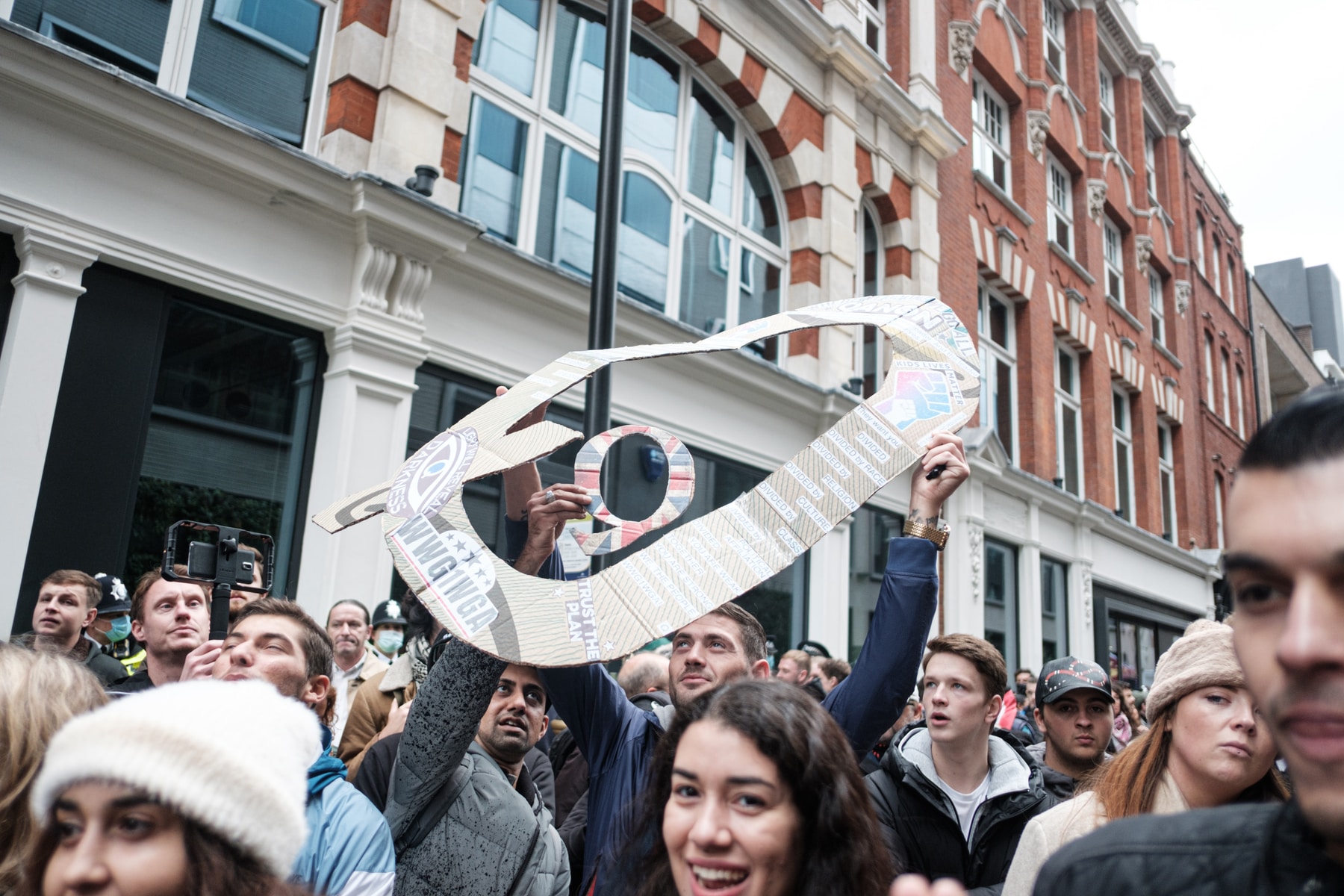 Opinions, Money and Politics, Racism (Us vs Them)

Republicans and Qanon — Turning Crazy Into a Brand

Nothing coming from the Q “channel” actually makes sense. And that is pretty much the point. Qanon isn’t so much a movement, but a way of capturing...
Read More 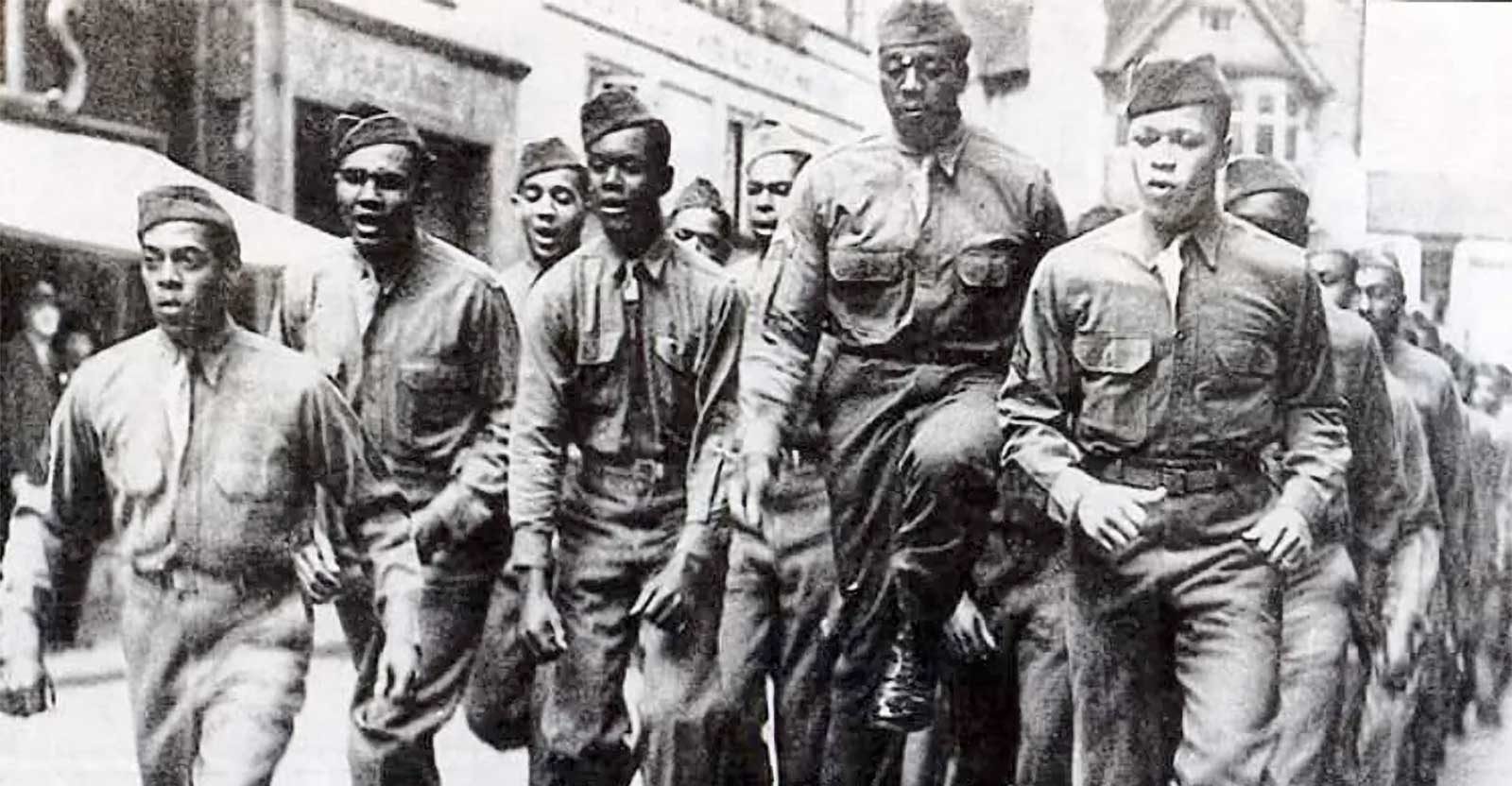 The racism instilled in white American soldiers during WWII was not left behind when Black soldiers were readily and happily accepted by British civilians. In one...
Read More 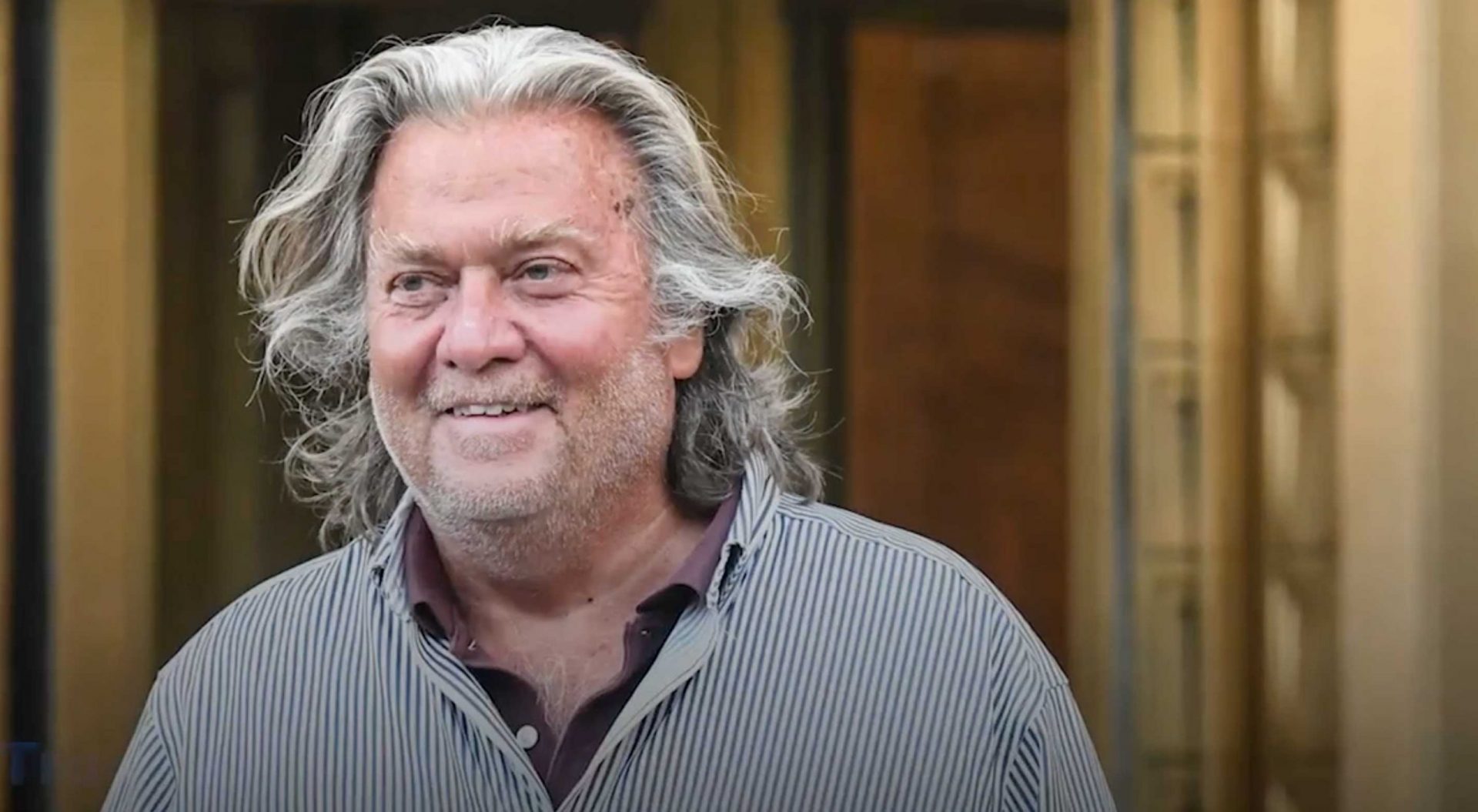 Money and Politics, Human Rights, Racism (Us vs Them)

Steve Bannon and the Truth About the Alt-Right

In terms of attitude and character, there is no difference between Nazi, white supremacist, KKK, Proud Boy, Oath Keeper, Three Percenter—except spelling. With...
Read More 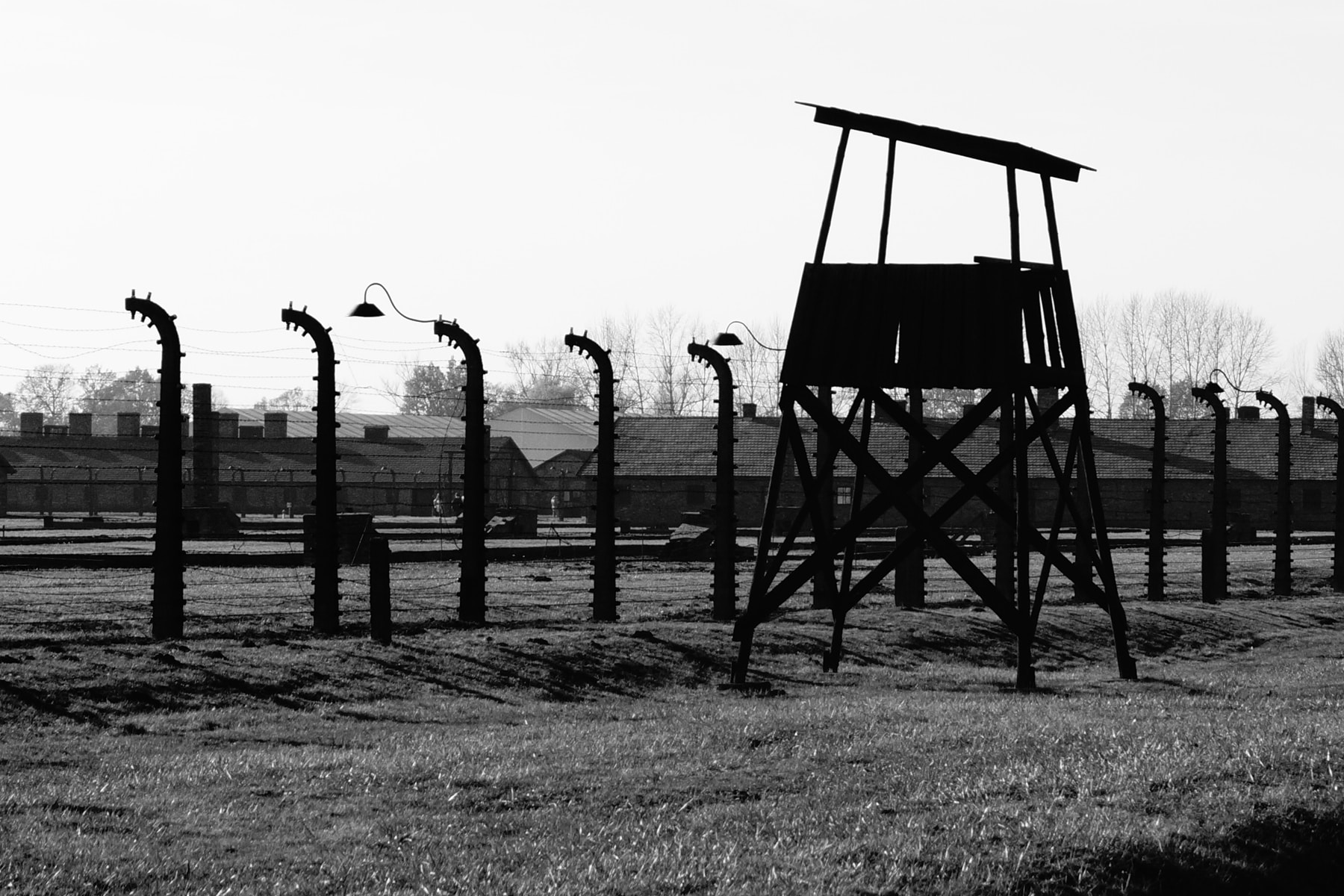 Human Rights, Racism (Us vs Them)

The True Danger of Racist Propaganda

We can make light of the obvious and transparent stupidity of FOX, OAN, Breitbart and Newsmax, but make no mistake, there is nothing funny about their racist...
Read More

Climate change impacts – such as droughts, floods or storms – affect people differently depending on their wealth and access to resources and on their involvement in...
Read More 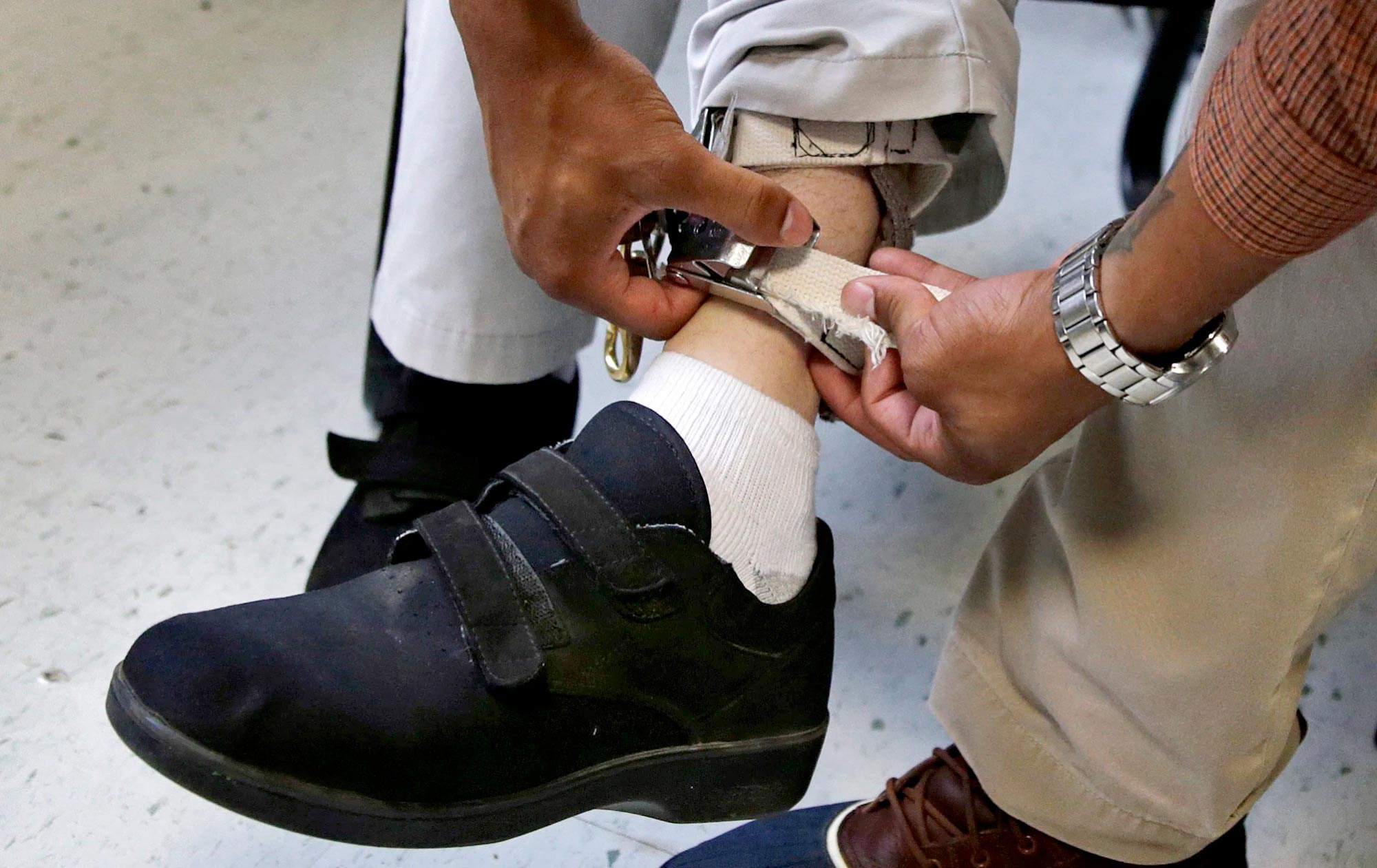 Why Is One School Still Using Electric Shock Torture Devices on Students?

At Judge Rotenberg Center in Canton, Massachusetts, some students at the school wear electric shock torture devices at all times, while staff members monitor them for...
Read More 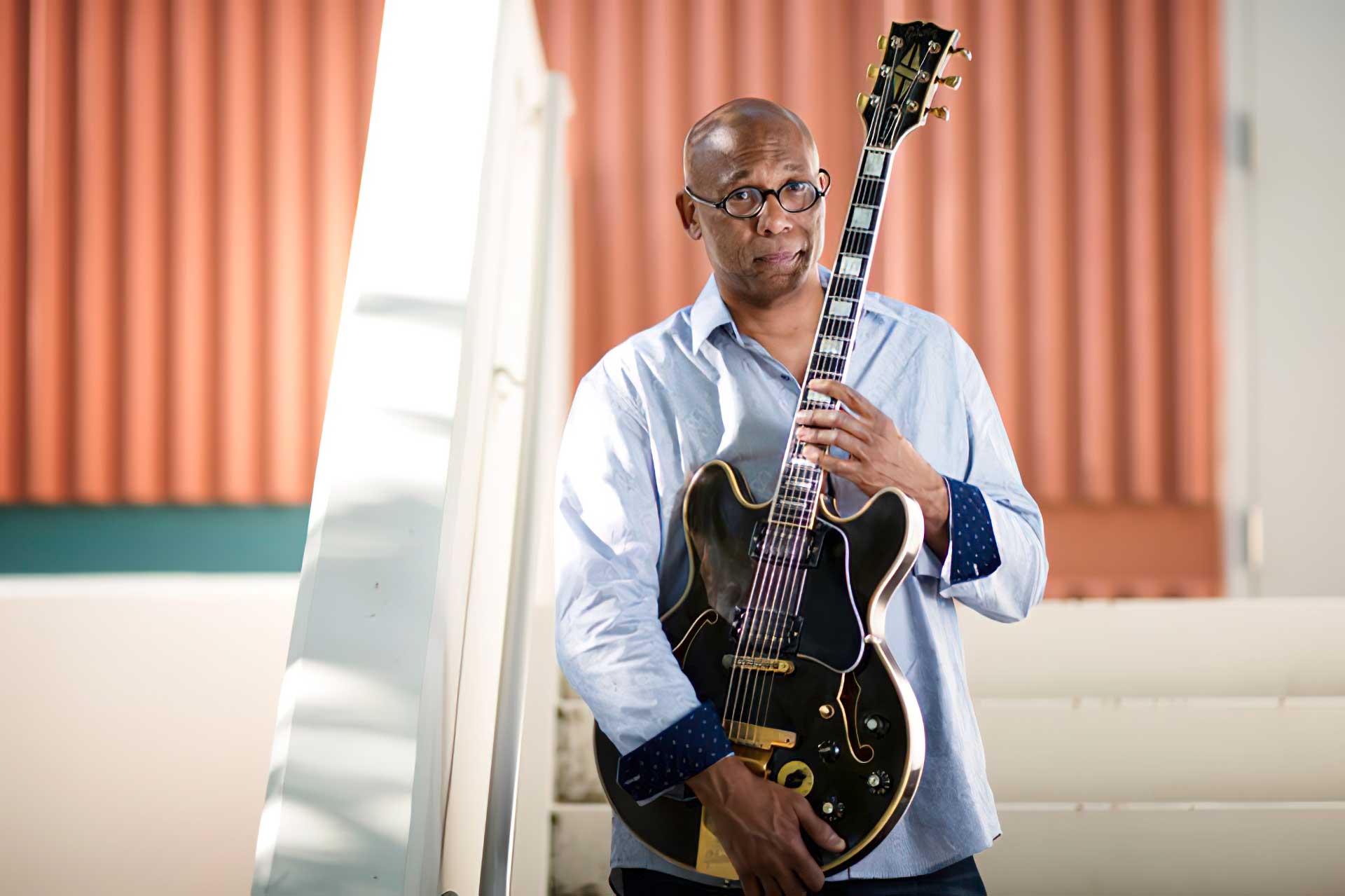 Racism is rooted in fear, and fear is rooted in what we don’t know and can’t see. It’s not even so much a thought or personal policy. Racism is an involuntary REACTION....
Read More 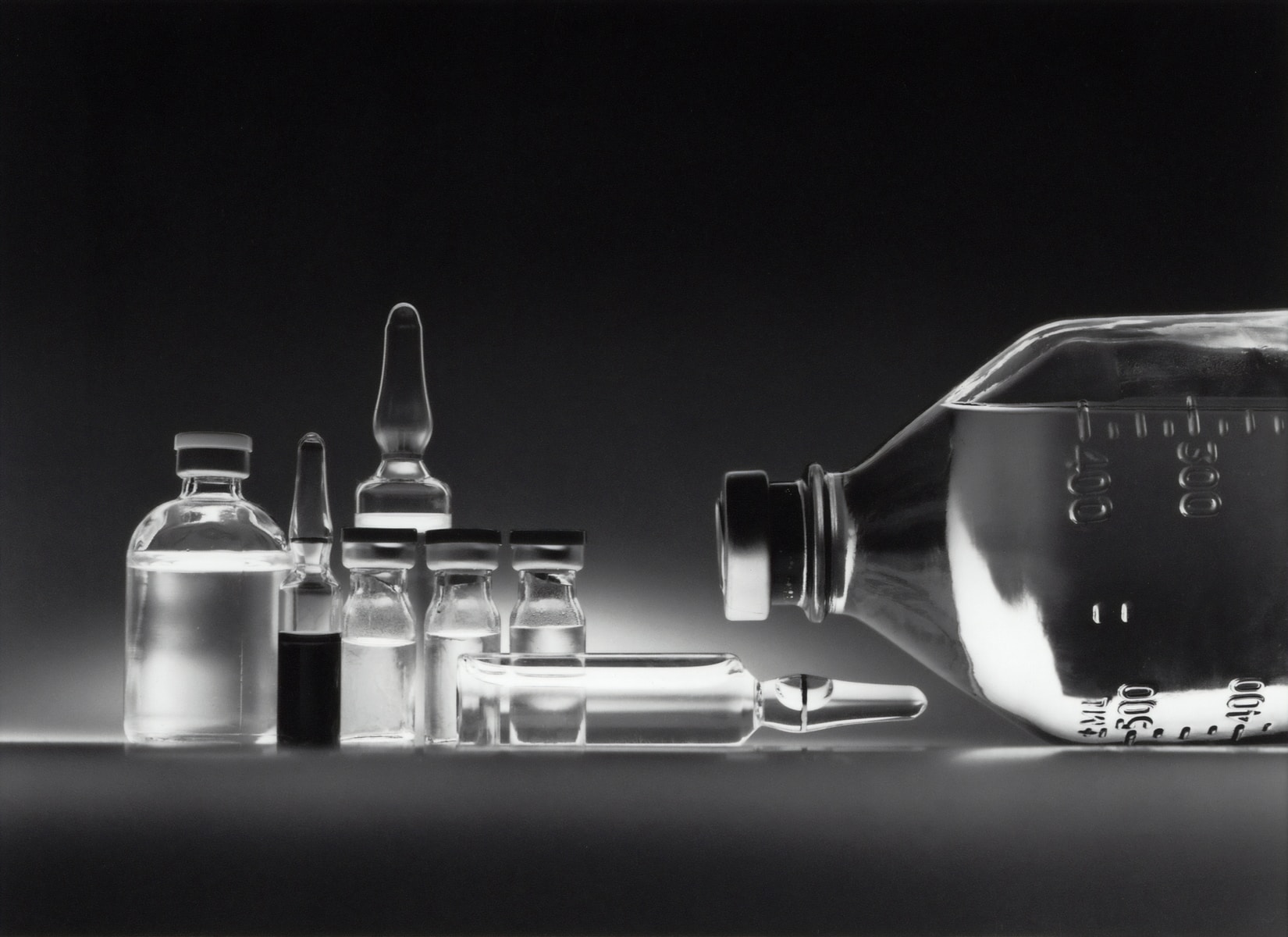 Your Money or Your Life — Big Pharma’s Stranglehold on America

The move to prevent Medicare from negotiating with Big Pharma and giving that job to for-profit companies was a stroke of greed-genius that would have made Gordon Gecko...
Read More