Why Not Say the Word, “Fascism?”

Proud Boys march across the Hawthorne Bridge during the rally in Portland. Photo by Noah Berger/AP/Shutterstock

Why Not Say the Word, “Fascism?”

Proud Boys march across the Hawthorne Bridge during the rally in Portland. Photo by Noah Berger/AP/Shutterstock

Republished with permission from Common Dreams, by Mark Green,

While Republicans routinely call Democrats “Marxists,” it’s been taboo for Democrats and the American mainstream media to brand Trump and his followers “fascists.”

The F-word is widely considered over-the-top name-calling, too redolent of Hitler, and risks triggering white-right Twitter trolls or even vigilantism . . . as Democrats instead usually confine their critique of the right to more academic words like authoritarian and stick to their preference for policy over polemics.

Still, how did “fascism hesitancy” survive the tone of Trump’s apocalyptic 2017 inaugural address and later the “Jews will not replace us” march of “good” neo-Nazis in Charlottesville, Virginia? Fast-forward to 2020 and 2021 . . . when Trump incited a violent insurrection to stop the peaceful transfer of power, pursued a failed conspiracy with his own Justice Department to reverse state election results (“just say [the election] was corrupt”), and spread two lethal Big Lies—Covid “will magically disappear” and “I won in a landslide.” Now his political progeny are engaging in modern book-burning by trying to forbid teaching about the history of racism in the United States. (Tulsa Riots? “That was nothing. . . . ”)

Actually, Trump engaged in a slow-motion sedition from day one of his presidency, somehow managing to arouse only occasional public obloquy until January 6. Yet the entire time, he closely followed the playbooks of Mussolini, Salazar, Putin, and Bolsonaro: propaganda packaged as reality, extreme nationalism, delegitimization of the media, erosion of public confidence in elections, glorification of the military, self-enrichment and nepotism, relentless lying and systematic corruption, incitement to violence, Nuremberg-like rallies, a creed-of-greed over the common good, admiration of fellow dictators, scapegoating immigrants, vilification of “the other,” and the provoking of constant crises that “I alone can fix.”

Add to that a constant blur of hyperbole, disinformation, and gaslighting that undermines policymaking based on agreed-on truth (see astonishing controversies over vaccines, masks, horse deworming pills, and insurrection denial).

No, Trump et al. obviously aren’t genocidal Nazis, but that is a lazy benchmark. Instead, just connect the dots above, and the pattern emerges: If openly cheating to install permanent minority rule doesn’t spell out “fascism,” it’s hard to see what would.

The GOP has settled on a consolidated strategy to win elections after its 2020 losses: hold back the majority tide of a more urban, diverse population with extreme gerrymandering and voter nullification. In this, it is aided by senators like Joe Manchin and Kyrsten Sinema, who ironically pretend that keeping the Jim Crow filibuster is the key to saving Democracy. (That sound we hear is Mitch McConnell laughing.)

It’s now past time for Democratic opinion leaders to expose Republican extremism so that credulous five-minute voters don’t keep reciting reactionary talking points. With some exceptions, Democrats have largely lamented that they are “very concerned, troubled, worried” by the new radical Republicans. That’s pretty lame after January 6, which President Biden accurately called “the worst attack on our democracy since the Civil War.” Or as author Mary Trump explained, “[My uncle] is an instinctive Fascist . . . but pulling punches and using polite language isn’t going to [work]. Republicans haven’t lost their way. It has led them straight toward unabashed white supremacy and fascism.”

So here we are: the fringe right controls the GOP and is getting closer to taking over the other two branches of the federal government, having already packed the Supreme Court with its disciples. Timothy Snyder, historian at Yale and expert on authoritarianism, has concluded, “We’re looking almost certainly at an attempt in 2024 to take power without winning the election.”

Unilateral polemical surrender here is not a formula for success.

There is another way. Blunt honesty.

In his final speech of the 1936 presidential campaign, for example, FDR called out the American Liberty Lobby for trying to impose a “fascist” government that would merge corporate and state power.

General Mark Milley last December worried that Trump might exploit some “Reichstag fire” to send federal troops into American cities (which he nearly attempted). Representative Jamie Raskin called those who violently attacked the Capitol “fascist thugs.” Last month, Joy Reid began one of her MSNBC shows wondering why “we haven’t seen the fascists right in front of us?” A handful of prominent authors and advocates—from David Frum, Masha Gessen and Sarah Kendzior to Robert Reich, Malcolm Nance, Michelle Goldberg, David Corn and Steve Schmidt—have also concluded that “fascism” is an apt description for what Trump and his devotees want.

Since calling out fascism after it succeeds would be like finally agreeing to be vaccinated while they’re hooking you up to a ventilator, ideally more voices will join this candid cadre to make it part of the 2022 election conversation—say, people such as the Democratic National Committee chair, major newspaper editors-in-chief and editorial boards, those who book the Sunday shows and write copy for national news anchors, Bill Kristol Republicans, scholars and lawyers, plus more politicians like the straight-talking Elizabeth Warren.

But if applying the word to a political party is still considered un-P.C.—despite nearly all GOP electeds blaming nonexistent voter fraud in order to steal the franchise from hundreds of thousands of minorities—then at least leading Democrats should call out the very worst examples of politicians who abuse their office to stay in power. Most obviously, there is the “depraved indifference to human life”—the legal standard for negligent homicide—shown by governors DeSantis and Abbott, whose pro-Covid, anti-mask, and anti-vaccine posturing is aimed at bolstering their presidential prospects with extremists in the Republican base, no matter how many die. In a bid to win this race-to-the-bottom, Abbott then took the extra step of effectively banning abortions by enacting a law that deputizes millions of citizens to earn bounties by outing women seeking the procedure. What could possibly go wrong with a system of Stasi-like snitches?

To counter such creeping fascism, the Biden-Harris team’s smart focus on positive programs to help families plus a name-and-shame campaign by other Democrats would help prod weak Republicans and Independents to think twice—“Mom, Dad, are you really going to throw in with these fascists?” It can break through the fog of culture-war distractions to put FOX and the GOP on the defensive—let them try to normalize the growing volume of big lies, lawlessness, and “patriotic violence” (in the phrase of scholar Ruth Ben-Ghiat). Make it like smoking and gay-bashing, which went from casual acceptance to uncool.

People who have long assumed that “it can’t happen here” need to be warned about extremists who wear flag pins while undermining the values the flag represents. Unlike in the past few thousand years of politics and persuasion, violent men with guns can now effortlessly pass around digital screeds on the internet about “stolen elections,” “masks equal freedom,” and a martyred Ashli Babbitt, while openly talking about triggering a new civil war. For now, they appear in videos screaming at mask-wearers in stores, but with Trump-driven hate crimes skyrocketing, they could well evolve into American Blackshirts roaming around like Kyle Rittenhouse and those nuts convicted of trying to kidnap Michigan’s Governor Gretchen Whitmer.

Homegrown terrorism is already regarded by the Department of Homeland Security as the top terrorism threat, worse than the Taliban and Al Qaeda. Demagogues like Tucker Carlson, Rand Paul, and Madison Cawthorn seem only too eager to light their fuse. The looming political choice now is not the traditional left versus right, so much as democracy versus fascism—governance by the many or by the few; voting versus violence. What’s alarming is that most people aren’t alarmed.

Say. Its. Name. That may appear to be impolite, but then, fascism itself is neither polite nor patriotic. It is, instead, an existential threat to America’s 240-year history of democracy.

Mark Green, the first public advocate for New York City, has published 25 books, including Who Runs Congress? and, most recently (with Ralph Nader),Wrecking America: How Trump’s Lawbreaking and Lies Betray All.

Mark Green was the first Public Advocate for New York City and is the author or editor of 24 books. His new book, “Wrecking America: How Trump’s Lies and Lawbreaking Betray All” (2020), co-authored with Ralph Nader. 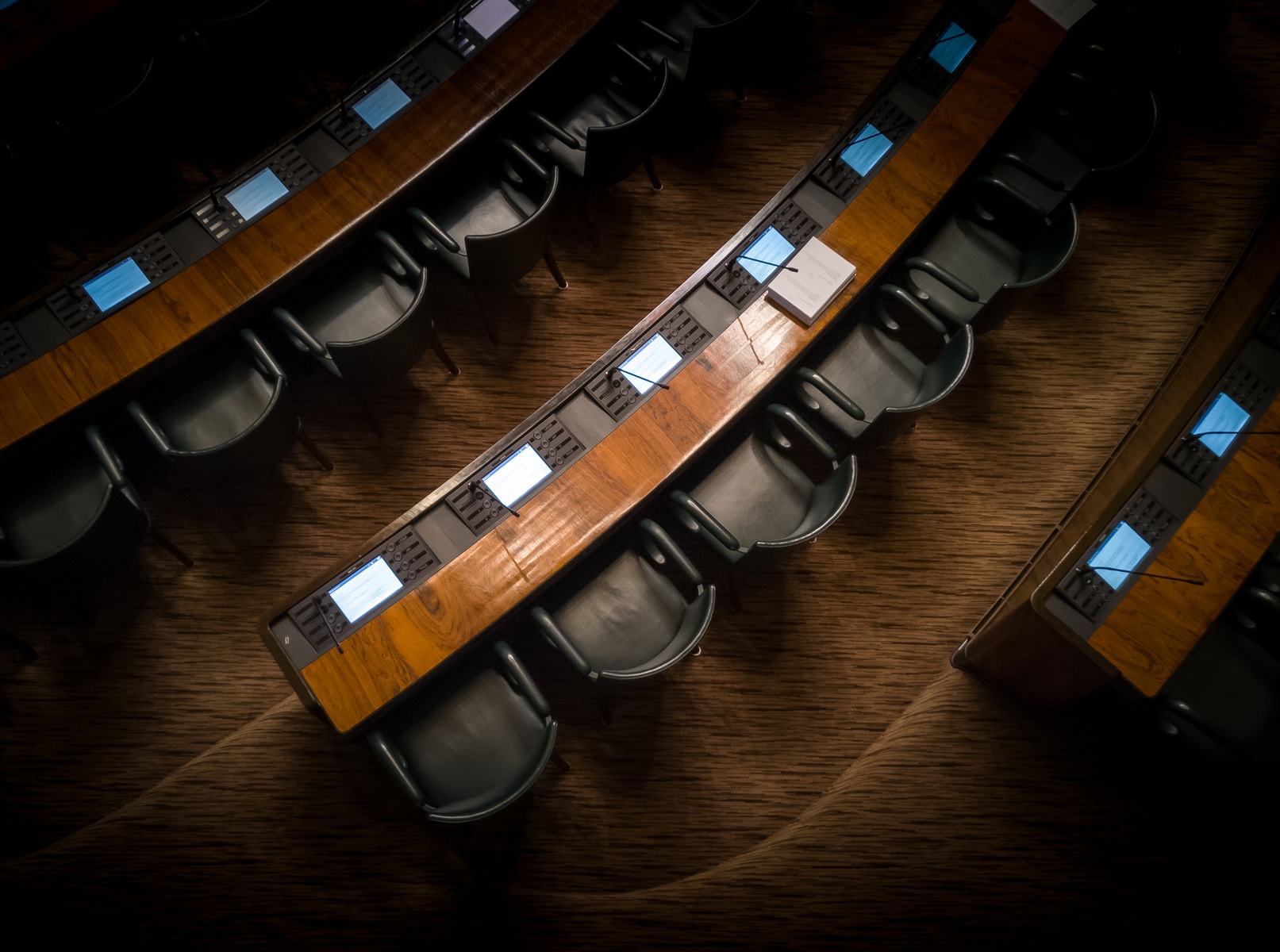 Our Constitutional Responsibility: Theory Versus Reality

We abdicate responsibility to the degree and react to the actions or inactions of how well the people we elect perform, or how we think they perform, OUR expectations....
Read More 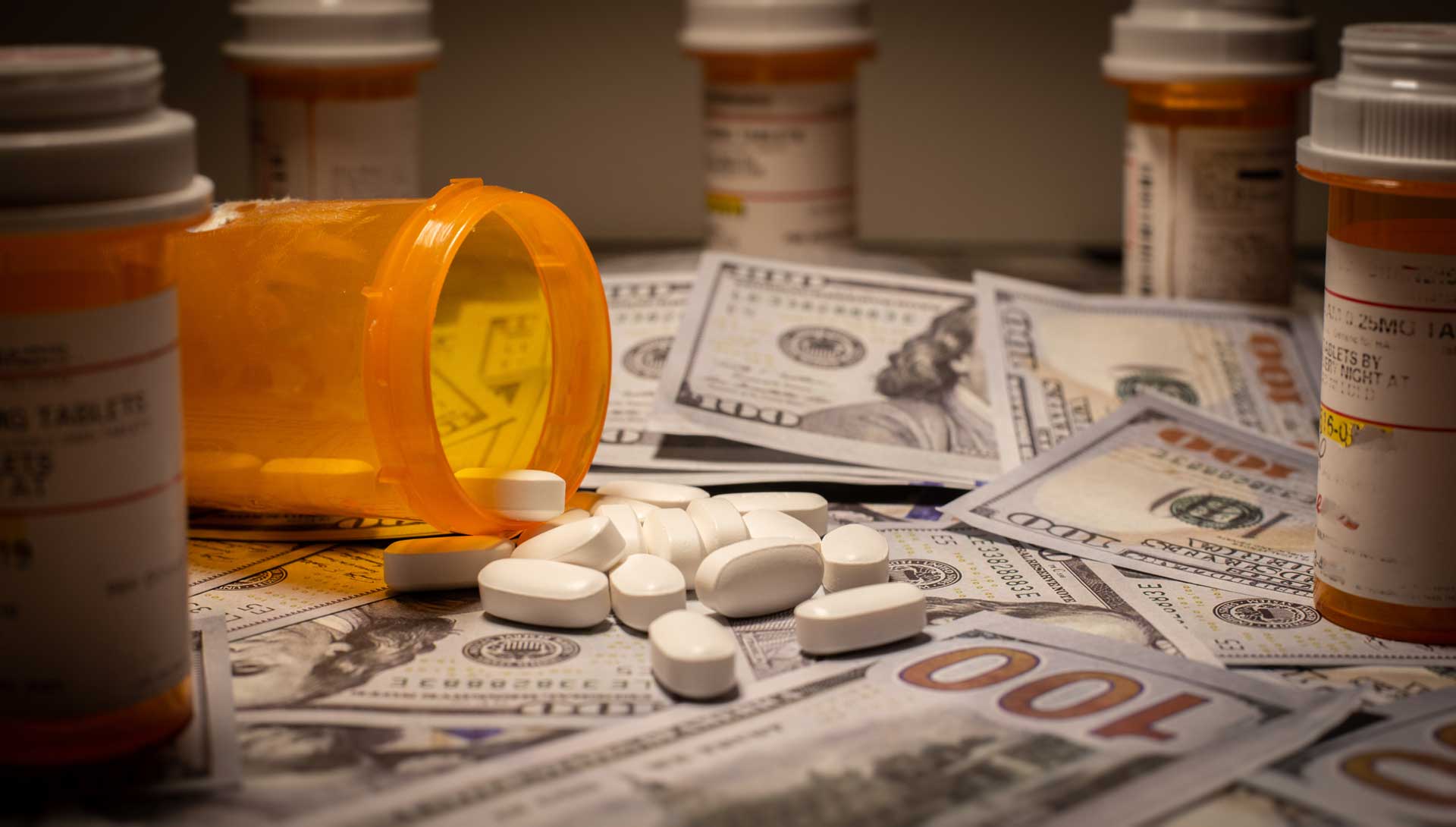 Drug Money: Cartels Are Evil but the Legal Ones Are Worse 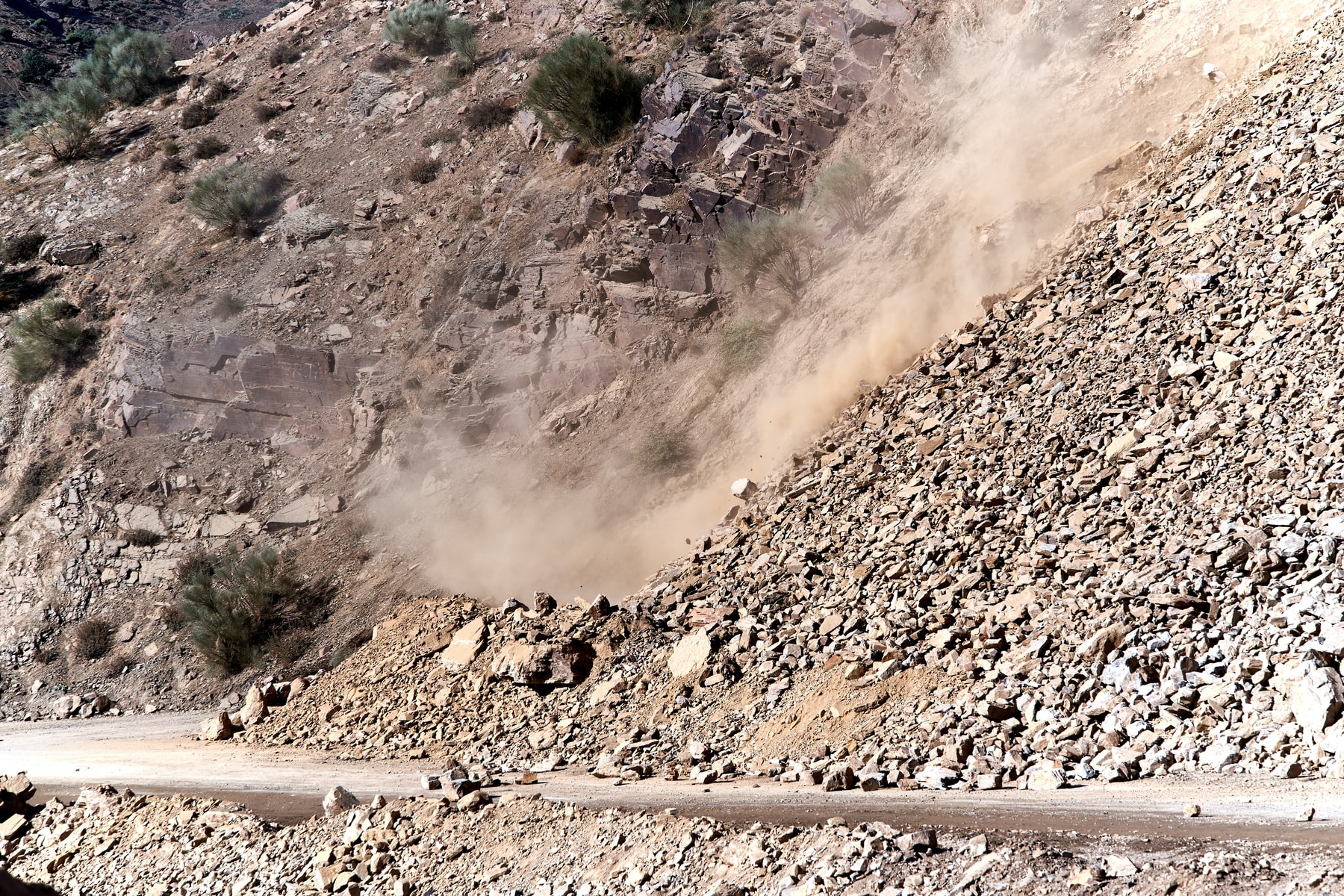 Yesterday’s massive loss by California recall supporters should bring a huge sigh of relief from those who feared the worst. The prospects of Larry Elder being...
Read More

Overcoming Our Differences—With or Without a Heineken

In 2017, Heineken put considerable time and expense into creating a video which while it is a commercial, pointed out the solution that the purveyors of hate seriously...
Read More 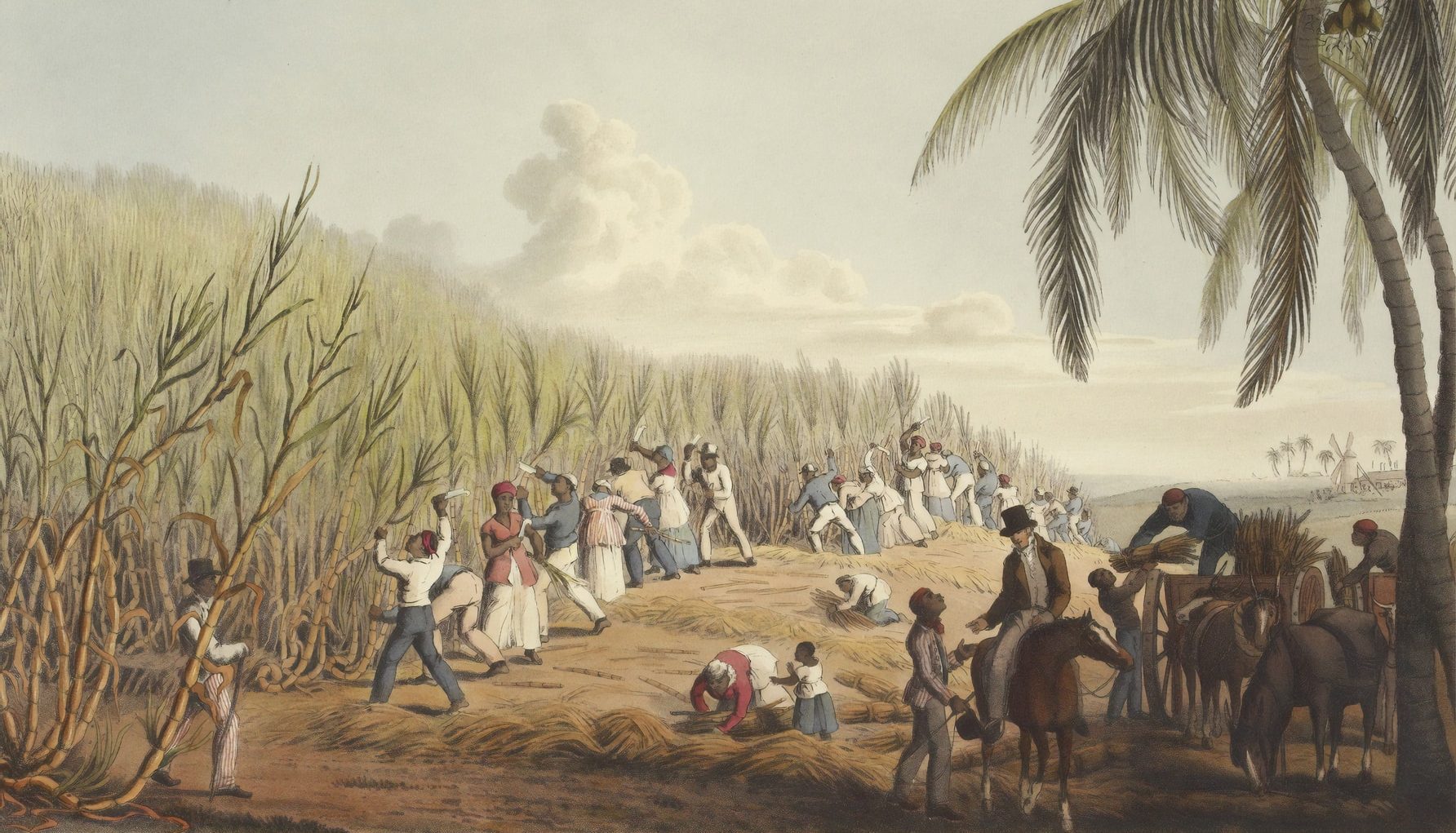 Slavery and the Continuing History of Voter Suppression

Voter suppression for African-Americans began when their right to vote a fantasy. When our founding fathers were crafting our Constitution, the issue of voting rights...
Read More 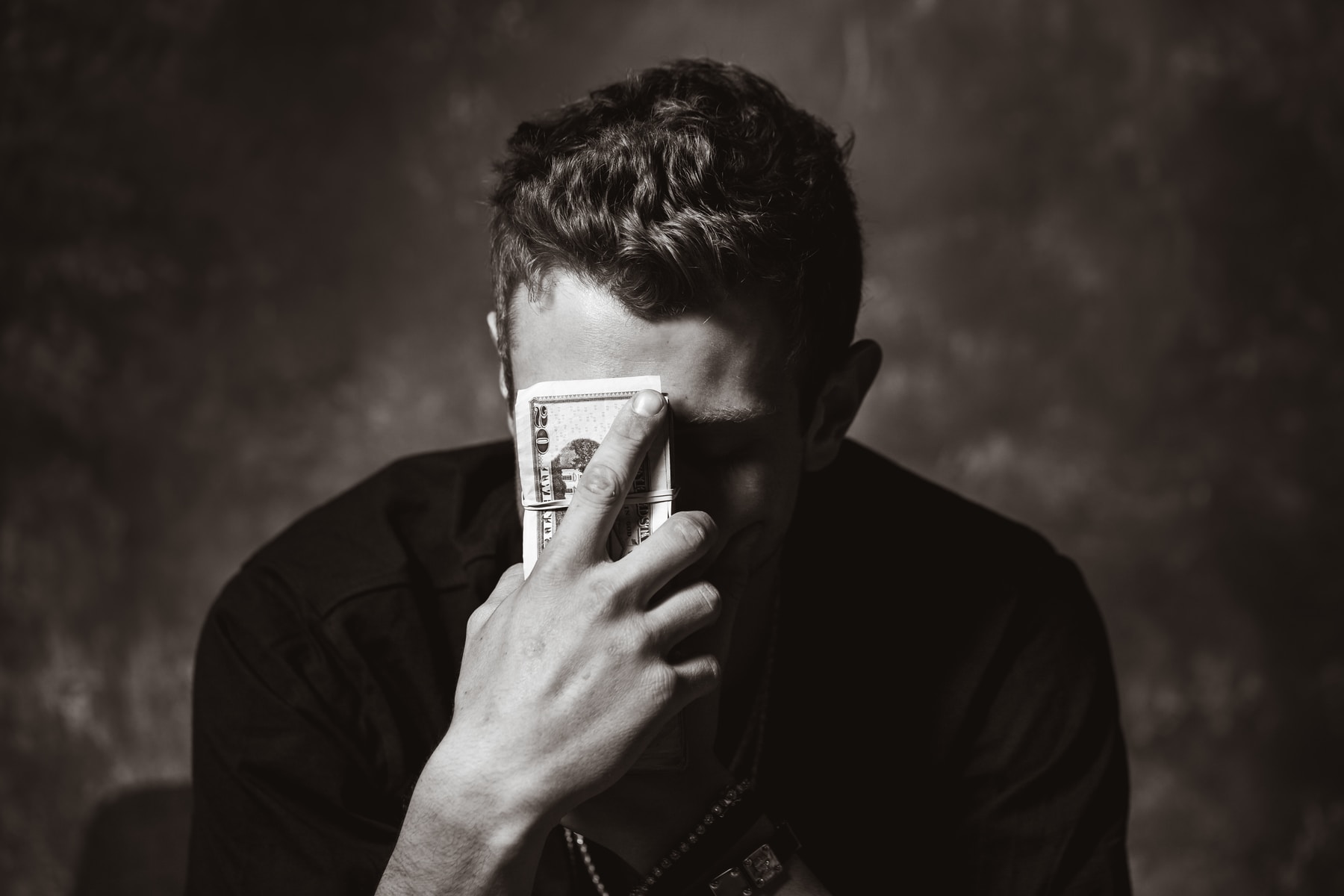 Long term propaganda campaigns have convinced the American public that “government money” is somehow not their money. Public funds are those funds that came...
Read More 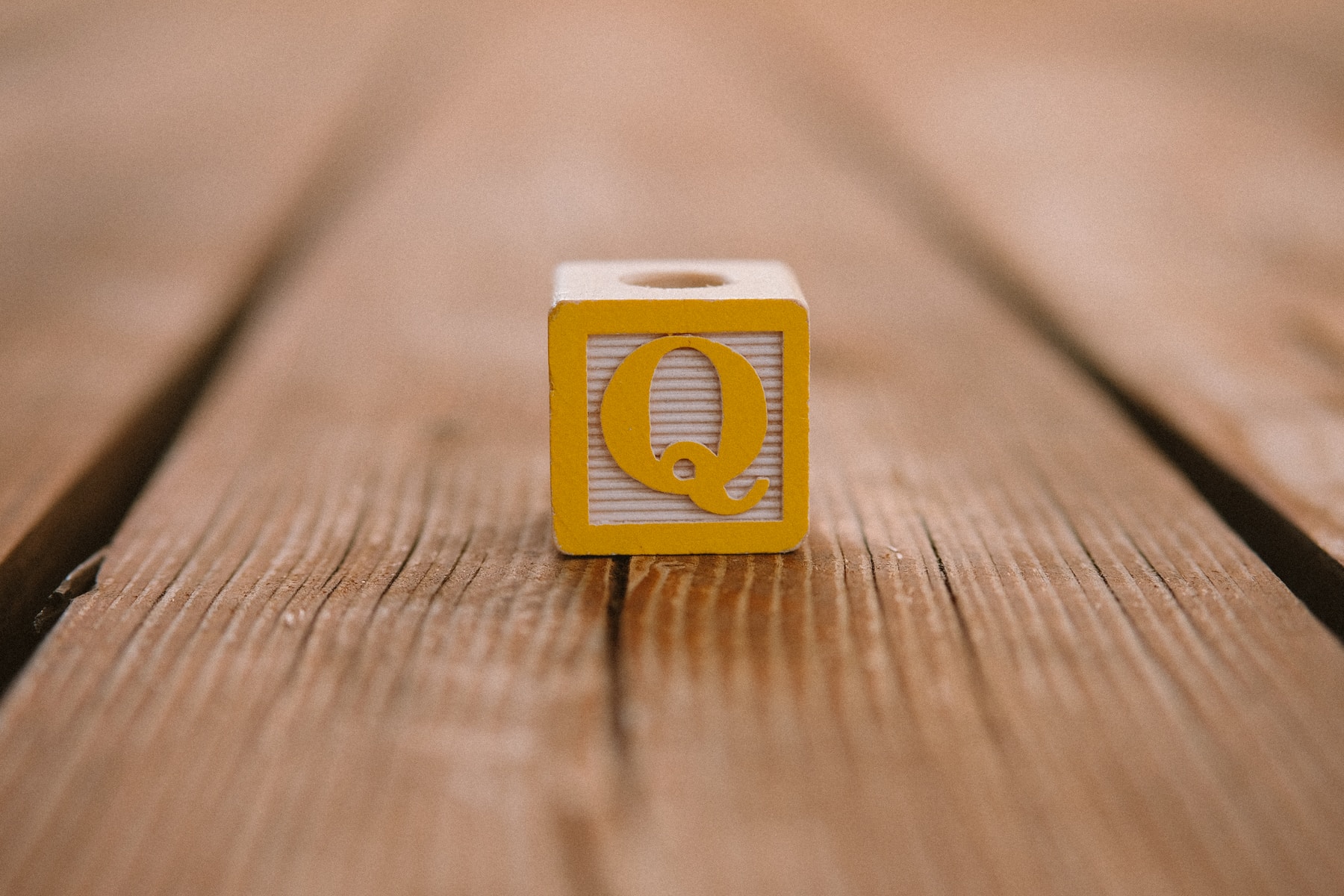 Quick Facts, Opinions, Racism (Us vs Them)

Propaganda and the Fact-Free Cult

After the Civil War, a propaganda campaign was launched against the recently freed African-Americans. They were labeled animals, shiftless, lazy, dumb, poised to take a...
Read More 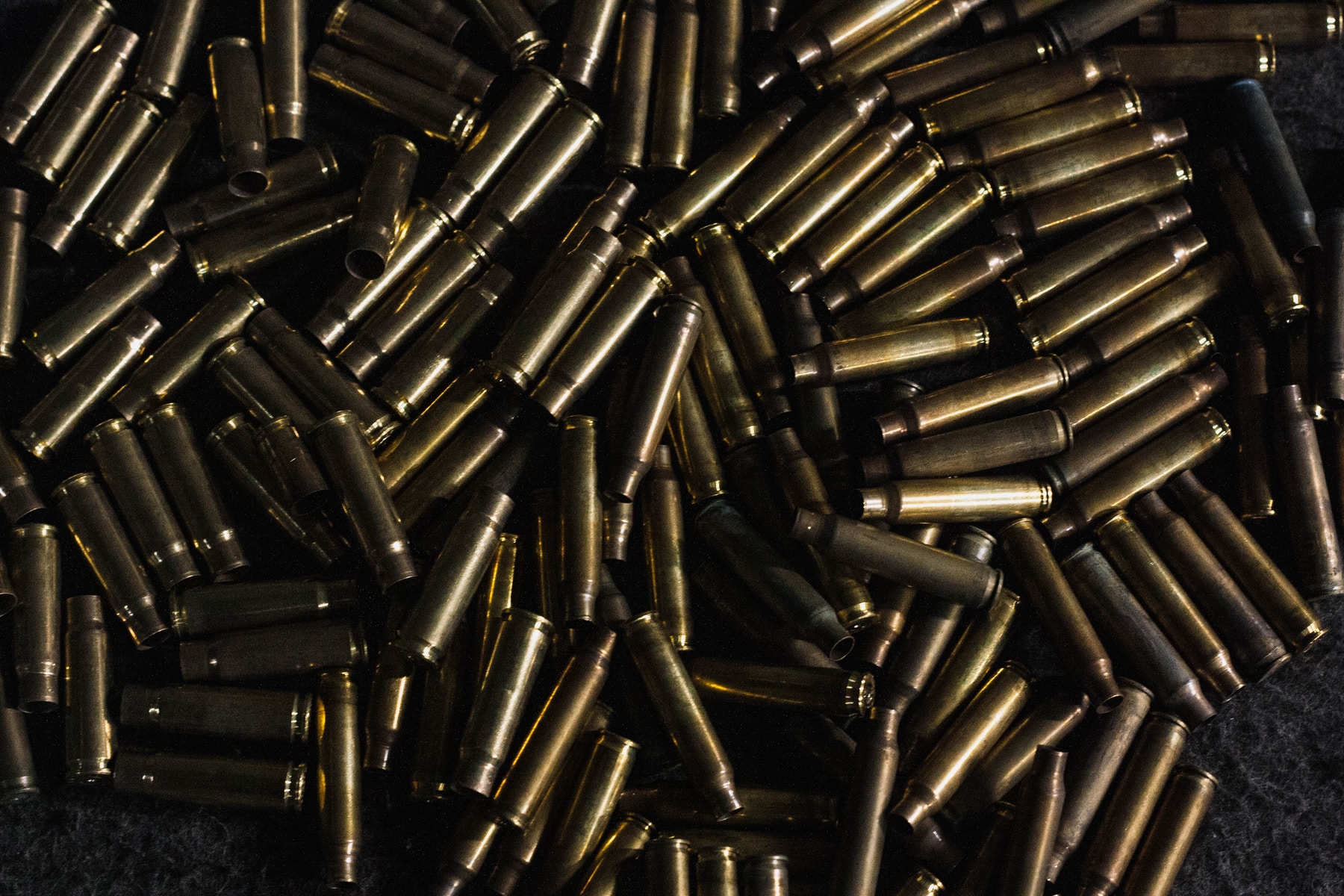 What Afghanistan Withdrawal Critics Are Really Saying: I Want My War Profits Back!

In Dizzy City politics, what we are not supposed to have attention on is the $2 trillion that has already been burned in Afghanistan. Never forget that the vast...
Read More 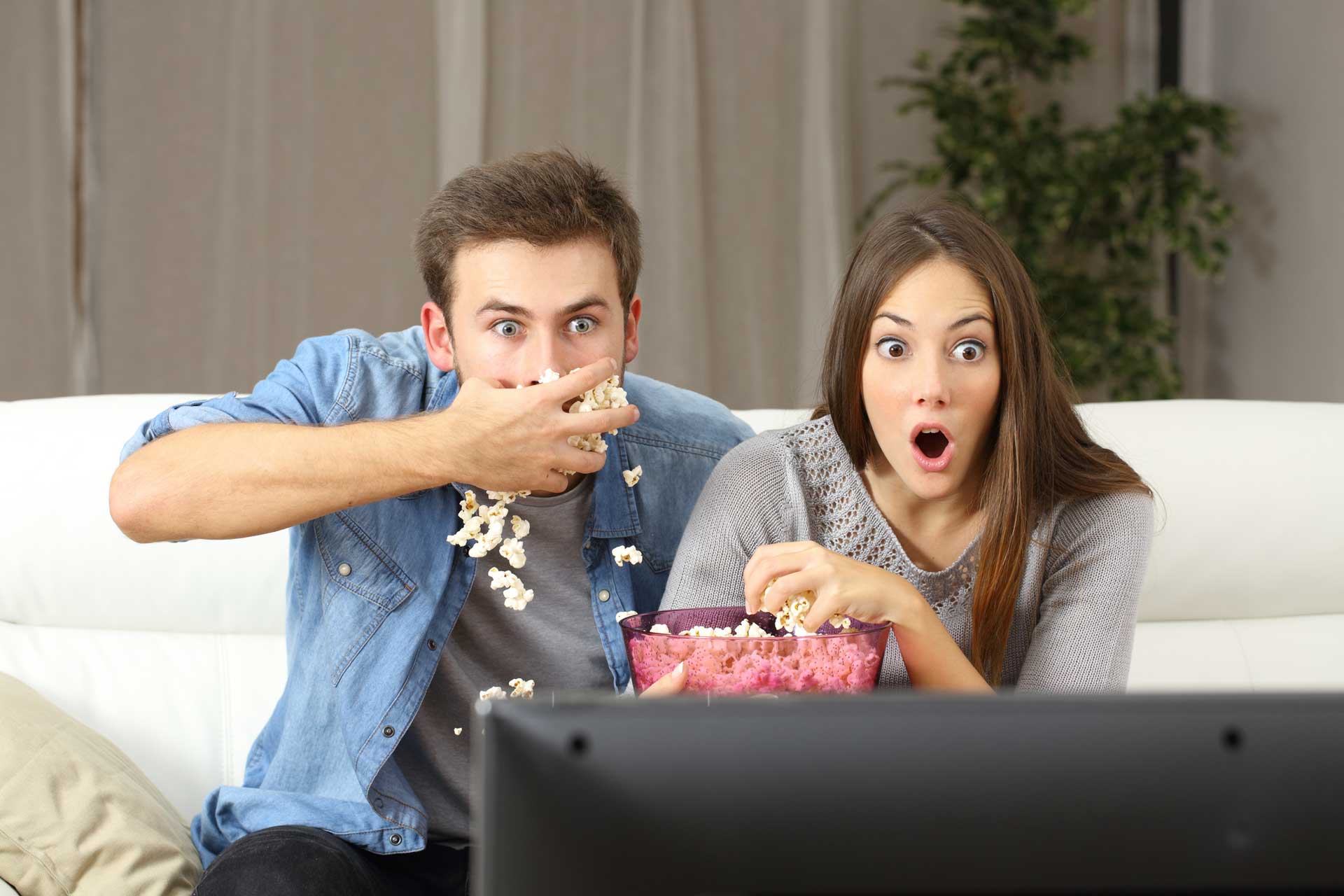 The Blame Game — The Washington D. C. Reality Show Where Nobody Wins

Everyone involved in The Blame Game reality show  in D.C. is fully armed with pet facts designed to paint someone else in as bad a light as possible. But like every...
Read More 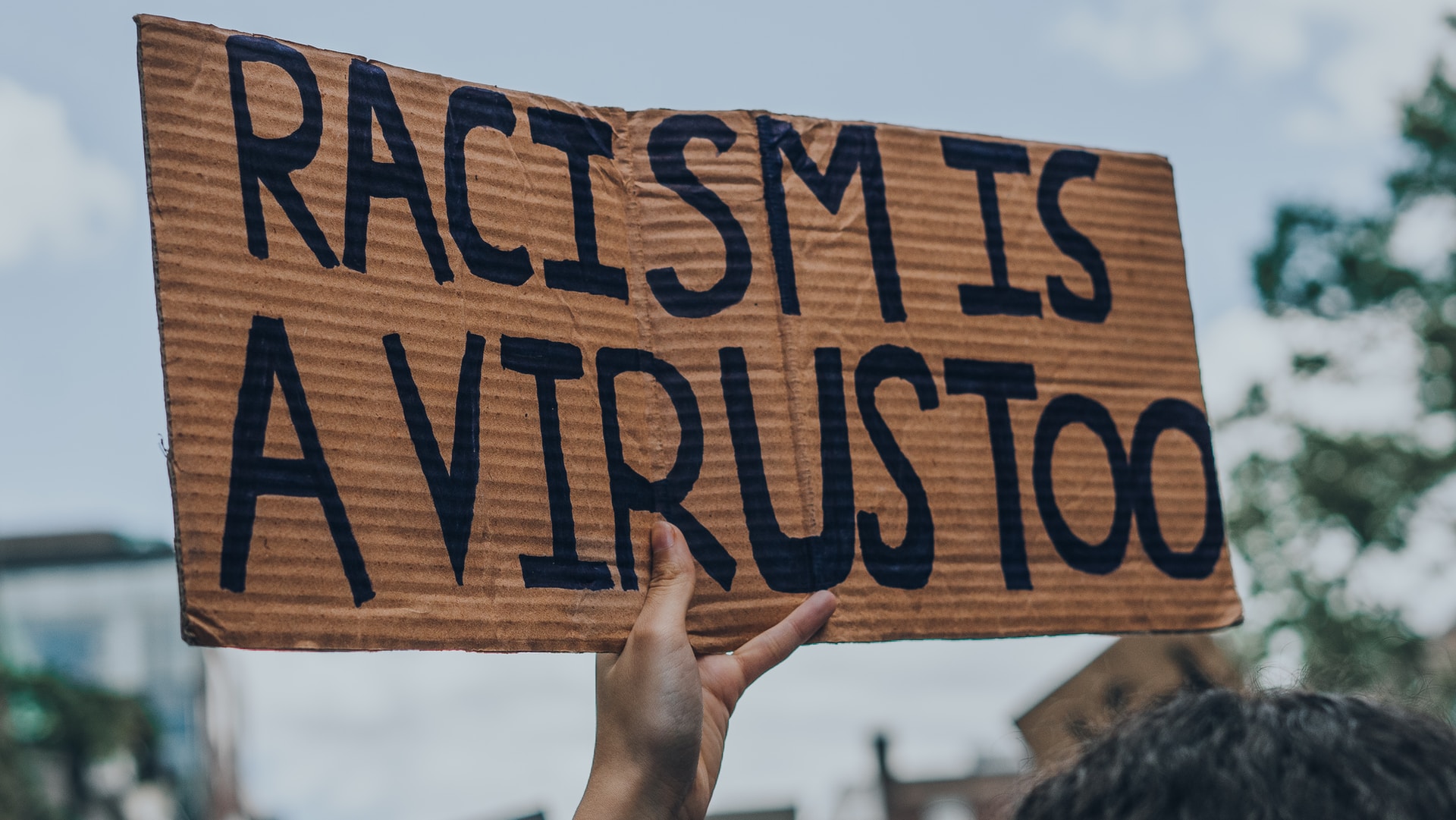 Are Some White People Just Suckers for the Con of Racism?

Whites still grasp onto the delusion, still believe in the con of racism that Dixieland was some kind of utopia. Perhaps you could say it was for the slave owners, but...
Read More