Will Ukraine Be Putin’s Last Dance?

Will Ukraine Be Putin’s Last Dance?

Don’t for a minute believe any notion that Ukraine will be a pushover for Putin. Soon he will have to answer to the parents and loved ones of Russian soldiers who have died for him but not for Russia.

There is no one less qualified to hold a national office than a leader who initiates a war. This applies not only to the United States but any government and now most of all to Vladimir Putin.

War is a particular insanity which we are all too familiar with on Earth. We’ve had a lot of practice. War only creates death and destruction. And profit, let’s not forget that one. There is no other lasting result. Untold centuries have taught this. Yet here we are again. Russia is now engaged in a full-scale invasion of its neighbor, Ukriane.

We don’t like picking sides in a fight because all too often both sides are at fault, usually for listening to the wrong people who incite them into that fight. But in this case, the graphic below is our position. 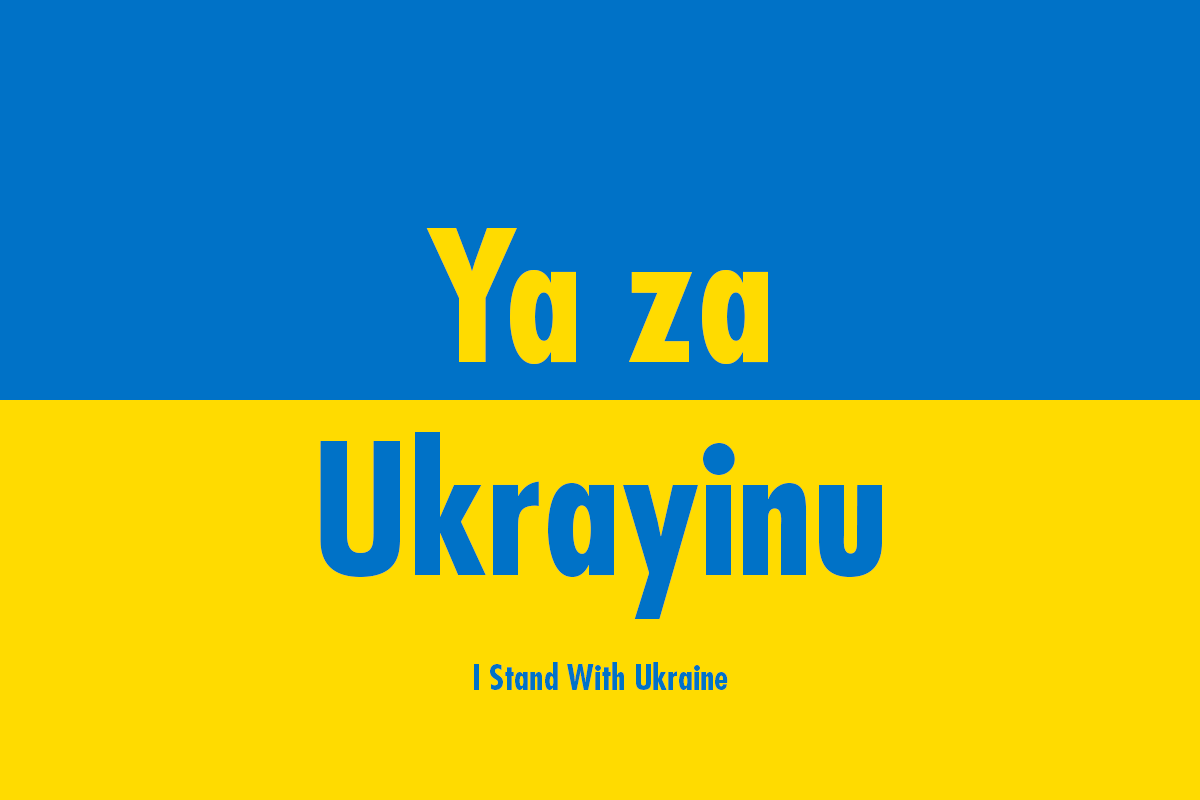 I Stand With Ukraine

Albert Einstein reportedly said, “Insanity is doing the same thing over and over again and expecting different results.” Turns out he did not say this, but the statement is true nevertheless. It certainly applies to Mankind’s repeated use of war as a social dramatization despite the lessons of history. Maybe this is why the people who support war the most also seem to hate the teaching of history’s lessons.

Wars start with lies. Hitler had an entire government ministry devoted to lying to create the “reasons” for his aggression. The Neo-cons of the Bush era fabricated the WMD lies to foster the invasion of Iraq. Vietnam had the Gulf of Tonkin incident. Name the war, there’s a documented structure of lies behind it.

Putin, who has actually been attacking Ukraine for the past 8 years, calmly ramped up troops on their borders. Then in rapid succession he recognized two “breakaway” republics which he actually manufactured. This was followed by a rambling statement of how he needed now to protect these republics and launched his full war. But like Trump, Putin is transparent in his intentions. He has openly stated he plans to “de-nazify” the Ukraine. This is a clear statement that he plans to wipe out anyone opposed to him, just the way he’s done with the rest of Russia.

People have called Putin clever and inscrutable. The fact of the matter is that he’s simply a thug of an Ex-KGB agent who muscled his way to the top in Russia over the dead bodies of all opposition. He’s just like any other past Czar or Communist dictator: predictable. The Czars conned the populace with the lie that they were anointed by God. Since then the “Divine Right of Kings” has been replaced by the “Divine Right of Capital,” the richest guy in Russia—with his own palace on the Black Sea—is their de facto Czar. How he gained that position will be an interesting study.

What can we do about the situation from the other side of the world? Garry Kasparov, Chairman of the Human Rights Foundation and 13th World Chess Champion published a series of ideas on Twitter:

Kasparov’s final bullet point is incorrect. It is time to get smarter than fighting. Fighting and the descent into the “fog of war” is never a real solution—no matter how angry we become at what is occurring.

Domestically, here are a couple of specific ideas that could help:

Don’t for a minute believe any notion that Ukraine will be a pushover for Putin. Soon he will have to answer to the parents and loved ones of Russian soldiers who have died for him, but not for Russia. In the opening hours of his attack yesterday he lost six aircraft to Ukrainian air defenses.

We predict that Ukraine will be Putin’s final miscalculation. In spite of the fact that he will inflict horrific damage on that country, this will rebound on him. The costs will not be easily swallowed by the Russian people. One day, in the not too distant future, someone will say “Enough.” We can only hope that whomever “removes” him from office is not worse.