A Dec. 19, 2022 meeting of the Select Committee to Investigate the January 6th Attack on the U.S. Capitol, in Washington, DC. Getty Images

A Dec. 19, 2022 meeting of the Select Committee to Investigate the January 6th Attack on the U.S. Capitol, in Washington, DC. Getty Images

Despite the unprecedented action by the January 6th committee of the criminal referral of the ex-president for a variety of charges, Congressional committees have a long and effective history.

After 18 months, more than 1,200 interviews and 10 public hearings that presented 70 witnesses’ testimony, the House Select Committee to Investigate the January 6 Attack released its 845-page final report late on Dec. 22, 2022. The report recommended that the Department of Justice prosecute former President Donald Trump on four criminal charges, including conspiracy and incitement of insurrection. It also contained several legislative recommendations, including reform of the process to count electoral votes in presidential elections. The committee also notably recommended that Congress bar Trump and other officials involved in the insurrection from running for office again under the 14th amendment.

The committee’s recommendation to prosecute a former president was unprecedented. But its investigation of the events of Jan. 6, 2021 fell squarely within Congress’ power, and added a new chapter to a centuries-long history of congressional investigations into government scandals and failures.

Congress has broad investigative powers. Its standing and special committees, known as select committees, regularly conduct both preemptive oversight and retroactive investigations. Their aim: to identify specific cases of wrongdoing both inside and outside government.

Committee investigative reports, released at the end of focused probes, often serve as valuable historical documents. They provide detailed chronicles of the events that motivated the inquiries. For instance, the final report released by the House Select Committee on Benghazi offered a minute-by-minute accounting of events leading to the deadly terrorist attacks on the American consulate in Benghazi, Libya, on the night of Sept. 11, 2012.

The reports typically reiterate the questions that prompted the investigation, explain how the committee conducted its work and delineate the relevant evidence and progression of events. Finally, a report will provide provides recommendations for fixing the problems the inquiry uncovered.

These recommendations may be classified into three distinct types: legal, legislative and institutional. Of the 11 distinct recommendations the Jan. 6th committee offered in its final report, one was a legal recommendation focused on accountability, nine proposed new policies and actions, and one proposed increased oversight in Congress itself. A brief New York Times story from Jan. 26, 1860, about witnesses summoned to testify at a Senate committee investigation of John Brown and fellow abolitionists’ raid on a government arsenal at Harpers Ferry, in what is now W.Va. New York Times archive screenshot

Instead, committees may recommend that the Department of Justice consider indictments based on the evidence presented in the final committee reports. Federal prosecutors often conduct their own parallel investigations during the same time frame as congressional inquiries but take Congress’ evidence and referrals seriously. The Jan. 6th committee’s vote on Dec. 19, 2022 was the first time Congress has referred a former president for criminal prosecution.

In the 1920s, during its investigation of the Teapot Dome bribery scandal, the Senate Public Lands Committee found evidence of corruption by, among others, Interior Secretary Albert Fall. Committee Chairman Thomas Walsh recommended that Fall be prosecuted for “contemptuous disregard of the law.” Fall was also investigated by special counsels appointed by President Calvin Coolidge and was indicted and served prison time for bribery.

In the 1970s, Congress’ investigation into the Nixon administration’s cover-up of the Watergate break-in led to the conviction of three Nixon aides for obstruction of justice. In the 1980s, the Senate’s Iran-Contra investigation, along with the independent Tower Commission’s report, into secret and unlawful arms sales to Iran by the Reagan administration led to the convictions of three Reagan administration advisers for charges ranging from conspiracy to obstruction of Congress.

In highly political investigations, Congress may stop short of recommending specific criminal charges. But it can encourage federal prosecutors to review the committee’s findings over the course of their own investigations.

For instance, in 1994, Attorney General Janet Reno appointed an independent counsel to investigate property investments in the Whitewater Development Corp. made by Bill and Hillary Clinton when they were governor and first lady of Arkansas.

A year later, the Senate established a special committee to conduct its own Whitewater inquiry. In the Republican majority’s final report, the committee accused the Clinton administration of “highly improper conduct.” But it stopped short of recommending criminal indictments.

In a follow-up letter to independent counsel Kenneth Starr, the committee suggested that he “take whatever action you deem appropriate” after reviewing the committee’s evidence against three Clinton aides. Starr later indicted one of those aides for fraud. 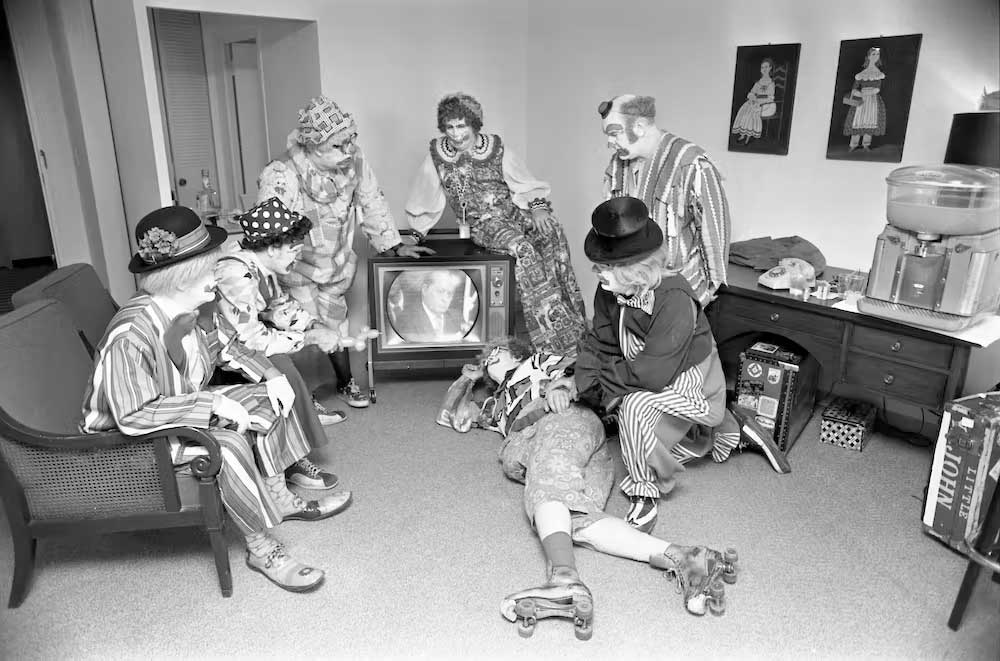 The Senate’s Watergate hearings, which began May 17, 1973, were watched by an estimated 3 out of 4 of the nation’s homes. Clowns on a break from Shrine Circus in Pittsburgh watched during their time off. Bettmann Archive/Getty Images

Committee reports often include guides for policy reform in both the executive and legislative branches to address the failures that sparked the investigation.

Perhaps a committee’s most far-reaching set of legislative proposals came after the Church Committee investigated the CIA’s role in the assassination of foreign leaders and its potentially unconstitutional domestic surveillance. The committee in 1976 made 96 recommendations for reforming the U.S. intelligence community in its final six-volume report.

In light of the committee’s revelations of the FBI’s spying on activists like Martin Luther King Jr. – approved by the long-standing agency director, J. Edgar Hoover – Congress also established a single 10-year term for FBI directors.

And while Congress did not enact the Church Committee’s proposal to ban foreign assassinations, President Gerald Ford did so via executive order in 1976. This order was revised, yet upheld, by Presidents Carter, Reagan, Bush and Clinton. But it was weakened by policies adopted for the U.S. war on terror beginning in 2001.

In the video, CIA Director William Colby is interrogated by Sen. Frank Church at a 1975 hearing of the Church Committee on intelligence operations. Colby exhibits a dart pistol that fires poisonous ammunition.

Committees can make suggestions for increasing the ease and effectiveness of future oversight, both inside and outside Congress. Such a move can be sold to fellow legislators as a nonpartisan imperative for checking executive power.

For example, after the conclusion of the Truman Committee’s World War II-era investigation in which it was charged with “exposing waste, fraud, and abuse in the war effort and war profiteering,” Congress made the committee permanent, establishing the Senate Permanent Subcommittee on Investigations. That subcommittee currently has the broadest investigative jurisdiction of any Senate committee, with the power to investigate all government agencies as well as all “aspects of crime and lawlessness within the United States which … affect the national health, welfare, and safety.”

And in response to the Church Committee’s suggestion in 1976, Congress established Permanent Select Committees on Intelligence in the House and Senate. Both have access to classified information and oversight of the U.S. intelligence community, including the CIA and the National Security Agency.

Congress can also pass laws to facilitate or strengthen oversight within government agencies themselves. For instance, the Inspector General Act of 1978 established centralized, independent oversight offices in major government agencies. It was inspired by a House committee’s final report on waste and mismanagement in the Department of Health, Education and Welfare.

Committee reports may also have important political consequences, though those effects are not necessarily planned or anticipated.

During its 2014-2016 investigation, for instance, the House Benghazi committee discovered that Hillary Clinton had improperly used a private email server when she was secretary of state.

The committee did not recommend criminal charges against Clinton. But it condemned the State Department for delays in turning over Clinton’s emails to the committee and argued that “[T]he manner in which those records were housed during and after her tenure … makes it impossible to ever represent to the families of those killed in Benghazi that the record is whole.”

The email controversy would dog Clinton in her 2016 campaign for the presidency. The decision by FBI Director James Comey, in October 2016, to inform Congress of new information regarding Clinton’s emails may have contributed to her loss to Donald Trump in November 2016.

Republished with permission from The Conversation, by Claire Leavitt, Assistant Professor of Government, Smith College