Lessons the January 6th Committee Could Learn From Other Truth Commissions

The U.S. House Select Committee to Investigate the Jan. 6 Attack on the U.S. Capitol resumes on Sept. 28, 2022. Win McNamee/Getty Images

Lessons the January 6th Committee Could Learn From Other Truth Commissions

The U.S. House Select Committee to Investigate the Jan. 6 Attack on the U.S. Capitol resumes on Sept. 28, 2022. Win McNamee/Getty Images

There’s a long precedent of other countries setting up truth commissions, like the January 6th committee, which work to unveil the truth about alleged crimes or major controversies.

The U.S. congressional committee investigating the Jan. 6, 2021, U.S. Capitol attacks is resuming its hearings on Oct. 13, 2022, and is expected to produce a report before the November midterm elections about rioters’ attempted coup and efforts to prevent President Joe Biden from assuming office.

The bipartisan committee is not authorized to indict or arrest anyone. Still, the committee hearings have prompted speculation about whether former President Donald Trump or his top advisers might face charges. The group does have the power to recommend legal actions for the Justice Department to take action against Trump and others.

But even without legal teeth, the committee can serve other purposes, like influencing public opinion, for example, or recommending policy reforms. There’s a long precedent of other countries setting up truth commissions, like the Jan. 6 committee, which work to unveil the truth about alleged crimes or major controversies.

As a political science scholar and expert on truth commissions, I think that looking at other kinds of truth commissions in different countries provides insight into what the Jan. 6 committee’s legacy might be—chiefly, it can help develop a narrative of what American democracy means.

Truth commissions are independent or government groups that investigate political crimes and human rights violations. They have provided a common way of transitioning out of political crises around the world, by hearing testimony of people involved in political violence and producing a comprehensive report with recommendations to the government.

Truth commissions are typically formed in the first year or two after the end of an authoritarian period, when a newly democratic government is faced with responding to human rights abuses and acts of political violence by the previous government. Some countries have also established truth commissions as a part of peace processes, like the 2016-2022 Colombian commission that released its final report in June 2022 following six decades of civil war. That report, based on testimony of over 24,000 Colombians affected by the conflict, emphasized the right of the victims to know the truth.

The Truth and Reconciliation Commission that formed in South Africa in 1995, following the end of the racial segregation policy known as apartheid, is probably the best known example of a truth commission.

Truth commissions have multiple goals. Most want to establish a historical record.

In many countries, testimony during truth commission hearings has helped locate mass graves or otherwise helped families learn what happened to murdered or missing loved ones.

Truth commissions sometimes recommend criminal prosecution—though many commissions offer amnesty to anyone who testifies, as happened in South Africa in 1995. 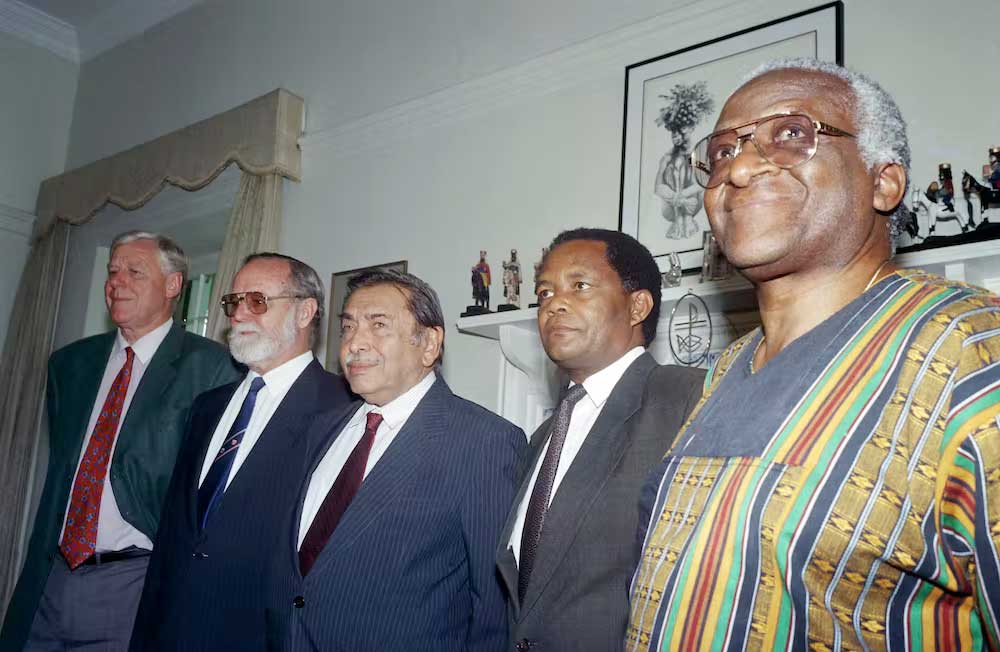 Desmond Tutu, right, served as the chairperson for South Africa’s Truth and Reconciliation Commission, as shown in 1996. Anna Zieminski/AFP via Getty Images

The U.S. House voted to set up the Jan. 6 committee in June 2021 “to investigate and report upon the facts, circumstances, and causes” of the Capitol attack.

Alongside the hearings, 919 individuals have been charged in connection with the insurrection.

But the Capitol attacks also left many unanswered questions—like the timeline of events, Trump’s exact association with the rioters, what role individual members of Congress may have played and why the National Guard was not directed to the Capitol for several hours.

Fully answering those questions may have positive benefits. For one, it may help Americans better understand political polarization and extremism in the country.

But that doesn’t mean it will resolve those issues.

Truth commissions are often part of a larger project of transitional justice, meaning a collection of strategies to strengthen a new democracy or a fragile peace.

Other examples of transitional justice may include putting accused leaders on trial and reforming state agencies like the police.

Countries adopt different transitional justice approaches based on what is needed in their circumstances. Because truth commissions and trials may be politically risky, some scholars instead highlight the value of amnesty for promoting human rights and democracy.

For two decades, I have researched human rights and the rule of law in Central America. Different truth commissions’ pitfalls are evident there.

Guatemala, for example, had two truth commissions after its 36-year-long civil war ended in 1996. One commission was officially part of the peace process and the other was carried out by a national human rights organization.

These two commissions largely agreed on the basic facts—at least 200,000 Guatemalans were killed or disappeared during the civil war, and the government was responsible for more than 90% of human rights violations committed against civilians.

But establishing and publicizing that historical record did not lead to political stability in Guatemala.

It has also been difficult to prosecute former leaders. Guatemalan military dictator Gen. Efraín Ríos Montt, for example, was convicted of genocide in 2013 to great international fanfare. Ríos Montt was the first former head of state ever convicted of genocide in his own country’s courts. Still, another court annulled the verdict 10 days later, in a move seen by many as politically motivated. 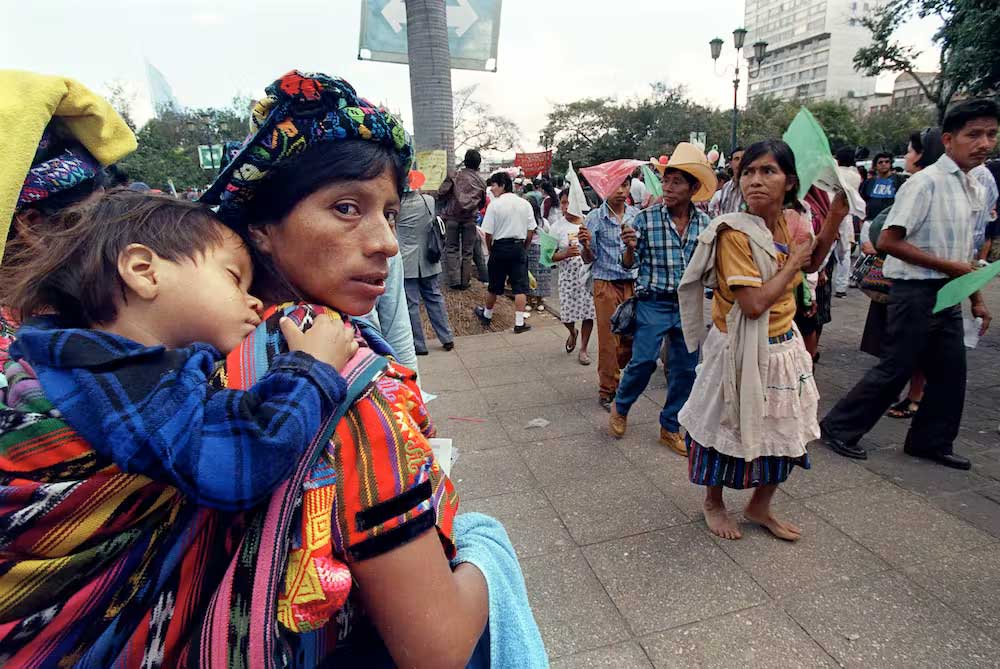 Guatemalans came to observe the peace-signing between the government and rebels in 1996, ending 36 years of civil war. Rodrigo Arangua/AFP via Getty Images

The Jan. 6 committee is not investigating a military dictatorship, as has happened in Latin America. But it is creating a historical record that will shape how Americans think about their own democracy for years to come.

August 2022 polling suggests that the hearings have not shifted public opinion on Trump or his involvement in the attack on the Capitol, with Democrats and Republicans remaining polarized.

Meanwhile, public trust in the U.S. government remains below 30%, linked to perceptions of government unresponsiveness and corruption.

It’s not year clear what the Jan. 6 committee’s legacy in American politics will be. The flashy production values and more than 20 million viewers, at one point, still may not be able to create a shared national narrative.

With only 7% percent of those polled in June 2022 reporting high confidence in Congress, it seems unlikely that the committee’s report will reduce political friction.

Republished with permission from The Conversation, by Rachel E. Bowen, Associate Professor of Political Science, The Ohio State University