The NRA and its supporters simply believe that their ability to own guns is more important than the lives of your children. Your children. Perhaps theirs, but definitely yours.

Imagine living in a country so dangerous that every step out of your home feels like a life-or-death gamble, where just going to the corner coffee shop is crossing a potential battlefield, where every person you see is a clear, present, and immediate threat, and where the only thing between you and violent death is the cold, hard gun in your hand.

Now imagine a country where virtually none of that is true outside of your mind—except the gun in your hand part.

That is the society of the National Rifle Association wants—a society of people so scared they can’t go to Whole Foods to get a bag of roasted cashews without an assault rifle.

Imagine being that scared all the time.

What a bunch weenies.

I mean I’m not particularly brave, and I don’t need gun to go pick up a pizza. But I guess compared to these shivering jelly nuts I’m some kinda Superman.

“I refuse to live in fear!” they shriek, while so obviously and perpetually shitless with fear. These ever-cringing paper mache cowpokes bravely insist the most important thing is how scared they are—in what could be the safest country in the world if it weren’t for their own shakiest-gun-in-the-West selves.

They have been hypnotized into being scared scared scared, and the only balm to their endless fear is sexy bullet delivery devices.

And who hypnotized them? Well generations of skin privilege and a colonialist’s mindset got things going, the mythologizing of The Gun defeating savagery and saving civilization planted the seeds, the guilty concern that some of those descended from the enslaved, those still oppressed, and those whose countries have been robbed and ravaged to Make America Great might want a little payback, and of course lifetimes of their own learning violent problem solving makes them think all that’s plausible. But it’s not. Most people are too busy leading their own lives to invest in getting society-wide revenge. Justice, hopefully, but not violent revenge.

So who hypnotized them and their trembling trigger fingers? That same NRA. They’ve convinced these Glockinpoops that there is only one thing that matters —their right to have a bullet delivery device.

And remember: The NRA and its supporters simply believe that their ability to own guns is more important than the lives of your children.

Your children. Perhaps theirs, but definitely yours.

Let’s face it: their guns will never actually be used to overthrow tyranny. Heck, a large percentage of NRA members already work for law enforcement, and will be willing members of any tyrannous government that takes power, just like the ordinary police officers who continued to work under the Nazis, or Stalin, or the Chicago, Selma, New Orleans, New York—or heck any Police Department. And the rest of these Second Amendmenuts are deluding themselves that they could ever out-gun the tanks and helicopters the Armed Forces actually would throw at them. The odds are they’d either be hiding in their mom’s basement, or gleefully joining up to fulfill their life long, World War II re-enactor ambition of being a stormtrooper. So it’s not about protecting us from tyranny.

The real tyranny many law-abiding citizens face is the fear that—despite their caution—they or their children will be shot by someone they never met, or caught in the crossfire of someone else’s rage. Nobody feels safer when a guy with a gun walks into an Applebee’s. And if another person with a gun walks in nobody thinks “Oh thank god—I bet he’s the good guy who’ll stop the bad guy!” Or “Maybe he’s the bad guy with the gun, so thank god the other guy is already here.” Actually everyone is a little more scared, and a little less likely to enjoy their 25 cent boneless wings. So it’s not about our safety or security either.

The fact is on one level these NRA folk just like guns. A person with a gun, regardless of their actual societal or financial status, feels important, with the power of life or death in their hand. What a feeling! Ka-pow! Guns are fun for them, representing the power they often lack unarmed, allowing them both a fetish and a chance to mythologize their own importance.

And having a gun, terrorizing neighbors and strangers is so much easier than facing those who are actually oppressing them. They have replaced standing up to their bosses, standing up to their corporate overlords, with shouting down grieving mothers, insulting heartbroken fathers and making wounded children cry. They have transmuted their own inability to confront actual evil organizations that see each child-killing as an opportunity for greater profits, into the bravest patriotic acts, and have transformed those families who have suffered into Commies who want to enslave America!

These corporations, which make billions by feeding these men and women nightmares, will never agree to be denied their bloody riches. And just as deluded individuals loudly shout “You will take my gun from my cold, dead hands!” behind them the corporations quietly whisper “And you will never, ever deny us the billions we make from your fear, and your cold, dead bodies.” Because the least important agenda item has always been public safety, and the lives of your children are much less important than their guns, or their profit.

The real question is why don’t these “don’t tread on me” folks look at is who is currently, actually treading on them? Look at who profits from their endless, shrieking fear? At who benefits from one section of the working class being so afraid of their fellow workers? Every study shows the most likely person to suffer violence from a gun is the gun owner’s family. But knowing this they are still willing to sacrifice their families to their fear.

If the people who are so afraid of their fellow humans every minute of every day of every year took just a little of that baseless fear and directed that energy toward those who work so hard to keep them afraid all of us—even those Walmart Wyatt Earps quaking with terror in their Naugahyde cowboy boots—would be a lot safer. And then we could all focus our real enemies … in the Board rooms. 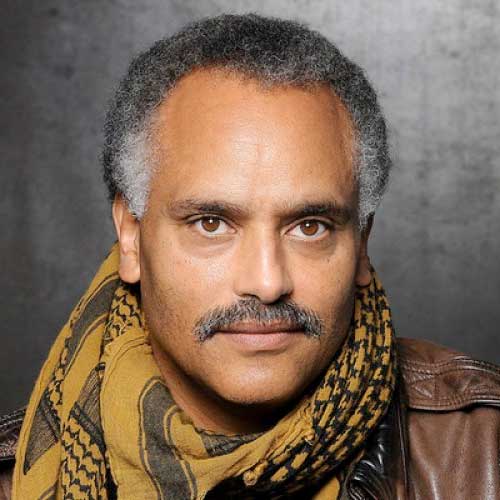 Michael Gene Sullivan is an actor, director, playwright and teacher at American Conservatory Theater. He describes himself as "Just a guy with a dream ... a dream that involves a whole lotta Capitalists being put in prison."