People vote in the primary election at the civic center in Silver Spring, Md., on July 19, 2022. Robb Hill for The Washington Post via Getty Images

People vote in the primary election at the civic center in Silver Spring, Md., on July 19, 2022. Robb Hill for The Washington Post via Getty Images

Have these officials, as some charge now, used their authority to interfere with America’s democratic process? Do local election officials abuse their power? The short answer is that they haven’t so far.

The once-obscure topic of election administration has made its way into news headlines across the country. Local election officials—those charged with running the country’s election contests—have faced harassment and even death threats.

Have these officials, as some charge now, used their authority to interfere with America’s democratic process? Do local election officials abuse their power?

The short answer, according to research I conducted with my UCLA colleagues, political scientists Igor Geyn and Daniel Thompson, is that they haven’t so far. Both Democratic and Republican election officials oversee elections with similar partisan outcomes, turnout rates and administrative policies. 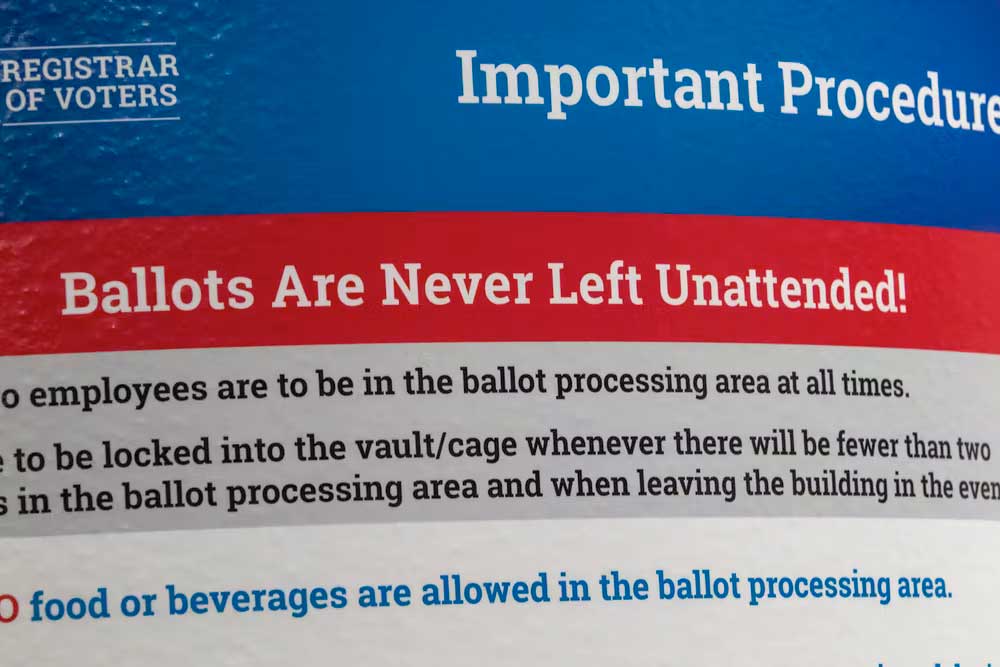 Voting officials have a range of duties, from registering voters to hiring and training poll workers to tabulating votes and certifying election results. Here, a sign for ballot counters from the Washoe County, Nev., registrar of voters. Ty O’Neil/SOPA Images/LightRocket via Getty Images

In much of the U.S., elections are administered by partisan elected officials rather than nonpartisan bureaucrats.

The potential for these officials to sway elections in their party’s favor seems obvious.

Legislators have waged hotly contested battles over voting laws, with the understood but rarely stated belief that making it easier or harder to vote will benefit their party at the ballot box.

The same reasoning—that making voting more or less difficult can affect election outcomes—holds true for those administering these laws. Local election officials have discretion over decisions such as the number of polling places to establish, early voting hours, registration list purges and accepting absentee and provisional ballots.

The past behavior of election officials provides clues to how Democratic and Republican clerks will act in the future. We studied more than 3,000 partisan local election officials from 1998 to 2018 in 1,313 counties across 21 states. We then examined the presidential elections they were responsible for administering.

We found that Democrats and Republicans serving similar counties oversee elections with similar results. When a Democratic election official is responsible for administering elections, the Democratic presidential candidate does not typically perform any better than if a Republican official administered that election. This is true across every year we studied from 2004 to 2020.

Democratic and Republican officials serving equivalent counties also oversee elections with similar levels of voter turnout. They even appear to make similar administrative decisions across many parts of the job, including the number of polling places opened, the share of votes they determine must be cast provisionally, the share of provisional ballots rejected, the percentage of eligible voters registered, the registration removal rate, the partisan balance of registrants and voter wait times. 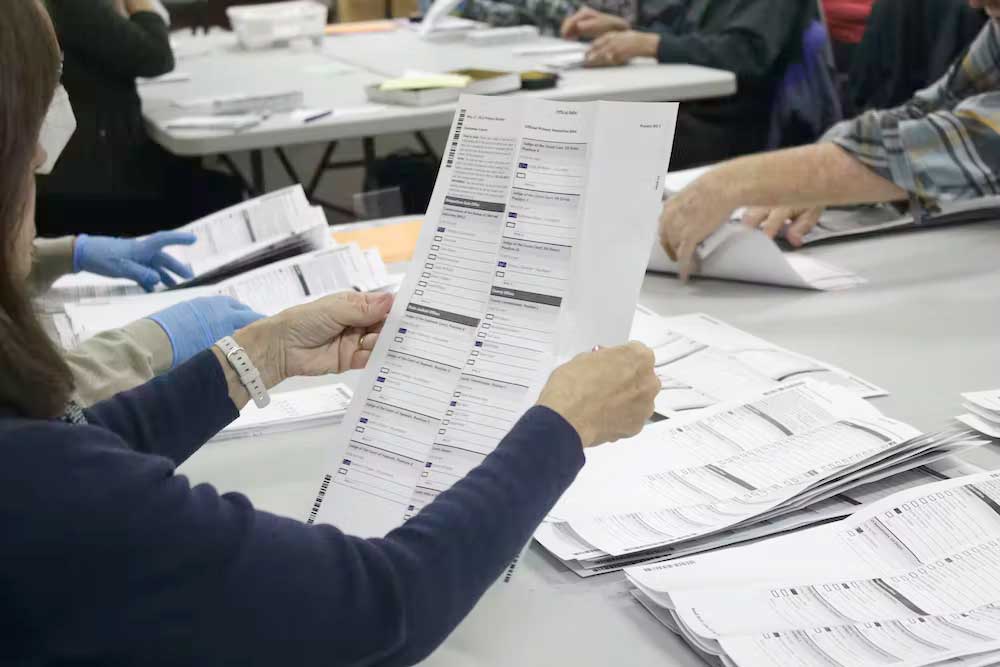 An election worker examines a ballot at the Clackamas County Elections office on May 19, 2022, in Oregon City, Ore. AP Photo/Gillian Flaccus

Why have local election officials not tipped elections in favor of their fellow party members on the ballot?

Another explanation is that clerks of the same party have trouble working together to change election results. Openly boosting their party is difficult and will rarely make a difference in the outcome, so election officials individually decide not to tilt the results.

But this too seems not to explain the results. Clerks, we found, do not advantage their party even when it is easier to do so—such as in segregated or highly diverse counties, where clerks could use race to guess a voter’s party affiliation, or when it is most likely to alter electoral outcomes, such as in populous counties and competitive states, where more votes could be affected and fewer votes are needed to change the election result.

Instead, we believe that a combination of two factors has likely led partisan election officials to act in a nonpartisan manner. First, some research suggests that selecting different election policies, such as allowing or prohibiting no-excuse absentee voting, only modestly affects outcomes. Second, Democratic and Republican clerks have more similar election policy preferences than Democrats and Republicans in the public.

They could simply be committed public servants who try their best to provide high-quality, nonpartisan election administration.

Our findings indicate that partisan local election officials have not typically or noticeably given their party an advantage.

It is still possible that a small number of local officials offer their party a large advantage or that chief election officials at the state level exert partisan influence on the process.

Additionally, the practice of selecting election officials through a partisan process is unpopular. A recent MIT survey found that 75% of both Democrats and Republicans support requiring that election officials be selected on a nonpartisan basis.

If the next generation of elections officials begin to resemble the more extreme positions of the public in their election policy beliefs, or recent state laws giving some power over local elections to partisan officials at the state level end up influencing local officials, there is no guarantee that partisan clerks will continue to administer elections neutrally.

Republished with permission from The Conversation, by Joshua Ferrer, Ph.D. Student in Political Science, University of California, Los Angeles