Transformational Climate Change Is Coming, Which Path Will Humanity Choose?

Weather and climate extremes are already here, and communities will have to adapt. Michael Hall via Getty Images

Transformational Climate Change Is Coming, Which Path Will Humanity Choose?

Weather and climate extremes are already here, and communities will have to adapt. Michael Hall via Getty Images

The impacts of climate change and a warming future will compromise the achievement of societal goals like ending poverty and malnutrition, in the United States and abroad.

Governments have delayed action on climate change for too long, and incremental changes in energy and food production will no longer be enough to create a climate-resilient future, a new analysis from scientists around the world warns.

The world is already seeing harmful impacts from climate change, including extreme storms, heat waves and other changes that have pushed some natural and human systems to the limits of their ability to adapt. As temperatures continue to rise, transformational change is coming to how people live on Earth. Countries can either plan their transformations, or they can face the destructive, often chaotic transformations that will be imposed by the changing climate.

I’m one of the authors of the climate impacts and adaptation report, released Feb. 28, 2022, as part of the United Nations’ Intergovernmental Panel on Climate Change’s Sixth Assessment Report. The increasing alarm in these reports, which review the latest research every six or seven years, echoes what I’ve seen over years of work in international development and climate change.

Heat waves and extreme downpours have become more severe in many areas. These impacts have already contributed to water scarcity and complex food price spikes, and they can exacerbate health risks for vulnerable populations, such as low-income communities that can’t afford cooling when temperatures rise.

Climate models show these effects will worsen in a warming future as people continue releasing greenhouse gas emissions from fossil fuel use, agriculture and other activities, compromising humanity’s ability to adapt.

Where people cannot adapt, lives will be transformed in reactive, expensive ways. For example, research shows that if warming increases beyond 1.5 C (2.7 F) compared to preindustrial times, some small island states will lose much of their area to rising seas. Climate change will transform where their residents live, what they do for a living and indeed the very way they live. 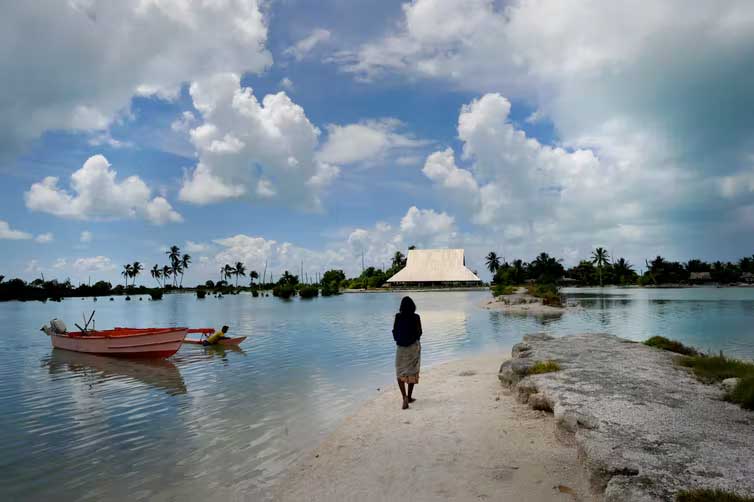 Climate change is already contributing to humanitarian disasters, the Intergovernmental Panel on Climate Change’s new report explains. On the island nation of Kiribati, which is at high risk from sea level rise, the village of Tebunginako had to be relocated. Justin McManus/The AGE/Fairfax Media via Getty Images

In the United States, these spikes are generally limited, but can resemble price increases under current inflation. For the most vulnerable Americans, such increases can strain their food security and increase pressure on social safety nets. In less wealthy parts of the world, these spikes can induce profound food crises, social unrest and political instability.

The impacts of a warming future will compromise the achievement of societal goals like ending poverty and malnutrition, in the United States and abroad.

The world is not helpless in the face of these risks.

If countries, communities and individuals recognize the need for transformation, they can identify what they want to transform and what they want to preserve. They can ask who will be most affected by such transformations, and then plan for and manage these impacts, bringing as many people as possible into a climate resilient future. This does more than secure material safety. It changes people’s relationship with each other and the environment. 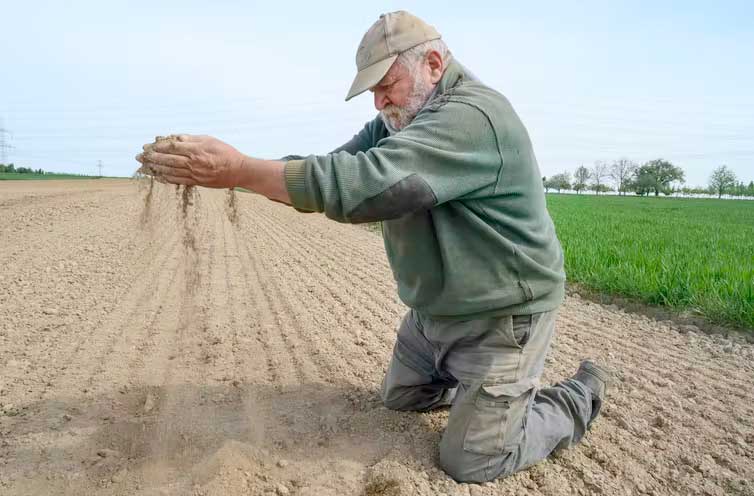 There are emerging examples of transformational adaptation to climate change that show what is possible.

In Australia, farmers who adopted regenerative agriculture practices, which help to store more carbon in the soil, found that the health of their soil increased. This allowed the farmers to buffer their fields against drought and floods. They also became more collaborative and ecologically aware, and they articulated more holistic goals for their farming that went beyond income to well-being and conservation.

Preservation vs. Transformation: A False Choice

The slow global response so far makes it clear that addressing climate change is fundamentally a problem of people and their motivations.

Some politicians and others promote false choices between expensive adaptation and the status quo. But arguments that mitigating climate change is too expensive obscure the fact that people pay for this losing battle against the transformative impacts of climate change all the time. 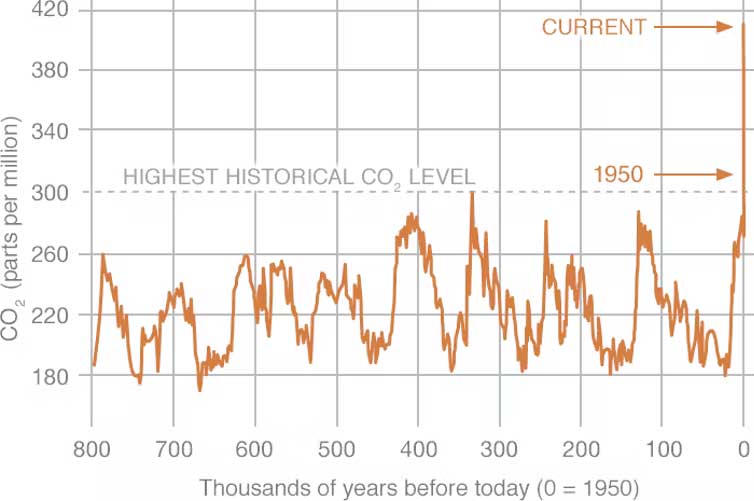 Levels of carbon dioxide, a powerful greenhouse gas that is released by burning fossil fuels and drives global warming, have risen quickly in the atmosphere over the past 70 years. NOAA

The IPCC report notes that in East Africa, the economic impact of climate change on a single crop, maize, has been estimated at US$1 billion each year. This is far more than these countries or the international community spends on agricultural aid and other support for these farmers. Their production is part of the same global food system that shapes food prices everywhere. It’s one example of how humanity is already paying for adaptation, often in indirect ways.

Focusing on the status quo also sidesteps the thorny politics of deciding what aspects of our current lives, societies and economies should be preserved and what can and should be transformed. Shifting from cars to public transportation can improve access jobs and amenities for lower-income populations. At the same time, housing near transportation can be priced out of reach. Building a seawall might protect properties along one part of the coast while shifting erosion to communities with fewer resources.

What countries and communities decide to transform, and how, will depend greatly on who gets to participate in these decisions. Their outcomes, in turn, will have significant implications for justice and equity.

But the status quo isn’t cheap in the long run, and studies show that the harm from more drastic warming would be extensive.

The Urban Climate Change Research Network, an international consortium of scientists, estimates that the current cost of adaptation for urban areas alone is between $64 billion and $80 billion each year. The same assessment found the annual costs of inaction are likely to be 10 times as large by midcentury. The longer countries wait to mitigate climate change, the fewer transformational options they will have.

The choice is not between expensive transformation and no-cost status quo. The difference lies in how people will pay, how much they pay, and how often they pay. If we do not choose the transformations we want, environmentally imposed transformations lurk very near for some, and eventually for all.

The IPCC assessment offers a stark choice: Does humanity accept this disastrous status quo and the uncertain, unpleasant future it is leading toward, or does it grab the reins and choose a better future?

Republished with permission from The Conversation, by Edward R. Carr, Professor and Director, International Development, Community, and Environment, Clark University