Marjorie Taylor Greene’s involvement in and support of the January 6th insurrection violated her oath of office and makes her ineligible for re-election.

Updated April 9th: A federal judge signaled April 8th that she will likely allow a group of Georgia voters to move forward with their constitutional challenge against GOP Rep. Marjorie Taylor Greene, which claims she can’t run for reelection because she aided the January 6 insurrectionists.

The same group that brought about the challenge to Madison Cawthorn’s candidacy in North Carolina has now moved against insurrectionist Marjorie Taylor Greene in Georgia.

The challenge is simple. As an advocate of the insurrection on January 6th and with evidence that she aided and abetted the participants in that riot, she does not qualify to hold any office.

The group Free Speech for People is behind this challenge, as they were for Madison Cawthorn’s, which appears to be working. In our short article about the challenge to Cawthorn’s candidacy qualifications we wondered if that challenge could serve as a template to prevent other insurrectionists from being allowed to return to Congress. Looks like that answer is, “Yes!”

Here is the full release on the matter from Free Speech for People:

ATLANTA, GA (MARCH 24, 2022) – A group of Georgia voters filed a legal challenge today to Representative Marjorie Taylor Greene’s candidacy for re-election in 2022. The challenge, filed with Georgia Secretary of State Brad Raffensperger, alleges that Greene is constitutionally disqualified from public office under Section Three of the Fourteenth Amendment to the U.S. Constitution, on the grounds that she helped facilitate the January 6, 2021 insurrection.

The voters are represented by Free Speech For People, a nonpartisan, non-profit legal advocacy organization with constitutional law expertise, which is serving as co-lead counsel in the matter, along with New York-based Emery Celli Brinckerhoff Abady Ward & Maazel LLP. Bryan Sells, an Atlanta-based civil rights lawyer specializing in voting rights and election law, is serving as local counsel.

Anyone seeking to run for public office in Georgia “shall meet the constitutional and statutory qualifications for the office being sought.” Under Georgia’s candidacy challenge statute, once a challenge is filed, the Secretary of State must request a hearing before an Administrative Law Judge of the Office of State Administrative Hearings to determine whether the candidate is qualified for office. The burden of proof then shifts to the candidate, who must “affirmatively establish [their] eligibility for office.” The challengers intend to issue subpoenas to Greene and take her deposition under oath—something that the U.S. House January 6 Select Committee has not yet done.

As set forth in the complaint, the publicly available evidence establishes that Greene helped facilitate the insurrection, before, during, and after January 6, 2021. Specifically, the evidence shows that she either helped to plan the attack on January 6, or alternatively helped to plan the pre-attack demonstration and/or march on the Capitol with knowledge that it was substantially likely to lead to the attack, and otherwise voluntarily aided the insurrection. Some of this evidence was brought to the attention of the public in an October report by Rolling Stone, citing reports from organizers of the pre-attack demonstration. In the weeks leading up to January 6, Greene publicly stated that violence might be necessary to keep Trump in power, calling the date “our 1776 moment” (a codeword used by violent extremists to refer to an attack on government buildings) and arguing:

“You can’t allow it to just transfer power “peacefully” like Joe Biden wants and allow him to become our president because he did not win this election. He’s guilty of treason. It’s a crime punishable by death is what treason is. Nancy Pelosi is guilty of treason.”

Shortly after she released that video, insurrectionists attacked the U.S. Capitol, seeking to block a peaceful transfer of power and calling for the death of U.S. House Speaker Nancy Pelosi and other officials.

Since the insurrection, Representative Greene has attempted to defend the violence on January 6 as justified by the Declaration of Independence, calling convicted participants in the insurrections “political prisoners of war” and falsely claiming that the violence at the Capitol was perpetrated by “antifa” infiltrators or the FBI.

“It’s rare for any conspirator, let alone a Member of Congress, to publicly admit that the goals of their actions are preventing a peaceful transfer of power and the death of the president-elect and Speaker of the House, but that’s exactly what Marjorie Taylor Greene did,”  said Ron Fein, Legal Director of Free Speech For People. “The Constitution disqualifies from public office any elected officials who aided the insurrection, and we look forward to asking Representative Greene about her involvement under oath.”

“I believe in democracy. When I served in the Army, I had to take an oath of office to protect and defend the Constitution from all enemies, foreign and domestic,” said Michael Rasbury, one of the five voters in Georgia’s 14th congressional district bringing this challenge. “Everything I’ve read says Rep. Greene was involved in the Jan. 6th insurrection that was trying to override everything I believe in – Our Constitution, how we run elections, and how our government is set up. She should not be on the ballot.”

In January, voters in North Carolina, represented by Free Speech For People and North Carolina lawyers, filed a similar challenge against Representative Madison Cawthorn based on Section 3 of the 14th Amendment. On March 4, 2022, a federal district court judge in North Carolina, appointed by Donald Trump, issued an injunction blocking the North Carolina State Board of Elections from hearing the challenge on the grounds that an 1872 law which provided amnesty to ex-Confederates also applied to Cawthorn. The voters have filed an expedited appeal with the U.S. Court of Appeals for the Fourth Circuit and, on March 17, 2022, the appellate court issued an order retaining jurisdiction of the appeal and remanding the matter to the district court to rule, in the first instance, on the voters’ refiled motion to intervene.

While state election authorities cannot impose additional qualifications upon federal candidates, they can (as confirmed by then-Judge, now-Justice Neil Gorsuch) exclude candidates from the ballot who do not meet the qualifications established by the Constitution itself.

Free Speech For People and Our Revolution are co-leading a national campaign to ensure that election officials across the country follow the mandate of Section Three of the Fourteenth Amendment and bar elected officials who engaged in the insurrection, including former President Donald Trump, from appearing on any future ballot. More information about that campaign is available at www.14point3.org.

The only question now is, who is next? There are 145 more needing this treatment.

Unlike the majority of Republicans who chose to remain under the influence of Trump’s blatant fascism and the corruption of what used to be Republican values,...
Read More

A Nonprofit Drugmaker Is Taking Aim at Insulin Price Gouging

Fact Heroes, Human Rights, Racism (Us vs Them)

During the Civil War, Harriet Tubman put aside her fight against slavery to conduct combat as a soldier and spy for the United States Army.
Read More 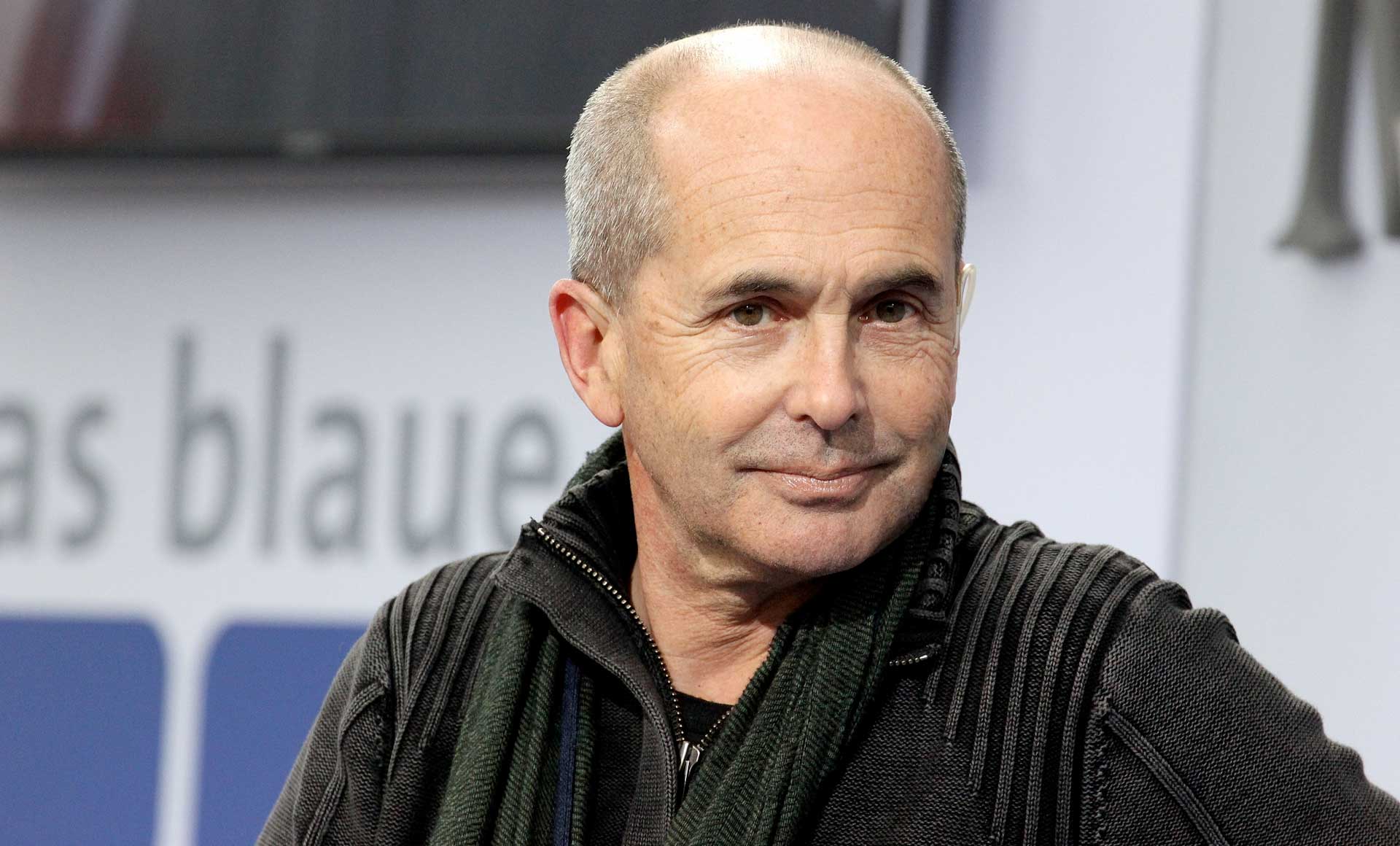 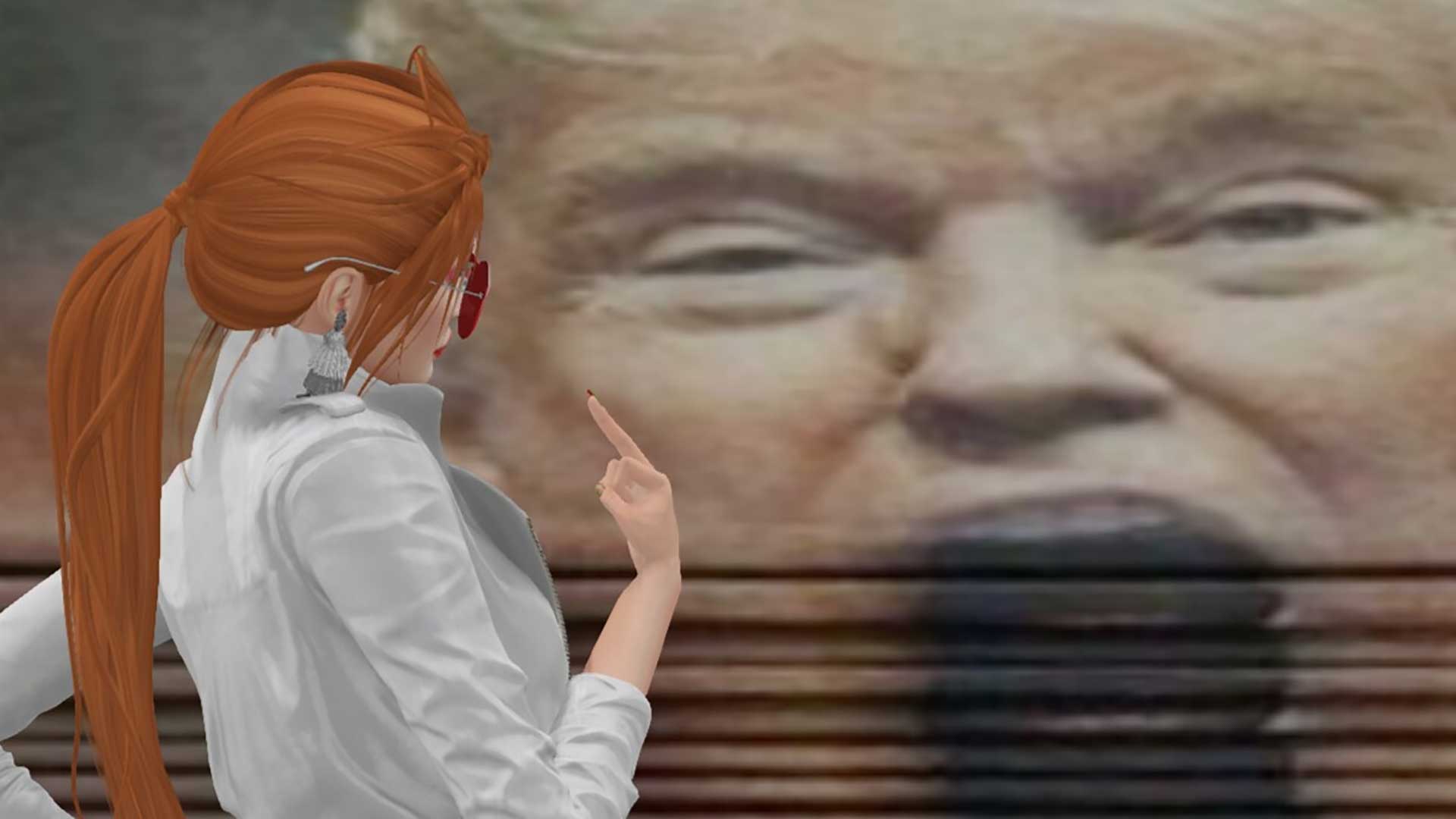 Cajsa Lilliehook has been incredibly prolific in documenting incidents of pedophile activity by members of the Republican Party.
Read More

A New Documentary Reveals the Origins of the Stolen Election Myth

A group of people working from a plantation in South Carolina spread misinformation about the November 2020 election. These falsehoods have since become articles of...
Read More

Marina Ovsyannikova placed herself at great risk to get out a message of truth about the Ukraine war on Russian State TV.
Read More 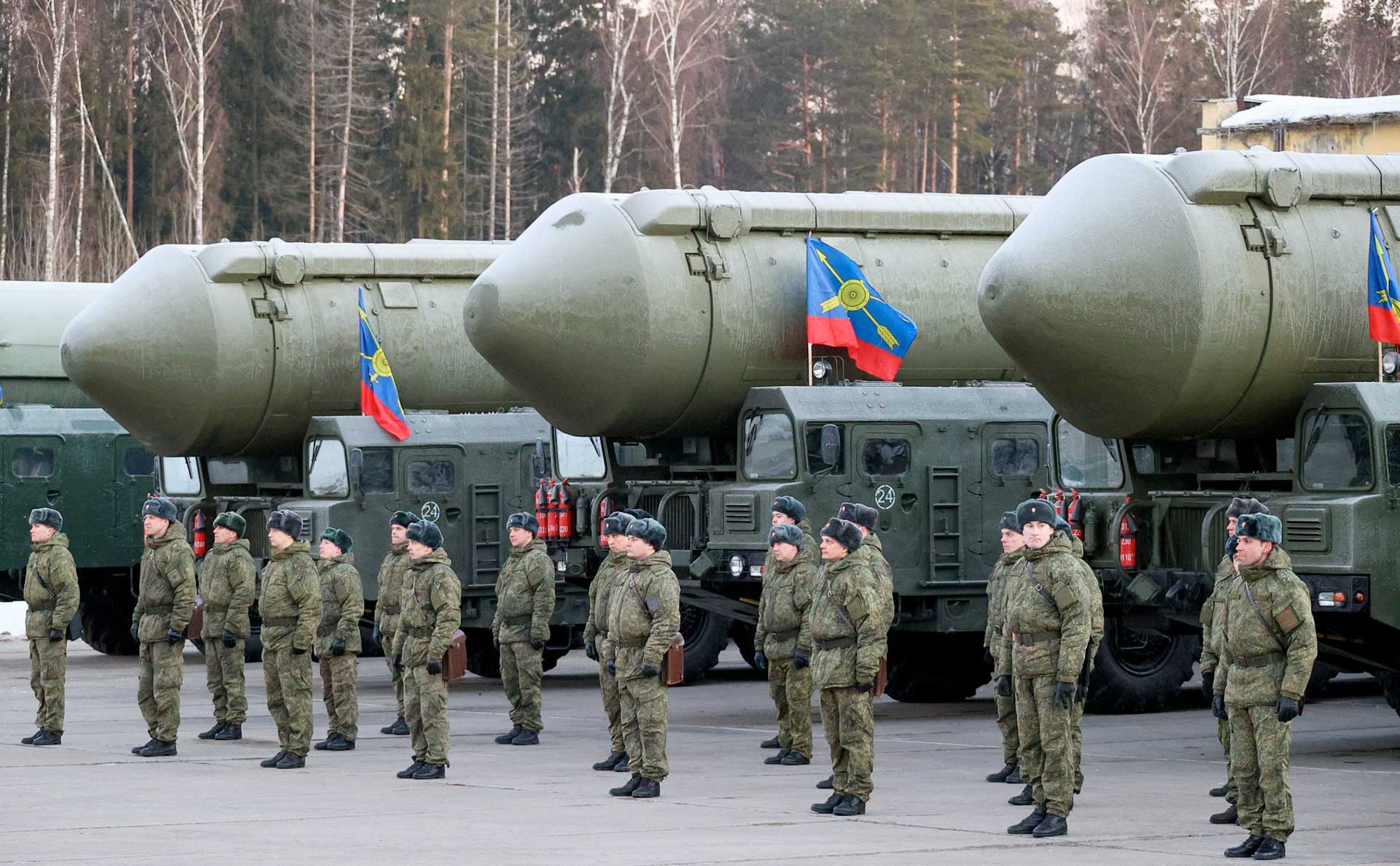 Russians have a history of actually preventing nuclear war. Will they now prevent Putin from using a nuclear option?
Read More 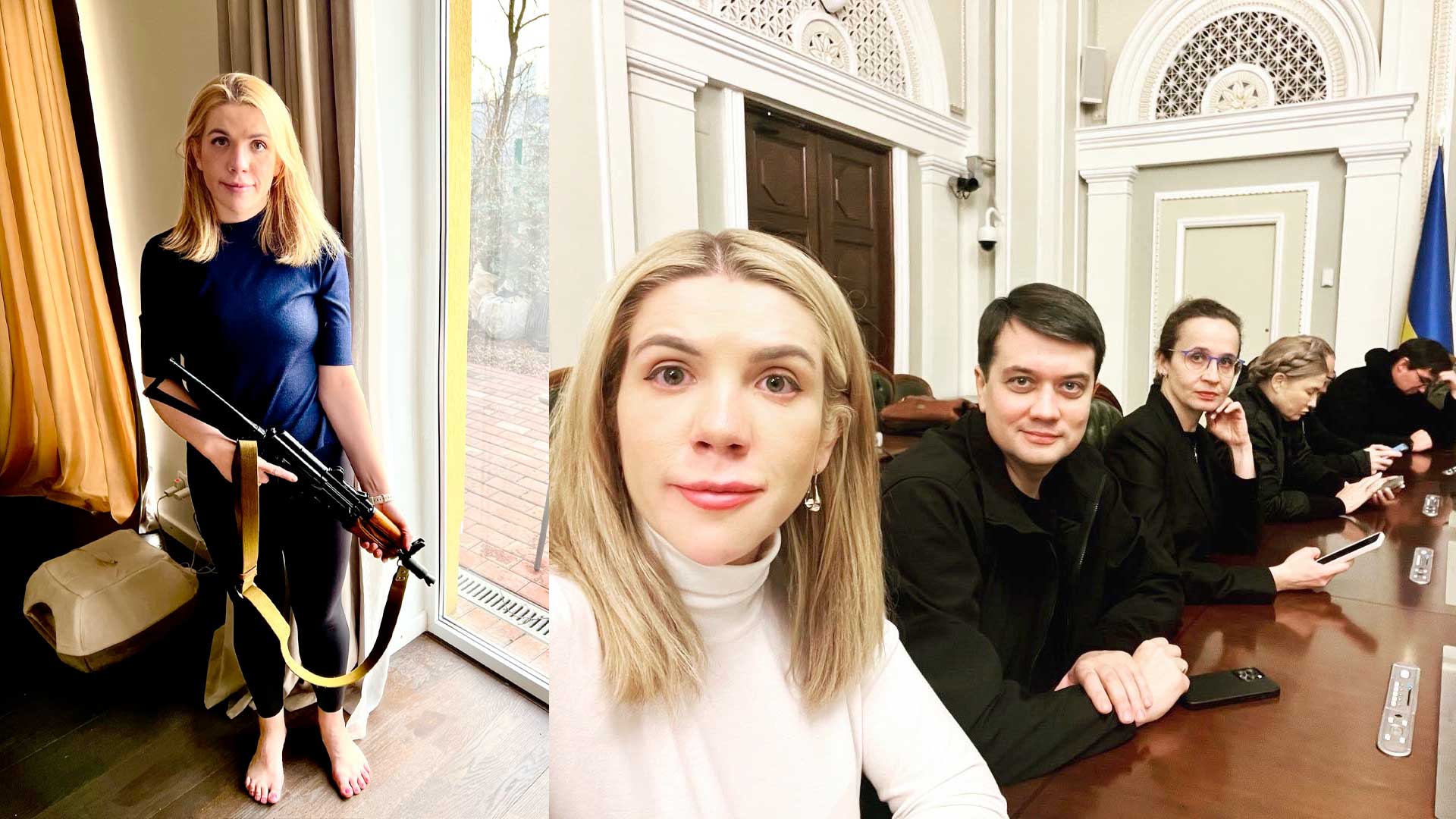 Meet Kira Rudik, Another Face of Defiance in Ukraine

Putin is showing the world, again, that authoritarianism is itself a failed method of government. It fails when confronted with the defiance of the most powerful force...
Read More

US Senate Candidate Gary Chambers burns the confederate flag to promote the removal of racial inequity from America once and for all.
Read More