The U.S. Court of Appeals for the Fourth Circuit has revived the constitutional challenge to Cawthorn’s right to run for reelection because of his support for insurrectionists who attacked the Capitol on Jan. 6, 2021.

Here’s a quick timeline to bring everyone up to date. On January 11th, we reported that a group of North Carolina voters had filed a challenge to Madison Cawthorn’s qualifications to run for reelection to Congress based on his support of the January 6th insurrection.

On March 4th, the New York Times reported that Cawthorn had won an injunction against the challenge from a Trump-appointed judge.

U.S. District Judge Richard E. Myers II, an appointee of President Donald J. Trump, stepped in to squelch an effort by lawyers and voters in North Carolina who had filed a motion before the state’s Board of Elections declaring Mr. Cawthorn, 26, ineligible for re-election under the Constitution. They had contended that the first-term Republican’s support for rioters who attacked the Capitol on Jan. 6, 2021, made him an “insurrectionist,” and therefore barred him from office under the little-known third section of the 14th Amendment, adopted during Reconstruction to punish members of the Confederacy.

The ruling angered lawyers in the case who argued that the 1872 law applied only to Civil War confederates, not any insurrectionist in the future, and that a law could not usurp a constitutional amendment.

This past week, the U.S. Court of Appeals for the Fourth Circuit has revived the constitutional challenge to Cawthorn’s right to run for reelection because of his support for insurrectionists who attacked the Capitol on Jan. 6, 2021.

A hearing against the injunction halting the challenge obtained by Cawthorn will be held May 3. The Republican primary in Cawthorn’s district is May 17. Cawthorn denies that he participated in the insurrection, though plenty of evidence—videos and Tweets—show that he has supported those who did. These are actions that come under the heading of “aiding and abetting.”

As we noted in the January 11th posting, the final results to the challenge of Madison Cawthorn’s candidacy could have far-reaching implications and serve as a template to remove other insurrectionists from Congress by blocking their reelection. Certainly Marjorie Taylor Greene and the trio of insurrectionists in Arizona will be watching closely. 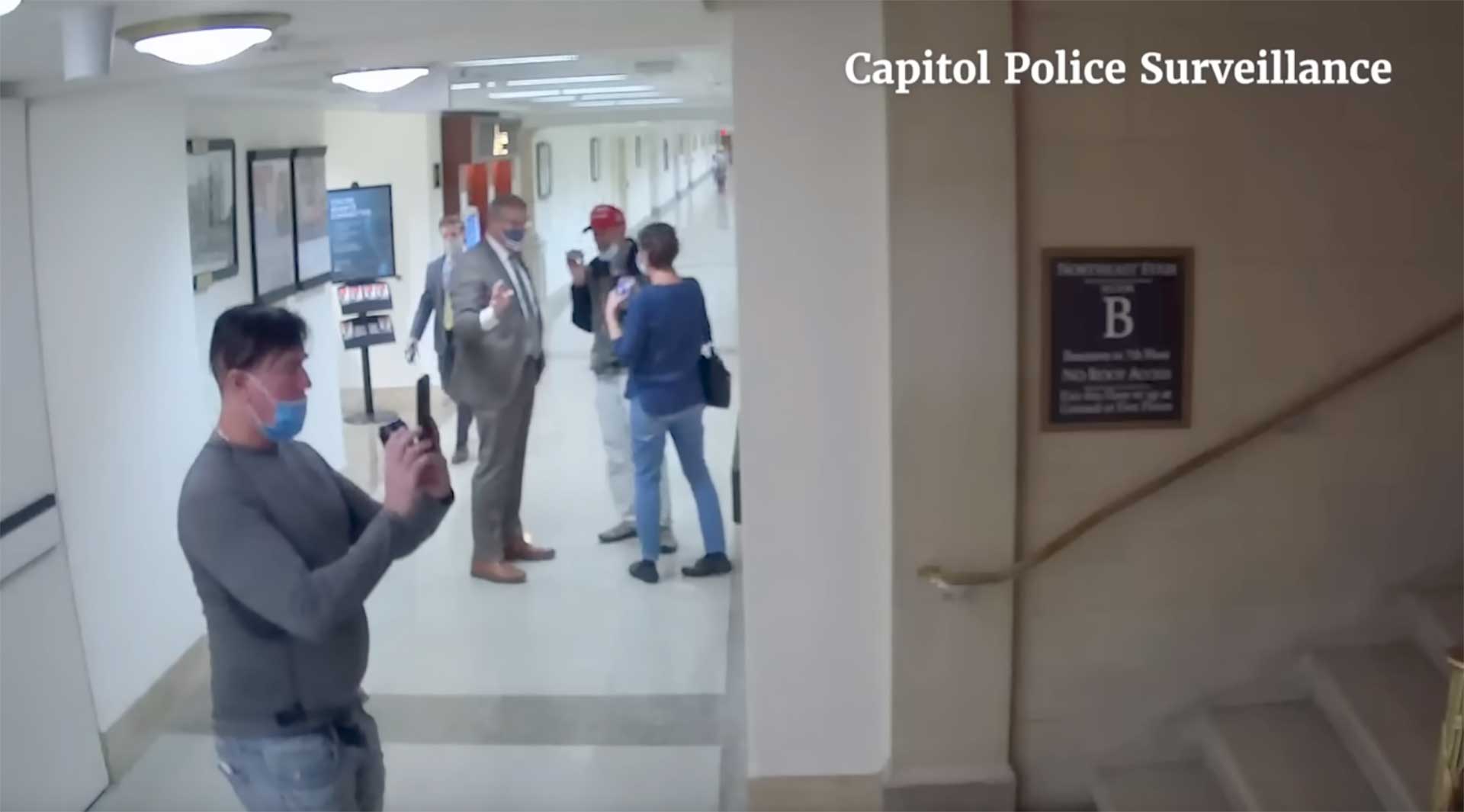