While the New York Attorney General's massive lawsuit against Donald Trump, his children and companies is a civil suit, it marks a beginning and an acceleration of legal actions against him.

The civil lawsuit alleges that Trump, his company—the Trump Organization—and three of his children lied to lenders and insurers about billions of dollars’ worth of assets. This follows a three-year investigation into Trump’s New York-based real estate business.

The Conversation spoke with Bridget J. Crawford, an expert on tax and property law at Pace University, to help navigate the various dimensions and the potentially broader, criminal implications of this lawsuit.

What are Trump and his children accused of in the lawsuit?

The complaint is over 200 pages long and contains many specific claims. But, at its heart, the complaint says the Trump Organization made false financial or business statements in order to get loans or to keep those loans on favorable terms, in a way that was dishonest or fraudulent. 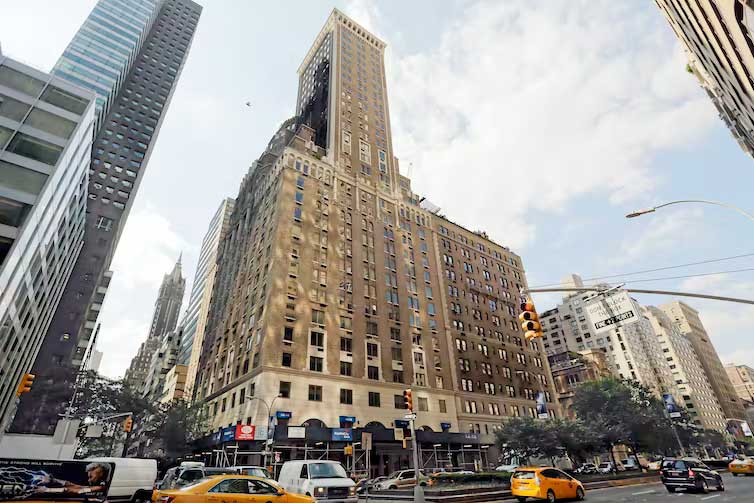 Trump Park Avenue—just how much is it worth? AP Photo/Frank Franklin II

Trump didn’t allegedly overestimate the cost of buildings, which is a technical term, but rather he is accused of inflating the value of certain businesses and properties.

How does overstating the value of properties help Trump?

Banks want to make loans to people who are likely to be able to repay them. And how does the bank measure whether someone is likely to repay? It’s knowing the recipient of a loan has enough collateral to satisfy the bank’s concerns. Trump said he had collateral worth a certain amount. James is saying that the values are really wrong, and really wrong over a period of years, in multiple different filings. Moreover, the lawsuit says this is not just a mistake, or an, ‘Oops I got it wrong.’ Rather, the attorney general alleges a systematic pattern of fraud.

What should we make of this being a civil, not criminal, action?

James is bringing a lawsuit regarding the Trump Organization’s compliance with New York’s civil laws, meaning business and lending laws and the like—hence it is a civil suit.

That said, James made clear that she has also referred certain matters to both the IRS and to the federal prosecutors in the Southern District of New York for criminal investigation.

So this being a civil lawsuit does not mean we won’t potentially see criminal charges further down the line. Just, at this point, the New York attorney general is focused on the civil law violations.

In other words, this could be just the beginning of a longer story.

What does the lawsuit demand in way of relief?

This is where it gets interesting, I believe. James is calling for very dramatic relief, including permanently preventing Trump, along with three of his children—Donald Trump Jr., Eric Trump and Ivanka Trump—from serving as a director or officer of any corporation conducting business activities in New York. It could preclude them from having any formal business ties in New York. This would be a severe blow to the family’s business interests. 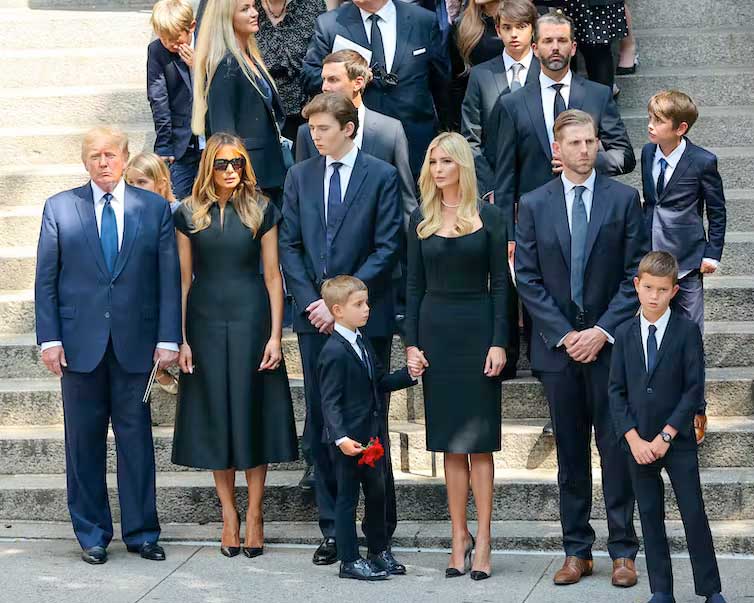 Former president Donald Trump and four of his children are seen at Ivana Trump’s funeral in July 2022 in New York. Jose Perez/Bauer-Griffin/GC Images

How would an IRS investigation differ from the New York one?

It would be about federal tax laws, in particular. The IRS will be looking for an answer to this question: “Did Trump overstate the valuation of any property he gave to charity?” The New York attorney general is concerned that he did.

The possible overvaluation relates to two different properties in Westchester, a county outside of New York City, and in Florida. What is at issue for the IRS is whether Trump correctly claimed the proper deduction, or whether he overstated, in a fraudulent way, the value of what he gave to charity. An overstatement of what he gave away would mean that the former president took a bigger income tax deduction than the one he was entitled to. Again, this is not just a matter of, “Oops, I made a mistake.” The attorney general alleges a widespread and longstanding pattern of misrepresentation of business values.

By handing this part of the investigation over to the IRS, the New York attorney general is signaling that she intends to stay in her lane, so to speak. James is basically saying, “I am talking about fair business practices in New York. If there is a tax issue, I am referring it over to the IRS.”

But all of the issues grow out of the same core set of facts and practices—how is the Trump family valuing its businesses and properties, and is it being done in a way that is honest?

Does the lawsuit increase the chances of criminal charges?

It certainly increases the possibility there might be criminal charges in the future. It also fans the flames that Trump continues to stoke in claiming that he is being unfairly targeted, which appears to be part of his attempt to discredit the American legal system. In fact, he is being asked to play by the same rules that apply to everyone else.

I will be very interested to see whether and how the IRS responds—the IRS strives to be an apolitical organization, but unfortunately, anything involving this particular former president is treated by a vocal minority as inherently political.

How common is it for this type of lawsuit to happen?

It is very unusual. There would have had to be evidence of an egregious pattern of fraud for any attorney general, of any political party, to file a complaint of this sort. In fact, the whole investigation, from the length of time it has taken to the amount of money involved, makes this a very uncommon case.

The New York attorney general has asked for a variety of actions, including the removal of the current trustees of certain trusts holding Trump Organization assets.

Trump has already responded, calling it a witch hunt, which is consistent with the way he has responded to lawsuits in the past. I expect he will employ any available procedural tactics to delay answering this suit as long as he can. Eventually, he will be called to respond, and he will have to answer the claims put to him.

If he refuses to respond, the attorney general can act to protect the public, and the Trump family businesses would not be authorized to operate in New York. Ultimately, the state can shut the businesses down, if need be.

Republished with permission from The Conversation, by Bridget J. Crawford, Professor of Law, Pace University