Understanding the Relationship Between Putin and His Oligarchs

Putin has kept most oligarchs at a distance – literally and figuratively. Alexey Nikolsky/Sputnik/AFP via Getty Images

Understanding the Relationship Between Putin and His Oligarchs

Putin has kept most oligarchs at a distance – literally and figuratively. Alexey Nikolsky/Sputnik/AFP via Getty Images

Who are Putin's oligarchs, and what is their relationship with him? And more importantly, will eroding their wealth do anything to end the war in Ukraine?

U.S. President Joe Biden and other world leaders are setting their sights on Russia’s oligarchs as they seek new ways to punish Vladimir Putin – and those who have enabled him and profited from his reign – for waging war in Ukraine.

Biden singled out wealthy oligarchs in his State of the Union address, promising to “seize your yachts, your luxury apartments, your private jets.” “We are coming for your ill-begotten gains,” he said. And in the U.K., two more rich Russians were added to the nine other oligarchs who have been personally sanctioned over the invasion.

Yet who are these oligarchs, and what is their relationship with Putin? And more importantly, will eroding their wealth do anything to end the war in Ukraine?

The Oligarchs Come to Power

As a scholar of emerging markets, corporate strategy and the post-Soviet political economy, I have studied the oligarchs in depth.

Oligarchs, in the Russian context, are the ultrawealthy business elites with disproportionate political power. They emerged in two distinct waves.

The first group emerged out of the privatization of the 1990s, particularly the all-cash sales of the largest state-owned enterprises after 1995. This process was marred by significant corruption, culminating in the infamous “loans for shares” scheme, which transferred stakes in 12 large natural resource companies from the government to select tycoons in exchange for loans intended to shore up the federal budget.

The government intentionally defaulted on its loans, allowing its creditors – the oligarchs-to-be – to auction off the stakes in giant companies such as Yukos, Lukoil and Norilsk Nickel, typically to themselves. In essence, then-President Boris Yeltsin’s administration appeared to enrich a small group of tycoons by selling off the most valuable parts of the Soviet economy at a hefty discount.

After Putin came to power in 2000, he facilitated the second wave of oligarchs via state contracts. Private suppliers in many sectors such as infrastructure, defense and health care would overcharge the government at prices many times the market rate, offering kickbacks to the state officials involved. Thus, Putin enriched a new legion of oligarchs who owed their enormous fortunes to him. 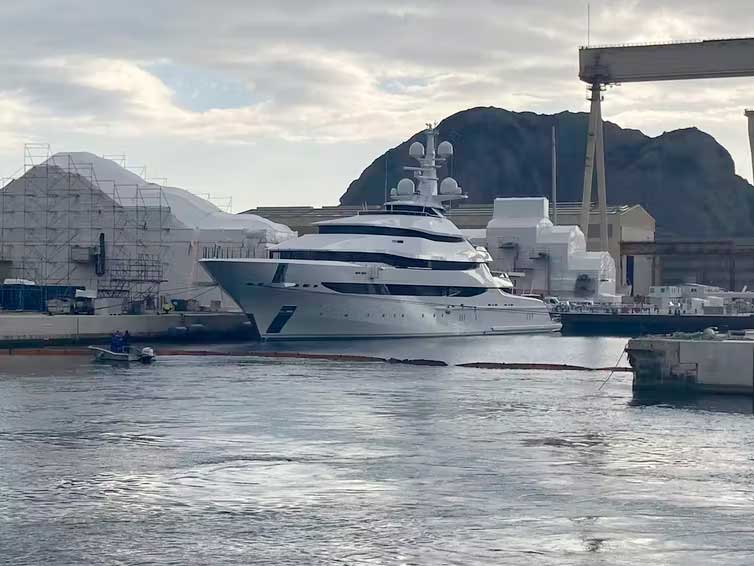 In the 1990s, the oligarchs had the upper hand with the Kremlin and could even dictate policy at times. Under Yeltsin, multiple oligarchs assumed formal positions in the government, and anecdotes abounded describing coffers of cash being carried into the Kremlin in exchange for political favors.

But since the 2000s Putin has been calling the shots. Essentially, Putin proposed a deal: The oligarchs would stay out of politics, and the Kremlin would stay out of their businesses and leave their often illegitimate gains alone.

Furthermore, popular disappointment with the privatization of the 1990s facilitated its partial rollback in the 2000s. Putin’s Kremlin applied political pressure on oligarchs in strategic industries like media and natural resources to sell controlling stakes back to the state. Putin also passed laws that gave preferential treatment to the so-called state corporations. These moves secured the Kremlin’s control over the economy – and over the oligarchs.

The Three Shades of Oligarchy

Today, three types of oligarchs stand out in terms of their proximity to power.

First come Putin’s friends, who are personally connected to the president. Many of Putin’s close friends – particularly those from his St. Petersburg and KGB days – have experienced a meteoric rise to extreme wealth. A few of Putin’s closest oligarch friends from St. Petersburg are Yuri Kovalchuk, often referred to as Putin’s “personal banker”; Gennady Timchenko, whose key asset is the energy trading firm Gunvor; and the brothers Arkady and Boris Rotenberg, who own assets in construction, electricity and pipelines. All of these individuals have been sanctioned.

The second group includes leaders of Russia’s security services, the police and the military – known as “siloviki” – who have also leveraged their networks to amass extreme personal wealth. Some of these so-called “silovarchs” are former KGB, and now FSB, intelligence officers who had eyed the Yeltsin-era oligarchs’ power and wealth jealously and obtained both under Putin. The man reputed to be the informal leader of the siloviki is Igor Sechin, chairman of oil giant Rosneft, widely seen as the second-most powerful person in Russia.

Finally, the largest number of Russian oligarchs are outsiders without personal connections to Putin, the military or the FSB. Indeed, some current outsiders are the 1990s-era oligarchs. While Putin selectively crushed politically inconvenient or obstreperous oligarchs after coming to power, he did not seek to systematically “eliminate oligarchs as a class,” as he had promised during his initial election campaign. For example, oligarchs such as Vladimir Potanin and Oleg Deripaska, who accumulated their wealth in the 1990s, regularly feature in the lists of richest Russians today.

Make no mistake: Regardless of their type, the oligarchs have helped Putin stay in power through their political quiescence and economic support of the Kremlin’s domestic initiatives.

Furthermore, my research highlights instances in which oligarchs used their wealth – in terms of jobs, loans or donations – to influence politicians in other countries. For example, in 2014 the Russian bank FCRB lent 9.4 million euros (US$10.3 million) to the populist anti-EU party of Marine Le Pen in France, creating a political debt to Russia. And in 2016, Lukoil, Russia’s second-largest oil company, paid a $1.4 million government fine for Martin Nejedly, a key adviser to the Czech president in 2016, which allowed Nejedly to keep his influential position. This helped make Czech President Milos Zema “one of the Kremlin’s most ardent sympathizers among European leaders.”

Some oligarchs appear to initiate such geopolitically significant transactions voluntarily to create rapport with the Kremlin. While it is difficult to establish direct causal links between what I dub the oligarchs’ “geopolitical volunteering” and their beneficiaries’ pro-Kremlin policies, there is strong anecdotal evidence that oligarchs’ financing facilitates the adoption of pro-Putin positions in countries outside Russia.

Furthermore, my research on the concealment of corporate political activity suggests that using ostensibly nonpolitical intermediaries such as private companies is a key strategy through which organizations like the Kremlin can hide their political activity.

This brings us to the most important question on many people’s minds: As the sanctions decimate oligarchs’ wealth, could that prompt them to abandon Putin or change the course of the war?

Some oligarchs are already speaking out against the war, such as Alfa Group Chairman Mikhail Fridman and metals magnate Oleg Deripaska – both of whom have been sanctioned by the West. Lukoil also called for the war’s end. Although Lukoil is not currently under direct sanctions, oil traders are already shunning its products in anticipation.

I believe we will see increasingly vocal opposition to the war from the oligarchs. At the very least, their willingness to do the Kremlin’s dirty work by trying to influence Western politicians will likely subside significantly.

But there are two crucial limits to their influence and ability to affect Putin’s behavior.

For one thing, the oligarchs do not work well together. In Russia’s “piranha capitalism,” these billionaires have mostly sought to outcompete their rivals for government largesse. Individual survival with a view to the Kremlin, not the defense of common interests such as sanctions’ removal, has been the oligarchs’ modus operandi. The Kremlin, for its part, has promised state support to sanctioned companies, especially in the banking sector.

More importantly, it is the guns, not the money, that speak loudest in the Kremlin today. As long as Putin retains his control over the siloviki – the current and former military and intelligence officers close to Putin – the other oligarchs, in my view, will remain hostages to his regime.

The generals are more likely to sway Putin than the oligarchs – and an economic collapse may be even more convincing still.

Republished with permission from The Conversation, by Stanislav Markus, Associate Professor of International Business, University of South Carolina